Do you favor research on intentionally changing Earth’s climate?

A survey finds that people in the U.S., Canada and the U.K. largely support this research but are cautious about implementing intentional climate changes.

An international survey – published on October 24, 2011 in the journal Environmental Research Letters – finds that people in the United States, Canada and the United Kingdom largely support geoengineering research – that is research aimed at reversing climate change, should such a reversal become necessary. But, the survey shows, people are more cautious when it comes to the deployment of geoengineering technologies that would actually attempt to alter our climate.

Climate engineering – or “geoengineering” – is the process of deliberately altering the physical, chemical or biological components of Earth’s systems as a strategy to reduce risks associated with climate change.

According to the American Meteorological Association, proposed climate engineering techniques typically fall into three broad categories: (1) the removal of greenhouse gases such as carbon dioxide from the atmosphere, (2) reflecting sunlight away from the Earth and (3) other techniques designed to diminish climate warming and its impacts. 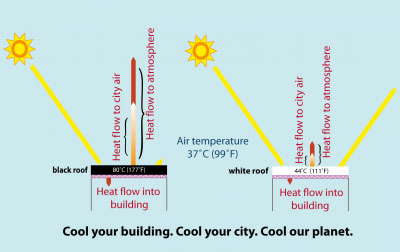 Cool roofs can help save lives during heat waves. Image Credit: US Department of Energy.

In December 2010, three researchers from the University of Calgary, Harvard University and Simon Fraser University conducted a public survey to assess how widespread knowledge of climate engineering was. The survey consisted of 18 questions and was sent out to residents in the United States, Canada and the United Kingdom. The responses received from 2893 people were used for their analyses. The majority of the respondents were from the United States.

In response to a question about solar radiation management, 72% of the respondents said that they supported scientific study of the technology but support fell when subjects were asked if they would approve of immediate deployment of this technology.

Ashley Mercer, lead author of the study and doctoral candidate at the Institute for Sustainable Energy, Environment and Economy at the University of Calgary, stated in a press release:

I think this is the first in line of many studies that will show that solar radiation management intersects with people’s political and environmental attitudes in surprising ways. The results suggest that dialogue surrounding this topic needs to be broadened to include ideas of risk, values and trade-off.

David Keith, professor in the School of Engineering and Applied Sciences at Harvard University and co-author of the study also commented in the press release:

Some reports have suggested that opposition to geoengineering is associated with environmentalists, but our results do not support this view. We found that geoengineering divides people along unusual lines. Support for geoengineering is spread across the political spectrum and is linked to support for science concern about climate change.

The study was the first international survey on public perceptions of climate engineering. The authors hope that their findings will increase the likelihood that people will be informed and effectively engaged in future climate engineering discussions. 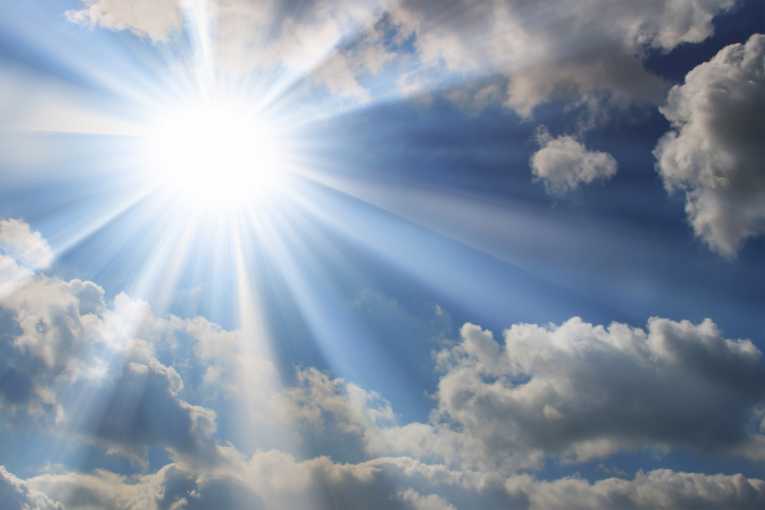 Are you in favor of research to intentionally change Earth’s climate, should such a change become necessary? Via earthtimes.com

Is geoengineering a scary or sensible solution?