Nano particles in sunscreens have been found to harm marine worms, crustaceans, algae, fish and mussels. A new study shows their negative effect on sea urchin embryos, too. 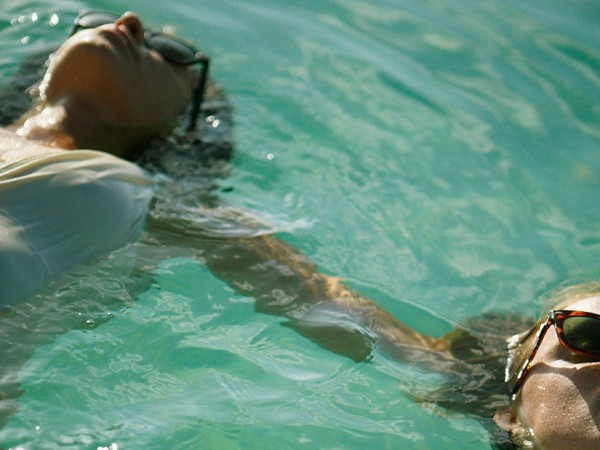 Researchers in China and California have released a new study further suggesting the possibility that nanoparticles in sunscreens are not healthy for creatures that live in the water. Their study focuses on sea urchin embryos and shows that nanomaterials in sunscreen and on boat-bottom paints make these sea animals more vulnerable to toxins. This new study is the latest in a series of studies by researchers in various parts of the world, suggesting that nano-sunscreens may be harmful to sea animals (other studies have focused on marine worms, crustaceans, algae, fish and mussels). The new study was published earlier this spring (April 7, 2015) in Environmental Science and Technology.

Nanoparticles in sunscreens are a relatively new innovation that many use. Why? Some people like them because they provide good sun protection while letting sunscreens appear clear on the skin. Others purchase them in sunscreens without knowing they are doing so. A nanometer is 100,000 times smaller than the diameter of a human hair. Studies have indicated that the nanoparticles can enter the body through the skin, ingestion, or inhalation. Nanoparticles also wash off in water, and the evidence shows that they may pose a risk to coastal, marine, and freshwater environments.

The April 7, 2015 study is the first to show that the nanomaterials work as chemosensitizers. In cancer treatments, a chemosensitizer makes tumor cells more sensitive to the effects of chemotherapy.

Similarly, nanozinc and nanocopper made developing sea urchin embryos more sensitive to other chemicals, blocking transporters that would otherwise defend them by pumping toxins out of cells.

Nanozinc oxide is used as an additive in cosmetics such as sunscreens, toothpastes, and beauty products. Nanocopper oxide is often used for electronics and technology, but also for antifouling paints, which prevent things like barnacles and mussels from attaching to boats.

Study coauthor Gary Cherr is professor and interim director of the University of California, Davis, Bodega Marine Laboratory, and an affiliate of the UC Davis Coastal Marine Sciences Institute. Cherr said in a statement.

At low levels, both of these nanomaterials are nontoxic. However, for sea urchins in sensitive life stages, they disrupt the main defense mechanism that would otherwise protect them from environmental toxins.

When they were exposed to these nanomaterials, even in extremely low concentrations that you wouldn’t expect to have an effect, we saw all sorts of unusual patterns of development. 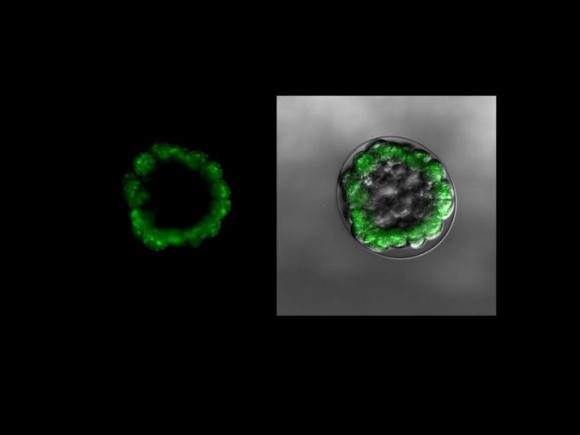 White sea urchin embryo exposed to nano-zinc oxide, commonly found in sunscreens. The green dye shows that other toxic substances are retained in the embryo when it is exposed to the nanoparticles, rather than being pumped out by its natural defense mechanisms. Photograph courtesy of UC Davis Bogega Marine Laboratory via National Geographic.

Nanomaterials are showing up more and more in fields like electronics, medicine, and technology, where they are being used to make energy efficient batteries, clean up oil spills, and fight cancer, among many other uses. However, relatively little is known about nanomaterials with respect to the environment and health.

The Environmental Working Group (EWG), an advocacy organization, does support the use of nano-sunscreens for their strong and stable sun protection. However, the EWG acknowledged that little is known about these sunscreens’ effect on the environmental and said on their website:

The potential negative environmental effects of nano-scale and conventional zinc and titanium should be carefully studied and weighed against the environmental impact of other UV blockers. Sunscreen ingredients have been shown to damage coral, accumulate in fish and the environment and disrupt hormones in fish and amphibians. (Buser 2006, Danovaro 2008 Giokas 2007, Kunz 2004, Kunz 2006, Weisbrod 2007).

For all sunscreens, including nanoscale zinc and titanium, there is an urgent need to carry out thorough environmental assessments so that regulators have the data they need to begin to control hazards associated with widespread use of these and other chemical ingredients in personal care products.