Nearly 4,000 species of microorganisms were found in the cold, dark waters of Lake Whillans, which sits about half a mile below Antarctica’s ice sheet.

One of the “coolest” science papers to be published in 2014 was this summer’s announcement in the journal Nature that diverse microbes are thriving in a subglacial lake deep beneath the Antarctic ice sheet. Nearly 4,000 species of microorganisms were found in the cold, dark waters of Lake Whillans, which sits about half a mile below the surface of the ice. The presence of microbes in one of Earth’s harshest environments could have implications for discovering life elsewhere in the solar system. 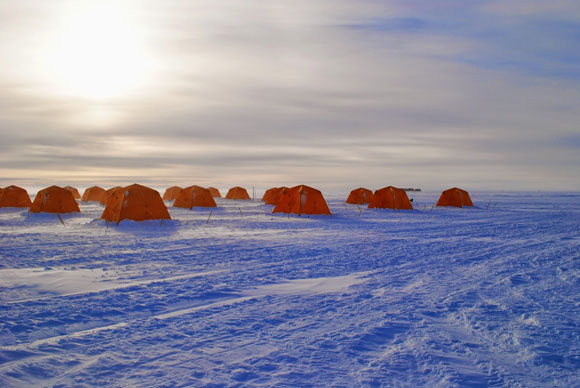 Living tents at Lake Whillans. which is located under the Whillans Ice Stream at the southeastern edge of the Ross Ice Shelf in west Antarctica. Image Credit: A. Michaud.

On January 27, 2013, a research team led by John Priscu of Montana State University drilled successfully through 800 meters of ice (0.5 miles) to reach the waters of Lake Whillans, where they retrieved pristine samples of water and sediment. They used a hot water drilling system that was equipped with disinfectants, ultraviolet radiation, and filtration technologies to ensure that the samples were free of contamination. Samples of water and sediment were brought back to the laboratory and analyzed for the presence of microorganisms. 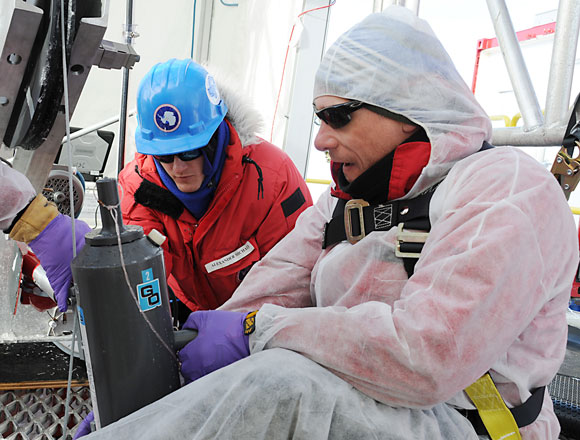 Back in the laboratory, scientists isolated the genetic material (ribosomal RNA gene sequences) and detected nearly 4,000 species of bacteria in the water and almost 2,500 species of bacteria in the sediment. Not only was the number of species high, but the total number of bacterial cells in the water was high too—the density amounted to 130,000 cells per milliliter of water. Other tests confirmed that these microorganisms were metabolically active.

The findings were published in the journal Nature on August 21, 2014. Brent Christner, lead author of the new study, is a microbiologist at Louisiana State University. He commented on the high cell counts in a news article:

I think we were all surprised by that number. We’ve got lakes here on campus that we can take samples of and the numbers are about in that range. 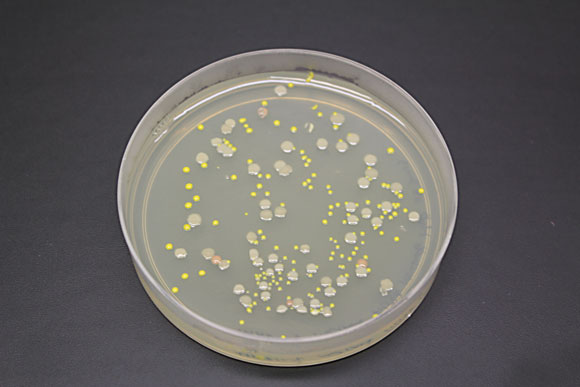 The new findings also hint at where to look for life elsewhere in our solar system. Both Saturn’s moon Enceladus and Jupiter’s moon Europa are believed to have thick crusts of ice that sit on top of liquid oceans.

Europa has an icy shelf and liquid water beneath it, just like we find in the Antarctic system, which allows us to draw some conclusions about what we might find there. I’d love to be around when we finally penetrate that environment to look for life.

Bottom line: A diverse and metabolically active microbial ecosystem was found thriving in Lake Whillan, a subglacial lake in Antarctica that is located half a mile beneath the ice sheet. The new findings were published in the journal Nature on August 21, 2014.

Microbes on or within Saturn’s moon Enceladus?