With water dropping 150 meters (490 feet) through a thick patch of cloud forest, San Rafael Waterfall was one of Ecuador’s most captivating landscapes and attracted tens of thousands of visitors per year. But on February 2, the water stopped flowing. 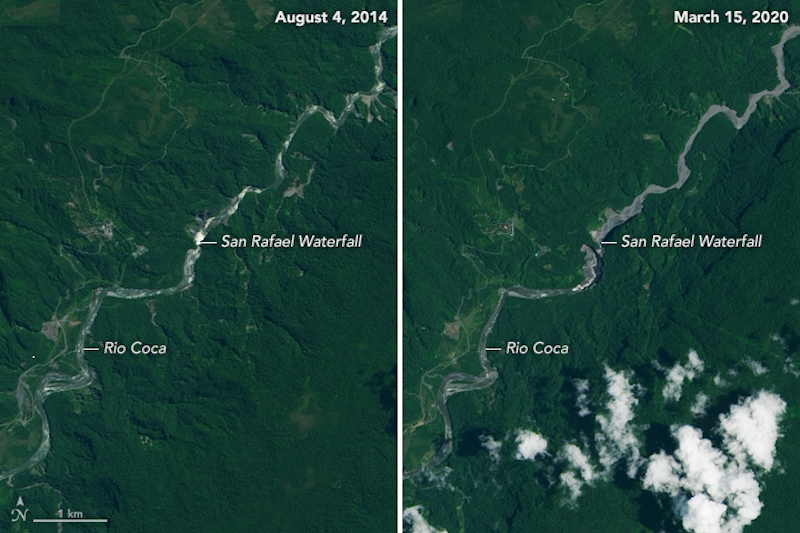 The images above show the falls and the surrounding river basin while water still flowed on August 4, 2014 (left) and after it stopped on March 15, 2020 (right). These images were acquired by the Operational Land Imager (OLI) on the Landsat 8 satellite. Image via NASA Earth Observatory.

Surrounded by lush vegetation and rare butterflies, the San Rafael Waterfall was one of the most captivating landscapes in Ecuador. With water dropping 490 feet (150 meters), the river and falls cut through a thick patch of cloud forest at the intersection of the Andes Mountains and the Amazon Basin. As the country’s tallest waterfall, it attracted tens of thousands of visitors per year.

But now, the cascade has disappeared. It stopped flowing on February 2, 2020. 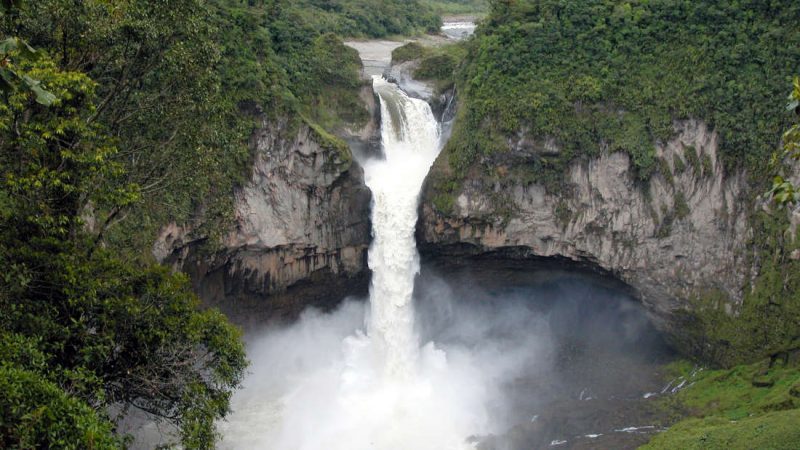 San Rafael Falls in November 2012, when water was still flowing. Image via Ministry of Tourism Ecuador. 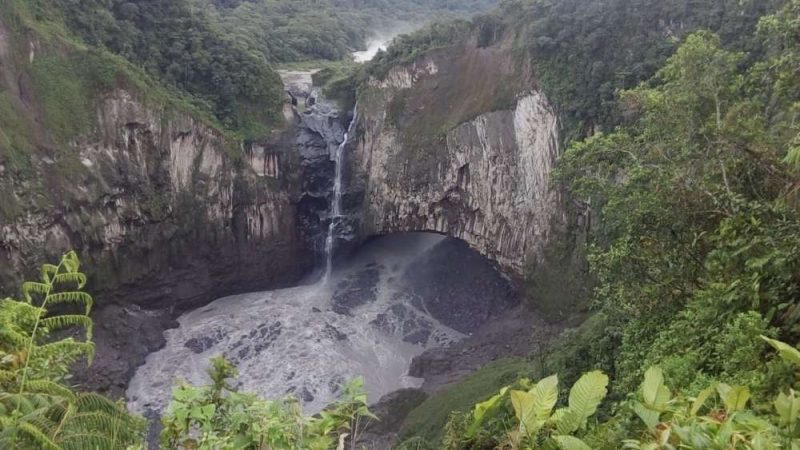 The San Rafael Waterfall taken on February 2, 2020. Image via Ministry of Environment Ecuador.

According to media reports, a huge sinkhole appeared in the Coca River a few meters (yards) before the falls and diverted the watercourse. Now, the water falls in three separate sections and at a less steep slope, which cannot be seen from viewing stations located around the original waterfall. Researchers believe the three streams could cause erosion at the channel’s origin and create a river upstream, which might change the topography of the valley.

The cause of the sinkhole is under investigation. Some geologists think the deformation occurred naturally, while other researchers suspect it may be tied to the new construction of the country’s largest hydroelectric plant. No matter the cause, Ecuador’s tourism ministry does not plan to reconstruct the riverbed or restore San Rafael. The waterfall is now part of history.