New research suggests that dinosaurs were in decline tens of millions of years before the meteorite impact that finished them off. 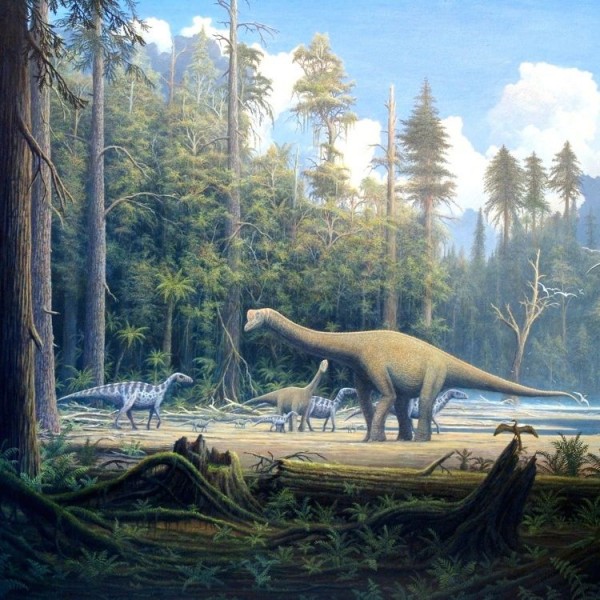 Artist’s concept of dinosaurs, via Gerhard Boeggemann at Wikimedia Commons.

New research published April 19, 2016 in the journal Proceedings of the National Academy of Sciences suggests that dinosaurs were in evolutionary decline tens of millions of years before the meteorite impact that finally finished them off.

Scientists think that a giant asteroid’s impact with Earth 66 million years ago threw up millions of tons of dust, blacking out the sun, causing short-term global cooling and widespread loss of vegetation. This ecological disaster meant that large animals reliant on the abundance of plants died out, along with the predators that fed on them.

The new research suggests that other factors, such as the break-up of continental land masses, sustained volcanic activity and other ecological factors, might have influenced the gradual decline of dinosaurs. The long-necked giant sauropod dinosaurs were in the fastest decline, whereas theropods, the group of dinosaurs that include the iconic Tyrannosaurus rex, were in a more gradual decline before the asteroid hit, the research suggests.

Paleontologists previously thought that dinosaurs were flourishing right up until the massive meteorite impact 66 million years ago. By using a sophisticated statistical analysis in conjunction with information from the fossil record, the study suggests that dinosaur species were going extinct at a faster pace than new ones were emerging from 50 million years before the meteorite hit. Manabu Sakamoto of University of Reading is the paleontologist who led the research. Sakamoto said:

We were not expecting this result. While the asteroid impact is still the prime candidate for the dinosaurs’ final disappearance, it is clear that they were already past their prime in an evolutionary sense … While a sudden apocalypse may have been the final nail in the coffin, something else had already been preventing dinosaurs from evolving new species as fast as old species were dying out.

This suggests that for tens of millions of years before their ultimate demise, dinosaurs were beginning to lose their edge as the dominant species on Earth.

Mike Benton of the University of Bristol is one of the co-authors of the research. He said:

All the evidence shows that the dinosaurs, which had already been around, dominating terrestrial ecosystems for 150 million years, somehow lost the ability to speciate fast enough. This was likely to have contributed to their inability to recover from the environmental crisis caused by the impact.

This observed decline in dinosaurs, the researchers say, would have had implications for other groups of species. Chris Venditti is an evolutionary biologist from the University of Reading and co-author of paper. Venditti said:

The decline of the dinosaurs would have left plenty of room for mammals, the group of species which humans are a member of, to flourish before the impact, priming them to replace dinosaurs as the dominant animals on earth. 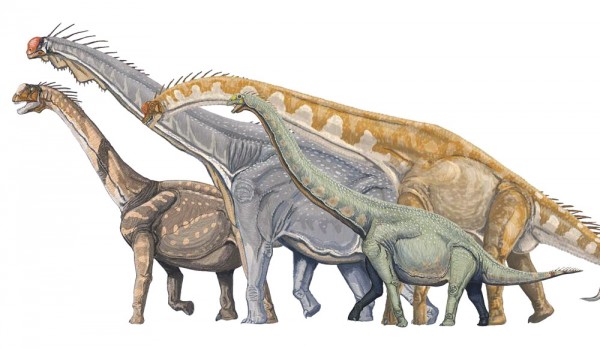 Bottom line: Research published April 19, 2016 in the journal Proceedings of the National Academy of Sciences suggests that dinosaurs were in evolutionary decline tens of millions of years before the meteorite impact 66 million years ago that finally finished them off.