Scientists working with iron oxide have discovered that the mineral conducts electricity more readily under the extreme pressures and temperatures found in Earth’s deep interior. The finding could alter our understanding of the behavior of Earth’s magnetic field, which protects our planet from harmful cosmic rays. 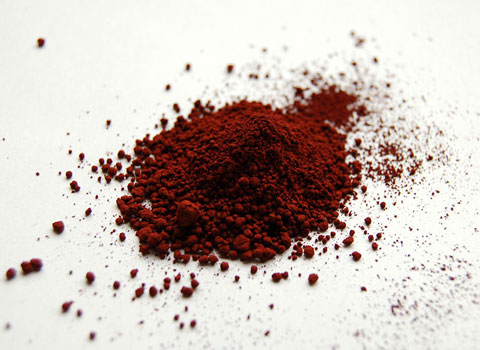 While scientists cannot journey to the center of the Earth to study the iron oxide that resides there, they can recreate the extreme pressures and temperatures found in the mantle in a laboratory thanks to new technologies.

To study the behavior of iron oxide in Earth’s deep interior, a team of scientists from Japan and the United States subjected a sample of the mineral to pressures up to 1.4 million times atmospheric pressure and temperatures up to 4000 degrees Fahrenheit (2478 degrees Kelvin) – conditions on par with those at the core-mantle boundary.

Most minerals will undergo structural, chemical and electronic changes under extreme pressures and temperatures. Contrary to what the scientists expected to observe, iron oxide did not undergo a change in its chemical structure under the experimental conditions that were tested, but the mineral did display an enhanced ability to conduct electricity – a property the scientists refer to as metallization.

Ronald Cohen is a senior scientist at the Carnegie Institution for Science’s Geophysical Laboratory and co-author of the study on iron oxide in Earth’s deep interior. In a press release, Cohen further explained the team’s research results:

At high temperatures, the atoms in iron oxide crystals are arranged with the same structure as common table salt, NaCl. Just like table salt, FeO at ambient conditions is a good insulator—it does not conduct electricity. Older measurements showed metallization in FeO at high pressures and temperatures, but it was thought that a new crystal structure formed. Our new results show, instead, that FeO metallizes without any change in structure and that combined temperature and pressure are required. Furthermore, our theory shows that the way the electrons behave to make it metallic is different from other materials that become metallic.

The scientists predict that an increase in electrical conductance of iron oxide at the core-mantle boundary could impact the way the Earth’s magnetic field is propagated to the surface of the planet. Cohen commented:

The metallic phase will enhance the electromagnetic interaction between the liquid core and lower mantle. This has implications for Earth’s magnetic field, which is generated in the outer core. It will change the way the magnetic field is propagated to Earth’s surface, because it provides magnetomechanical coupling between the Earth’s mantle and core. 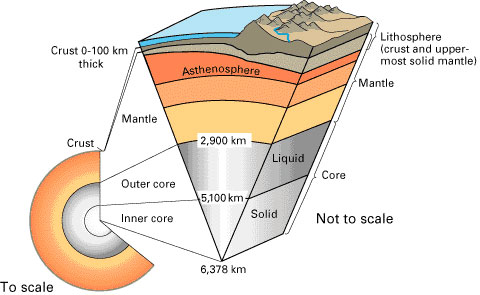 Russell Hemley, director of the Geophysical Laboratory at the Carnegie Institution for Science noted in the press release:

The fact that one mineral has properties that differ so completely—depending on its composition and where it is within the Earth—is a major discovery.

A preview of the study on the behavior of iron oxide in Earth’s deep interior was released on December 21, 2011, and the study will be published in full in an upcoming issue of Physical Review Letters.

What keeps the Earth cooking?