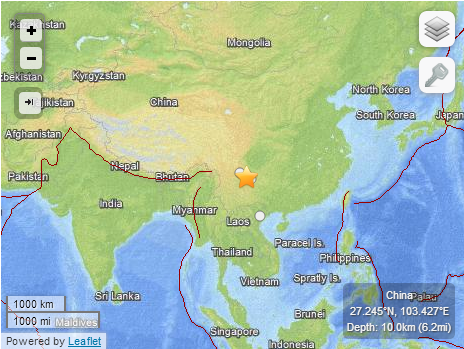 Location of the 6.1 quake in China. Image Credit: USGS

Search and rescue efforts are underway today as workers attempt to find survivors still stuck in collapsed buildings across parts of southern China. The U.S. Geological Survey (USGS) reported a strong earthquake – 6.1 magnitude – that shook this region on Sunday, August 3, 2014, causing significant damage, injuries and deaths. This morning (August 4), AP is reporting 12,000 homes toppled during the quake, with 398 deaths and some 1,800 injuries. Nearly 30,000 buildings are reported to be significantly damaged. The quake occurred 11 kilometers (7 miles) west-northwest of Wenping, China in the Yunnan province at 4:30 p.m. local time. Areas significantly impacted by the quake include Liupanshui, Guizhou, China.

A majority of the deaths occurred in Zhaotong City. According to CNN, over 2,500 troops are currently in the area to rescue people possibly trapped in debris. Search and rescue is the number one priority for the Chinese. Several thousand people were forced to leave their home as the buildings were not structurally sound.

Aftershocks are possible over the next several days, which could hinder the recovery efforts.

Why was there so much damage from this relatively moderate, 6.1-magnitude earthquake? The structural integrity of the buildings played a role. Many homes in the area were reportedly not built to withstand strong earthquakes greater than 5.5.

With this very substantial and widespread damage occurring with the quake, economic losses are expected to climb high. Nearly 109 thousand people live in Zhaotong alone, with another thousand or so in Wenping, who also felt the violent Earth shaking beneath their feet. 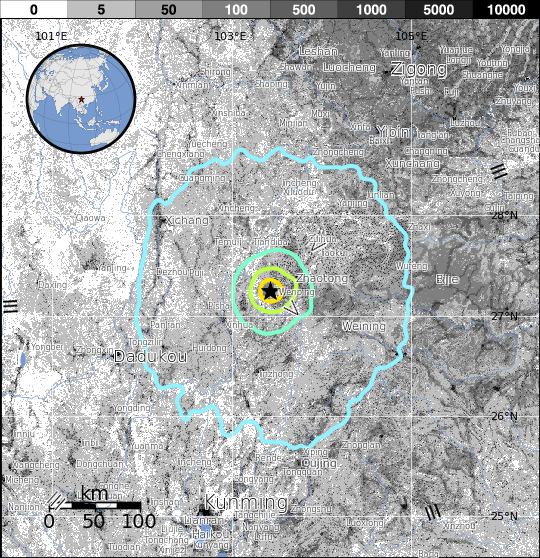 Where the quake was felt in southern China. Image via USGS 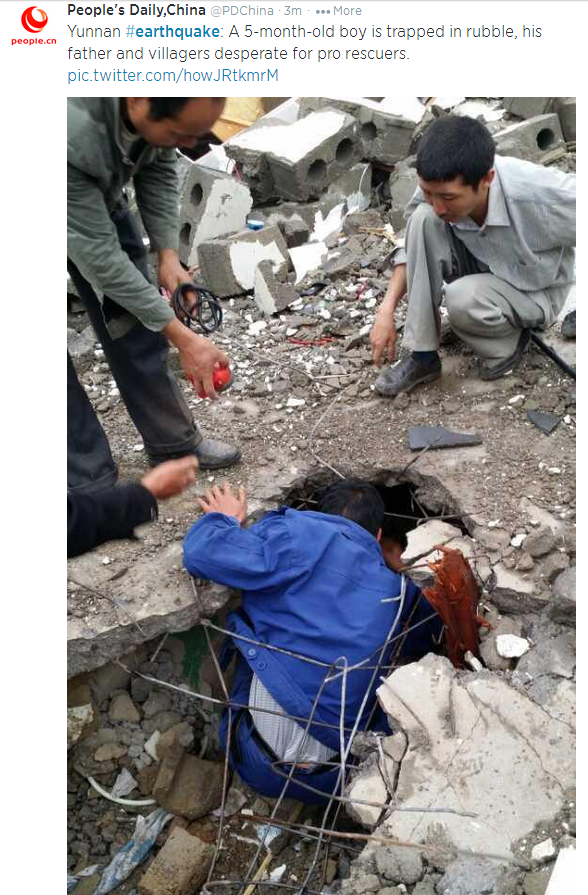 Bottom line: A powerful earthquake struck southern China near Zhaotong City in the Yunnan province on August 3, 2014 at about 4:30 p.m. local time. The 6.1-magnitude quake had a depth of 10 kilometers (6.2 miles). Reports early on August 4 are of 12,000 homes collapsed, at least 398 dead and 1,800 injuries.. It is likely that this number will grow as workers continue to find people under the rubble.