African cuckoo finches are more devious than previously thought. It’s been long known that they’re brood parasites, birds that lay their eggs in the nests of other bird species, leaving their chicks to be raised by unwitting foster parents. In trying to fool the host parent, cuckoo finches produce eggs that closely resemble those of the host. Recently, scientists have discovered that cuckoo finches have a unique way to reduce the chances of their eggs being rejected, by laying more than one egg in a host’s nest. This confuses the host parent, making it harder to distinguish between its own eggs and those from the cuckoo finch. Their findings were published September 24, 2013 in the journal Nature Communications. 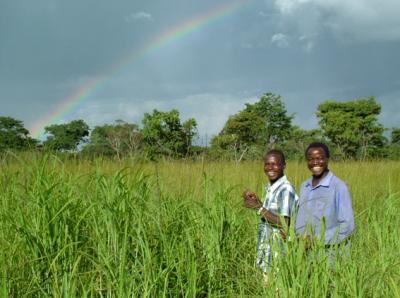 The paper’s lead author, Dr. Martin Stevens, from the University of Exeter, said in a press release:

Our work shows that by laying multiple eggs in each host nest, the cuckoo finch has evolved a novel strategy, in addition to egg mimicry, to defeat host defences and increase its reproductive success. Laying several eggs in a host nest causes confusion in host defences, and when combined with effective mimicry, they can outwit the hosts and help more of their young to be reared.

In the future it would be great to know whether other brood parasites have similar strategies, and whether there is any way that hosts can fight back in the arms race against the cuckoo finch.

Cuckoo finch eggs usually hatch before the host bird’s eggs, giving the cuckoo finch an edge over its foster siblings in demanding food. As a result, the host parent’s offspring usually don’t survive while the parents unwittingly continue to raise cuckoo finch chicks. 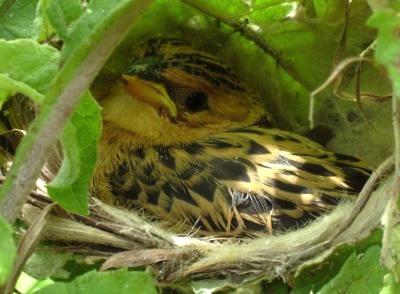 Meanwhile, host species have been adapting to defend themselves against the cuckoo finches. They produce eggs with a range of patterns and colors that they recognize as their own, making it harder for cuckoo finches to create forgeries. So, cuckoo finches have to take a chance that their eggs will bear enough of a resemblance to be accepted by the host parents.

How do the hosts distinguish between their eggs and those of the cuckoo finch? According to the researchers, host birds have a memorized model of what their eggs should look like; they need to be able to differentiate naturally occurring small variations in color and patterns in their eggs with the forgeries produced by cuckoo finches. The new findings reported in Nature Communications show that cuckoo finches, in a continuing evolutionary battle to gain the upper hand, have adapted to confuse the host birds by laying several eggs, making it harder for the host to distinguish between its own eggs and those left by the cuckoo finch. 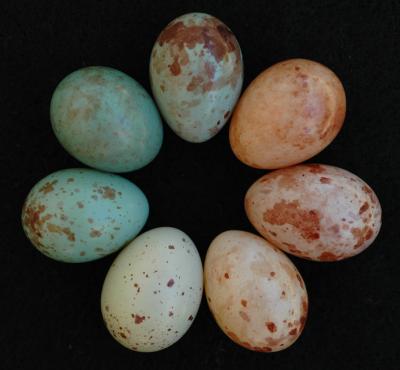 These are all cuckoo finch eggs, collected at a study site in Zambia. Each female cuckoo finch lays eggs that resemble one single host species. These eggs come from the nests of three different host species. Image Credit: Claire Spottiswoode.

Bottom line: African cuckoo finches lay their eggs in the nests of other bird species, leaving their chicks to be raised by unsuspecting foster parents. They do this by laying eggs that very closely resemble those of the foster parents. But these host birds are sometimes able to identify forgeries and remove them from the nest. In a paper published September 24 in Nature Communications, scientists have found that cuckoo finches increase their reproductive chances by laying several eggs in a host’s nest, hoping to confuse them into accepting some of the forgeries as their own.