A NOAA satellite captured this wondrous image of what might be a newly forming hurricane, Katia, building today in the eastern Atlantic.

When NOAA’s GOES-13 satellite passed over what meteorologists had been calling “Tropical Depression 12” this morning (August 30, 2011), it captured this wondrous image of a well-developed storm just as daylight broke in the eastern Atlantic. 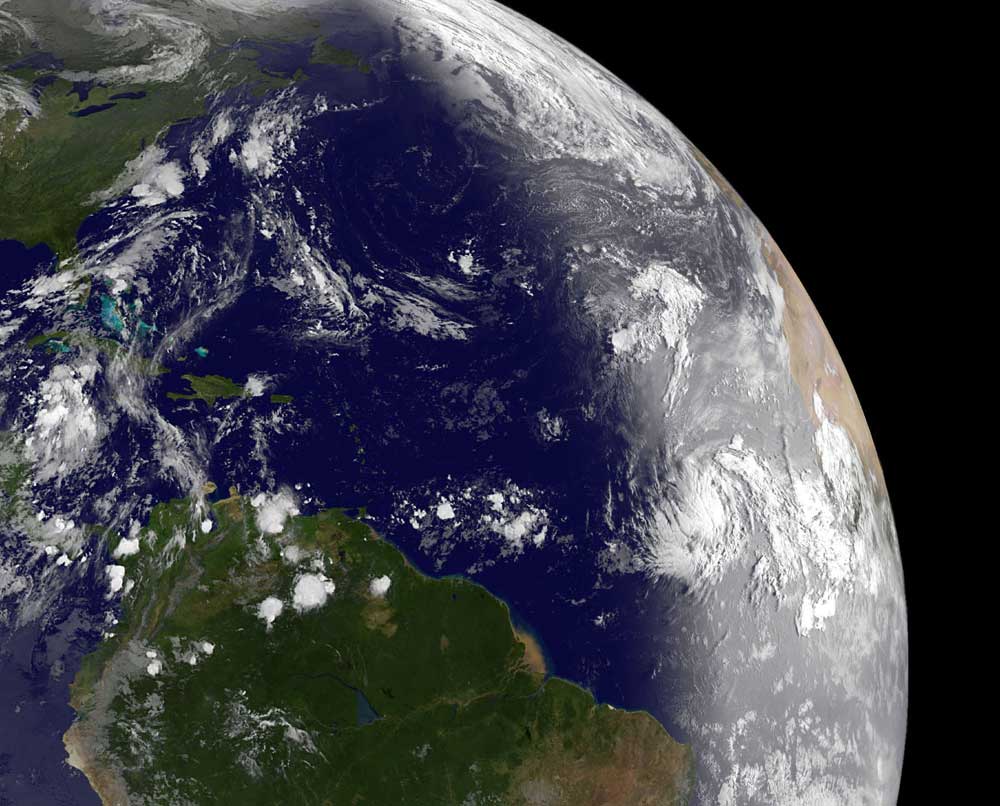 In this image, Katia is the swirl in the lower right quadrant. The bright vertical line on the Earth shows daylight to the east, and lingering night to the west.

The National Hurricane Center named Katia a tropical storm today (August 30) at 5 a.m. EDT (9:00 UTC). As newborn Katia speeds west-northwest, the current track projects it moving north of the Leeward Islands on the weekend. Because wind shear is light and sea surface temperatures are warm in the area where Katia is headed, the National Hurricane Center forecasts strengthening into a hurricane.

Bottom line: NOAA’s GOES-13 satellite captured this image of “Tropical Depression 12” on August 30, 2011 as daylight broke in the eastern Atlantic. The National Hurricane Center named Katia a tropical storm at 5 a.m. EDT (9:00 UTC) and forecasts it will strengthen into a hurricane.

More about this image from NASA