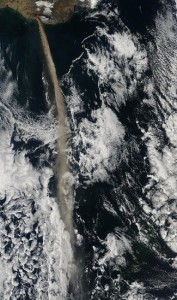 In 2010, Eyjafjallajokull volcano threw volcanic ash several kilometres up in the atmosphere which led to air travel disruption in northwest Europe for six days from 15 April to 21 of April and also in May 2010, including the closure of airspace over many parts of Europe

Thank you! Your submission has been received!
Oops! Something went wrong while submitting the form.
END_OF_DOCUMENT_TOKEN_TO_BE_REPLACED

Mares’ tails over the Pacific Northwest

Why and how fireflies light up