A 245-million-year-old fossil horseshoe crab, recently discovered in Idaho, has been named Vaderlimulus after Star Wars’ Darth Vader. It’s easy to see why. 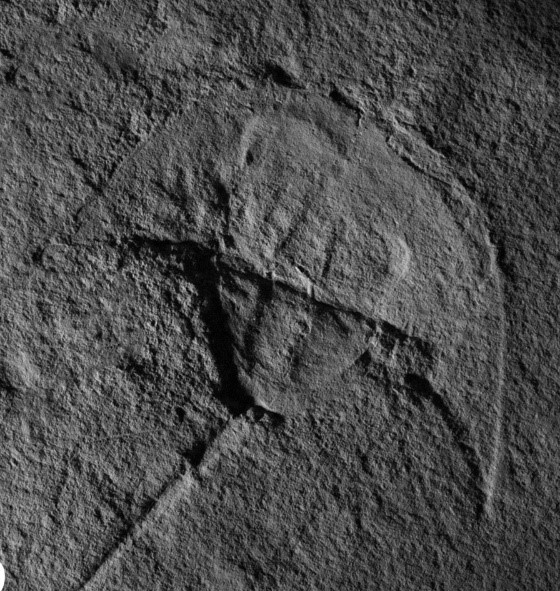 Image via New Mexico Museum of Natural Science and History.

Paleontologists have named a species of extinct horseshoe crab Vaderlimulus, after the villain Darth Vader from the Star Wars film series. That’s because the 245 million-year-old fossil horseshoe crab, recently discovered in Idaho, has a head shield that looks a lot like Darth Vader’s helmet (see image above.) Paleontologists described their findings in the December 2017 issue of the German paleontological journal Neues Jahrbuch für Geologie und Paläontologie, which is the world’s oldest paleontological journal. 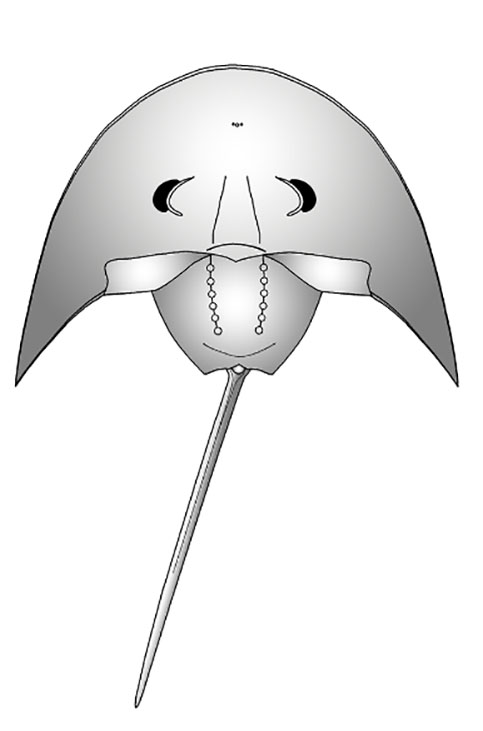 Image via New Mexico Museum of Natural Science and History.

There are only four species of horseshoe crabs alive today, and their populations are decreasing. They are not true crabs but are more closely related to scorpions and spiders.

Modern horseshoe crabs are often considered ‘living fossils’ because they’ve shown little apparent change in physical appearance over a vast period of geologic time. Allan J. Lerner, of the New Mexico Museum of Natural History and Science in Albuquerque, is the study’s lead author. He said in a statement:

Vaderlimulus, however, has unusual body proportions that give it an odd appearance.

This is one reason the paleontological team concludes that Vaderlimulus belonged to an extinct family, the Austrolimulidae. Members of this family were expanding their ecological range from marine into freshwater settings during the Triassic and often exhibit body modifications that provide them with a bizarre appearance by modern standards.