A new study finds that crocodiles climb trees. If you don’t believe it, here’s a photo. 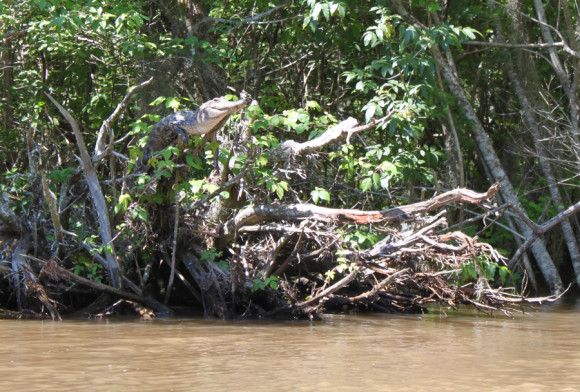 When most people envision crocodiles, they think of them waddling on the ground or wading in water, not basking on a tree branch. However, a University of Tennessee study, published in the journal Herpetology Notes, has found that the reptiles can climb trees as far as the crowns.

Vladimir Dinets, a research assistant professor in the Department of Psychology, and his colleagues observed crocodile species on three continents — Australia, Africa, and North America. They found that four species climbed trees. The smaller crocodiles were able to climb higher and further than the larger ones. Some species were observed climbing as far as four meters high in a tree and five meters down a branch.

The researchers believe that crocodiles climb trees for two reasons: regulating their body temperature, and surveying the area for potential threats and prey.

Read more from the University of Tennessee