Between March and May 2020, many people across Earth went into lockdown. During those months, seismographs recorded a drop in human-linked vibrations in the solid Earth, by an average of 50%.

You can see the human signal fall away as the world goes into lockdown. The first clip shows the ‘wave’ of noise dampening as the world locks down. The second shows the UK’s seismic noise

Seismometers measure seismic waves from big events such as earthquakes, volcanos, bombs and so on. At the same time, they pick up what’s called seismic noise – ambient vibrations – from things like wind, rivers, ocean waves and human activities (especially travel and industry). According to a new study by an international team of researchers, Earth’s seismic noise level dropped by an average of 50% between March and May 2020, during the Covid-19 lockdown.

In a July 23, 2020, statement from Imperial College London, which took part in the study, researchers said this quiet period was likely caused by the total global effect of social distancing measures, closure of services and industry, and drops in tourism and travel.

They said it is the longest and most pronounced quiet period of seismic noise in recorded history.

Before this study, scientists knew that human-generated noise tends to dampen during quiet periods, for example, over the Christmas and New Year holidays in the western hemisphere, over Chinese New Year in Asia, and even during weekends and overnight. However, the researchers said that the drop in vibrations caused by Covid-19 lockdown measures eclipse those seen during such periods. 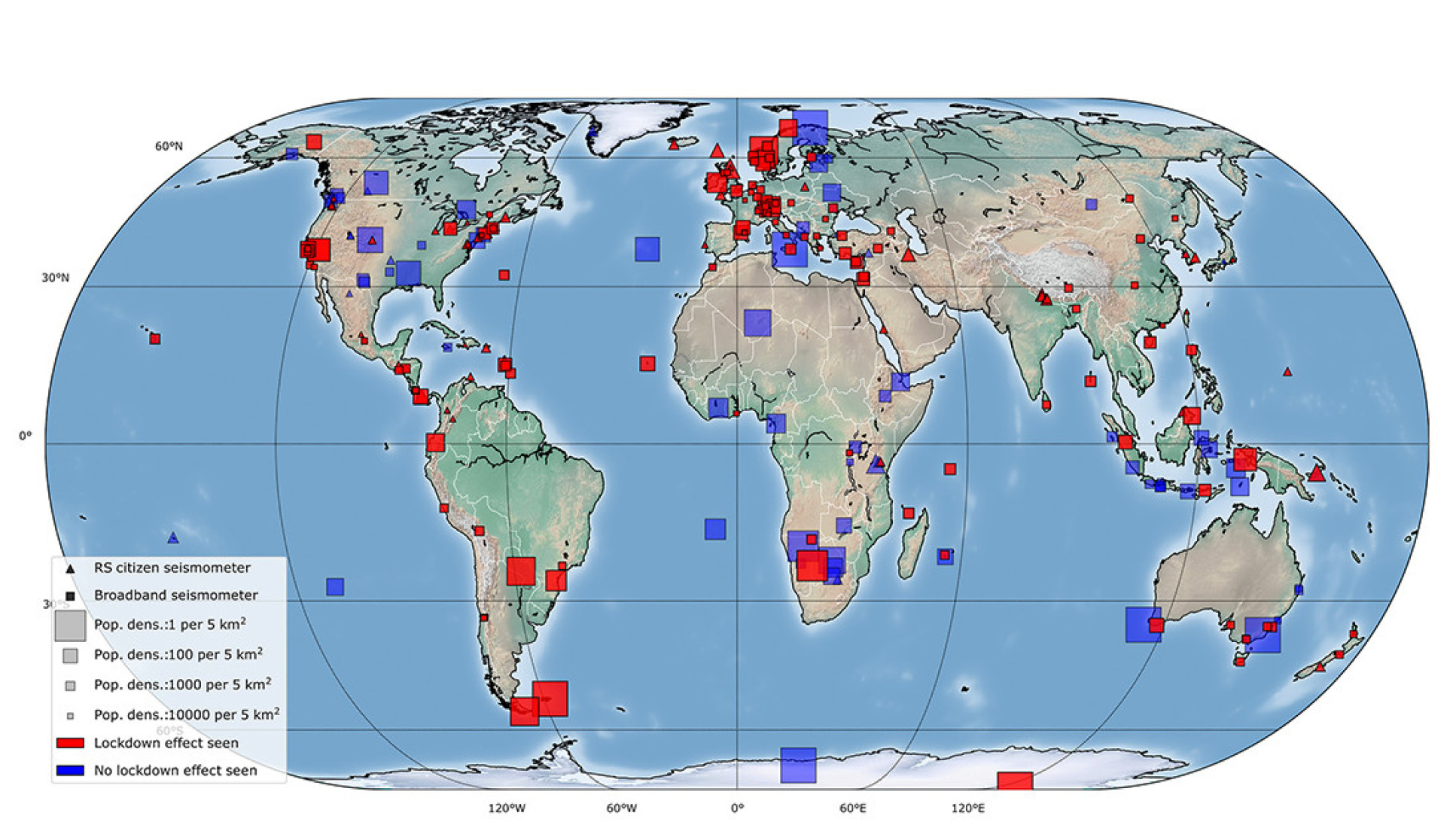 View larger. | This map shows 268 seismometers in 117 countries, 185 of which detected a drop on seismic noise between March and May 2020. Image via Imperial College London.

The strongest drops were found in urban areas, but the study also found signatures of the lockdown on sensors buried hundreds of meters underground …

Stephen Hicks from Imperial College London is a co-author of the study, which was published July 23 in the peer-reviewed journal Science. Hicks said in the scientists’ statement:

Our study uniquely highlights just how much human activities impact the solid Earth.

He added that the study could also let scientists see more clearly than ever what differentiates human and natural noise.

For this study, researchers looked at seismic data from a global network of 268 seismic stations in 117 countries. They found significant noise reductions compared to before any lockdown at 185 of those stations.

Beginning in China in late January 2020, and followed by Europe and the rest of the world in March to April 2020, researchers tracked the “wave” of quietening between March and May as worldwide lockdown measures took hold. 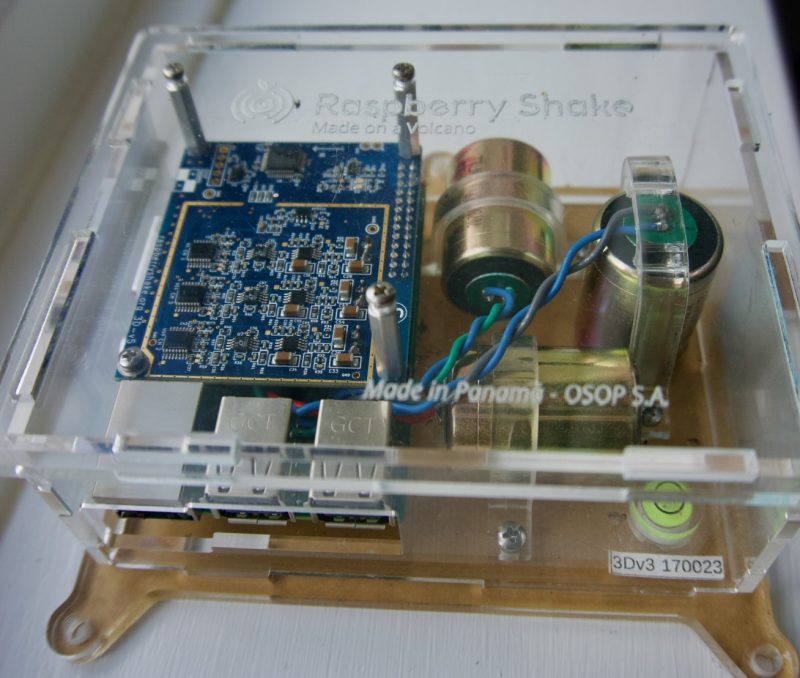 Citizen-owned seismometers (like the one pictured above), which tend to measure more localized noise, noted large drops around universities and schools around Cornwall in the U.K. and Boston in the U.S., a drop in noise 20% larger than seen during school holidays. Image via Imperial College London.

Countries like Barbados, where lockdown coincided with the tourist season, saw a 50% decrease in noise. This coincided with flight data that suggested tourists returned home in the weeks before official lockdown.

The study reports the first evidence that previously concealed earthquake signals, especially during daytime, appeared much clearer on seismometers in urban areas during lockdown. The study’s authors hope that their work will spawn further research on the seismic lockdown, as well as finding previously hidden signals from earthquakes and volcanoes. Hicks said:

The lockdowns caused by the coronavirus pandemic may have given us a glimmer of insight into how human and natural noise interacts with the Earth. We hope this insight will spawn new studies that help us listen better to the Earth and understand natural signals we would otherwise have missed.

Bottom line: The Covid-19 lockdown caused a 50% global reduction in human-linked Earth vibrations between March and May 2020.