While coral populations are declining in tropical waters, scientists have just detected an increase in subtropical areas, which could be good news for corals. 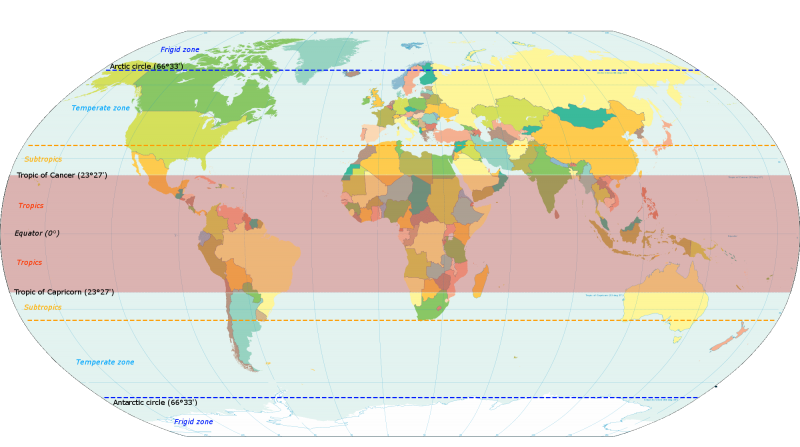 Map showing the location of Earth’s tropics and subtropics. Scientists have noted increased coral growth in the subtropics, the area between tropical and temperate latitudes, as climate warms. Map via Wikimedia Commons.

Scientists have detected increases in coral populations in subtropical waters, which could help to offset some of the coral declines in warming waters around the equator. The new research was published in the peer-reviewed journal Marine Ecology Progress Series on July 4, 2019.

Warming waters around the equator are inducing coral bleaching events and die-offs. Unlike fish and crustaceans, which are mobile and able to relocate to cooler waters when living conditions deteriorate, adult corals are sessile organisms for which migration is not possible. Hence, they are particularly susceptible to heat stress induced by El Niño events and climate change.

Coral larvae, however, are mobile. After new larvae are produced through fertilization, they swim around in the ocean for days to weeks searching for a nice hard spot to land. Once settled, the larvae metamorphosize into sessile polyps and form new coral colonies and reefs. Scientists routinely assess the recruitment of new coral larvae by placing artificial tiles around the ocean bottom and counting the number of polyps that develop over time. 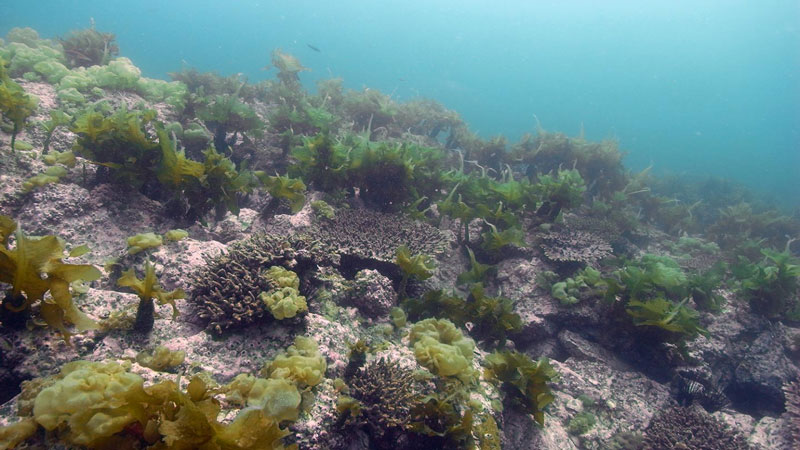 Nichole Price, lead author of the study and senior research scientist at the Bigelow Laboratory for Ocean Sciences, commented on the findings in a press release. She said:

Climate change seems to be redistributing coral reefs, the same way it is shifting many other marine species. The clarity in this trend is stunning, but we don’t yet know whether the new reefs can support the incredible diversity of tropical systems.

The scientists think that the best places for new coral recruitment in a future, warmer world may be in narrow zones just above tropical waters. At more northerly or southerly latitudes, coral growth would likely be limited by the low winter light intensity among other factors. Hence, despite the good news, coral conservation in tropical waters remains a critical issue. 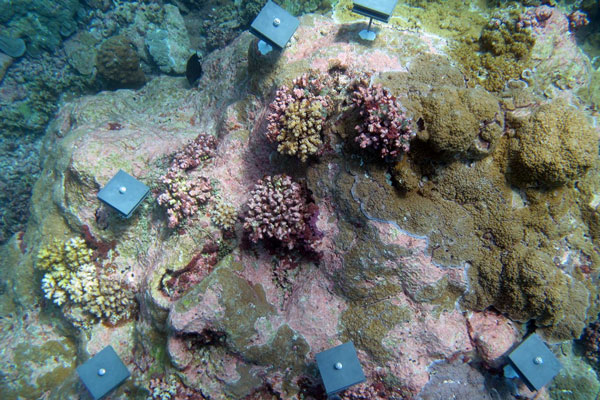 Coral recruitment tiles installed at the Palmyra Atoll National Wildlife Refuge for the study of new coral growth in the region. Image via Nichole Price, Bigelow Laboratory for Ocean Sciences.

So many questions remain about which species are and are not making it to these new locations, and we don’t yet know the fate of these young corals over longer time frames. The changes we are seeing in coral reef ecosystems are mind-boggling, and we need to work hard to document how these systems work and learn what we can do to save them before it’s too late.

The new research was published by an international team of 19 scientists, with funding support from the U.S. National Science Foundation and the Okinawa Institute of Science and Technology. 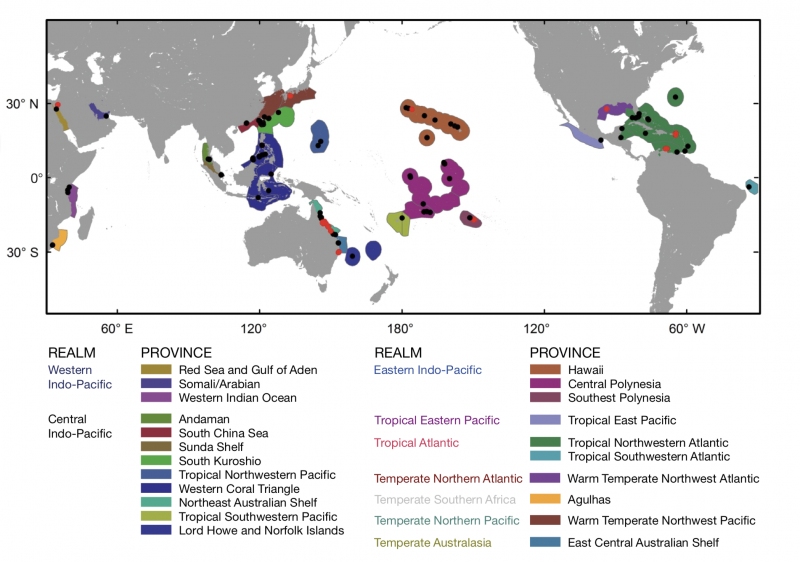 View larger. | Map showing the locations where coral recruitment data were collected (n = 185). Red dots show the sites where immersion tiles were deployed for a long-period of time (at least 4 years), and these were the data that were used in the analysis of recruitment changes.  Black dots show all other sites where recruitment data were collected, but short-term data were not used in the change analysis because of the low survivorship of very young coral polyps.  Map via Price et al.

Bottom line: New long-term data show that coral populations have declined by 85 percent in tropical waters over the past few decades, but risen by 78 percent in a narrow zone of cooler subtropical waters.