“It’s time to shift this conversation to what can be done to conserve these amazing organisms in the face of this unprecedented global bleaching event.” 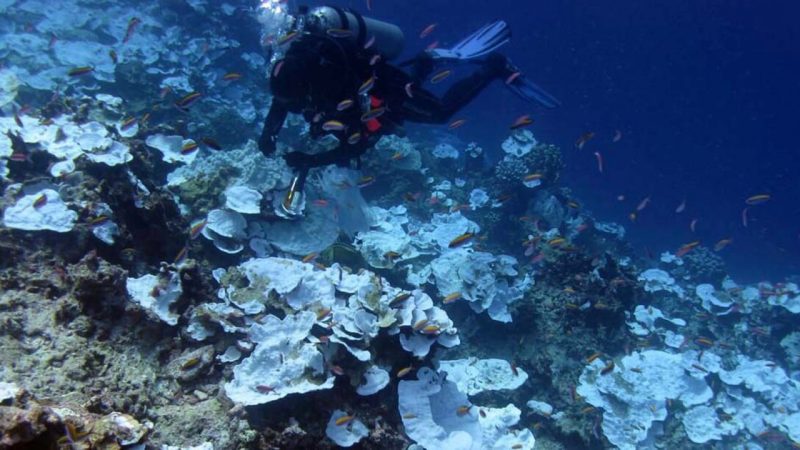 The National Oceanic and Atmospheric Administration (NOAA), whose scientists monitor the world’s coral reefs, reported on June 20, 2016 that many coral reefs across around the world will likely be exposed to higher-than-normal sea temperatures for an unprecedented third year in a row. They said they’re expecting continued coral bleaching – with no signs of stopping – in a global bleaching event that in February they called:

In February, these same scientists said that the length of the event means corals in some parts of the world have no time to recover before they are hit by more bleaching:

The current global bleaching event is hammering some reefs repeatedly.

Studies show that about 93 percent of Australia’s Great Barrier Reef was bleached as of April, 2016.

This past weekend – on June 26, 2016 – the world’s largest gathering of coral reef experts, approximately 2,000 scientists who’d been attending the International Coral Reef Symposium in Honolulu, joined together to send a letter to Australian officials calling for action to save the world’s reefs, and in particular the Great Barrier Reef.

The recent NOAA statement said that while the bleaching event is global, it will hit the U.S. hard:

… especially in Hawaii, Guam, the Commonwealth of the Northern Mariana Islands, Florida Keys, U.S. Virgin Islands and Puerto Rico. The deeper reefs in the Flower Garden Banks National Marine Sanctuary, 100 miles off the coast of Texas in the Gulf of Mexico, are also in the crosshairs.

In the United States, all coral reefs have seen above normal temperatures since mid-2014. More than 70 percent of U.S. reefs have been exposed to the prolonged high temperatures that can cause bleaching. 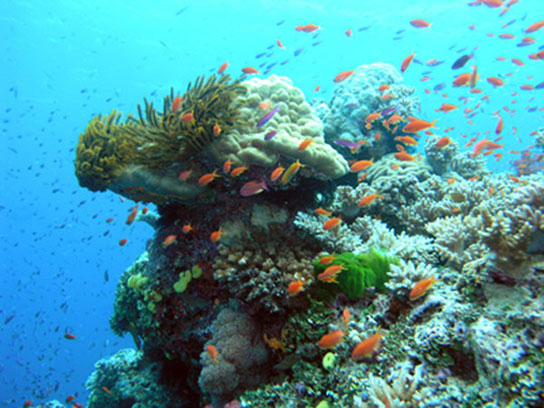 A diverse and healthy coral reef in the Great Barrier Reef, Australia. Image via David I. Kline/SciTechDaily

It’s time to shift this conversation to what can be done to conserve these amazing organisms in the face of this unprecedented global bleaching event. We have boots on the ground and fins in the water to reduce local stressors. Local conservation buys us time, but it isn’t enough. Globally, we need to better understand what actions we all can take to combat the effects of climate change.

The statement said NOAA is actively working with coastal resource managers and communities in coral reef areas to provide the best available science and tools to enhance reef resilience. The agency and its partners are also developing methods to assess the potential resilience of reefs so management officials can target and prioritize local conservation actions.

Coral bleaching happens when corals expel the algae living in their tissues, causing the coral to turn completely white. Too-warm water is one of the causes of coral bleaching.

NOAA also said that bleaching event is not always a death sentence for corals:

Corals are remarkably resilient creatures. Just as a healthy person is more able to fend off a cold, healthy corals are more likely to resist large-scale stress like a bleaching event. Resilient corals that do bleach have a better chance of recovering if ocean temperatures return to normal relatively quickly and other human impacts are kept at a minimum.

Follow @ProfTerryHughes on Twitter to keep updated on the coral bleaching situation. He is the Director of the Australian Research Center Centre of Excellence for Coral Reef Studies and has a great Twitter feed. 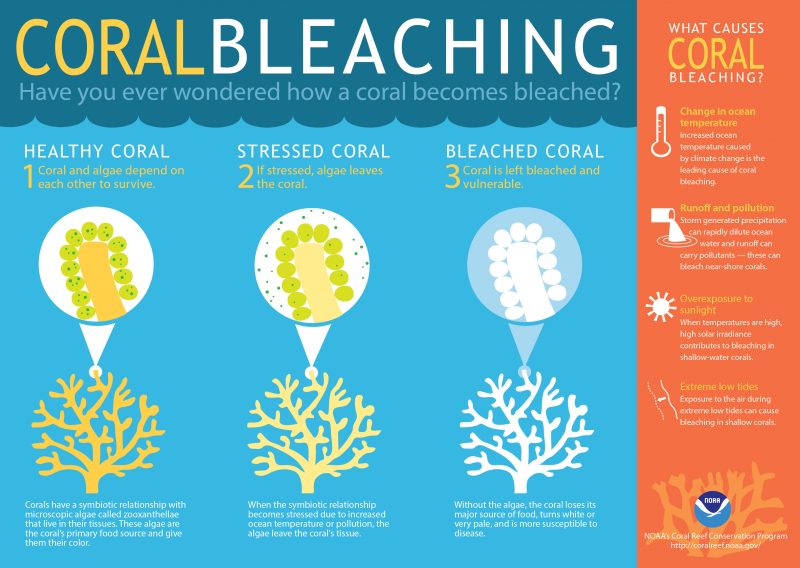 Bottom line: NOAA, which monitors the world’s coral reefs, said on June 20, 2016 that many coral reefs across around the world will likely be exposed to higher-than-normal sea temperatures for an unprecedented third year in a row. The agency said the warm oceans temps have been causing coral bleaching, and they’re expecting more bleaching – with no signs of stopping.