An extraterrestrial impact likely caused the dinosaur extinction 65 million years ago. Did a comet strike 10 million years later cause a global warming? 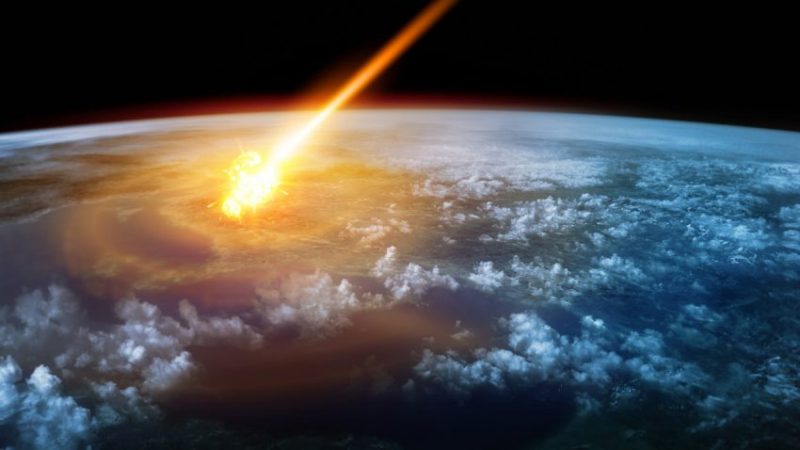 A comet may have hit Earth 56 million years ago, leaving behind telltale glassy spheres in sediment cores. Image and caption via Science.

Scientists have pondered an extreme global warming of Earth that occurred naturally, in the distant past. They call it the Paleocene-Eocene thermal maximum (PETM). They know it happened 56 million years ago, as the Pangaea supercontinent was splitting into the separate continents we see today. They know the world warmed some 9 to 16°F (5 to 9°C) at that time, causing huge wildlife migrations. They suspect it happened when huge amounts of carbon were released into Earth’s atmosphere and oceans. Last week (September 28, 2016), reporting from the annual meeting of the Geological Society of America, Paul Voosen wrote in Science about a comet that might have struck Earth only 10 million years after a similar event caused the extinction of the dinosaurs (65 million years ago). This second comet strike might have stirred up the carbon and kicked off the PETM. He wrote:

The group announced the discovery of glassy, dark beads, set in eight sediment cores tied to the PETM’s start — spheres that are often associated with extraterrestrial strikes.

… The critical evidence was hardly the result of a targeted campaign, according to Morgan Schaller, a geochemist at the Rensselaer Polytechnic Institute in Troy, New York, who presented the team’s work. The spheres were hiding in plain sight—in sediments off the coast of New Jersey.

For a summer project, Schaller and Megan Fung, his graduate student and co-author, combed through the cores, looking for the fossils of microscopic organisms called foraminifera, often used as a dating tool. But instead of ‘forams,’ they discovered a series of dark, glassy spheres.

The spheres looked like microtektites, the debris created and tossed aside when comets or asteroids strike Earth at high speeds. This was a surprise to the team: These sediments had been studied many times before. The spheres may have blended against the background of the black trays that are commonly used to hunt for light-colored forams, as visible as a full moon in the night.

At times when carbon has increased on Earth, there are always arguments about whether volcanos caused it. But Schiller and Fung are convinced the glassy spherules weren’t erupted from a volcano. Voosen reported:

Their water content is less than 0.03%, much lower than volcanic spheres, and they contain inclusions of the fused quartz glass that is characteristic of a hot impact. Their chemistry is different from microtektites from other known impacts.

He said the the spheres will still face a high bar before being accepted as the real thing by other geologists. 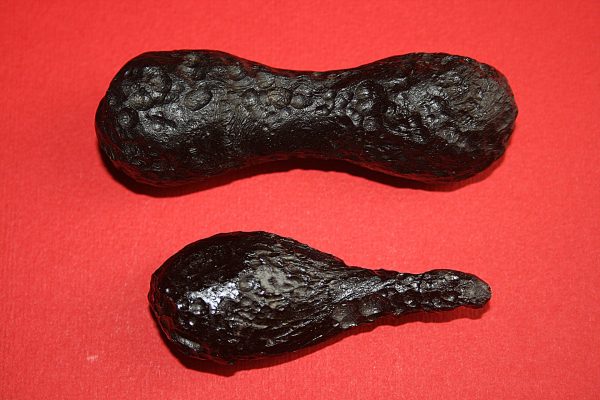 Morgan Schaller and Megan Fung discovered glassy, dark beads, similar in appearance to (but smaller than) these tektites, which are known to be debris created and tossed aside when comets or asteroids strike Earth at high speeds. Tektite image via Wikimedia Commons.

Bottom line: Scientists have now presented evidence of a comet strike, occurring only 10 million years after the event that decimated the dinosaurs.