Ash plumes and tremors in Colombia’s Nevado del Ruiz volcano are raising fears of destructive mudflows and the possibility of an eruption. 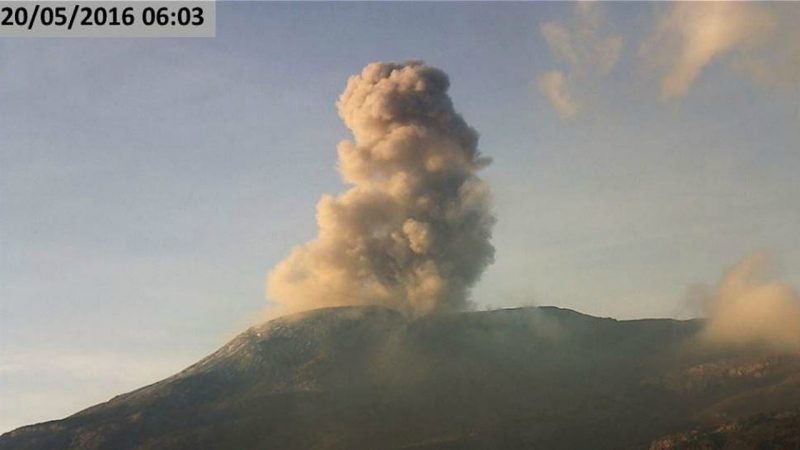 Photographers recorded ash emissions starting on May 19, 2016. The Colombian Geological Service noted volcanic activity and tremors at the volcano early on the morning of May 22. The 5,321 meter (3.3 mile) high stratovolcano, located in Colombia’s Los Nevados National Park, initially emitted a 1,300-meter plume of ash at 2:35 a.m., followed by a second 2,300-meter (1.4 mile) plume at 5:51 a.m. causing the temporary shut down of La Numbia Airport. Activity continued through May 25, when an additional ash emission occurred at 7:00 a.m. Though the volcano has not erupted, conditions remain unstable and the possibility of further activity is being closely monitored, particularly since the seismic activity suggests the movement of magma in the volcano, raising the possibility of an eruption. The Colombian Geological Service has set the warning level at yellow.

The volcanic activity at Nevado del Ruiz sparked concern from the scientific community, as the volcano is historically known for its deadly eruptions. When the Nevado del Ruiz erupted in November of 1985, it caused what is today considered the worst volcanic disaster in South America’s history, and the fourth worst in the world. Over 23,000 Colombians were killed, with the majority of fatalities in the town of Armero. However, it was not the eruption itself that caused such extensive damage—the glaciers at the summit of Nevado del Ruiz are what made the event so deadly. 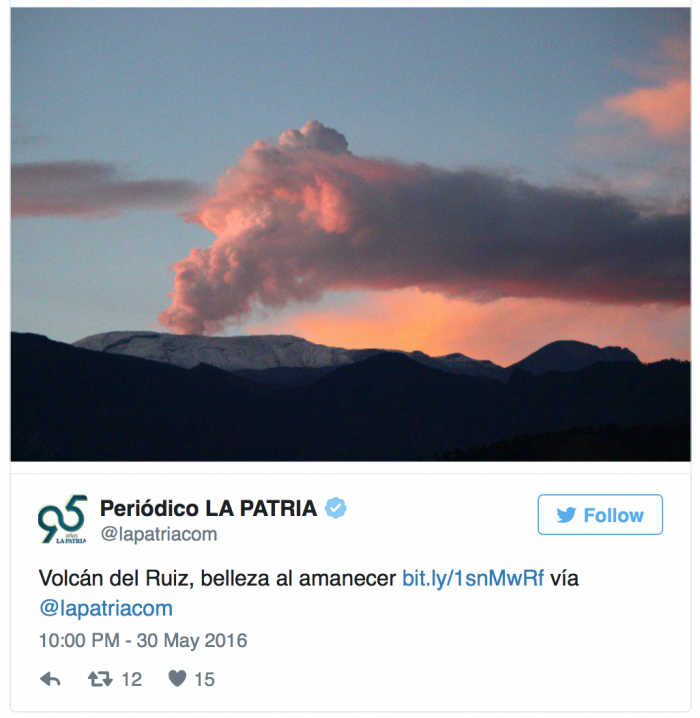 In an email to GlacierHub, Jerry McManus, of Columbia’s Lamont-Doherty Earth Observatory, said:

Glaciers and volcanoes can be a particularly hazardous combination. The snow and ice provide a ready source of water for the potential generation of destructive lahars during eruptions. 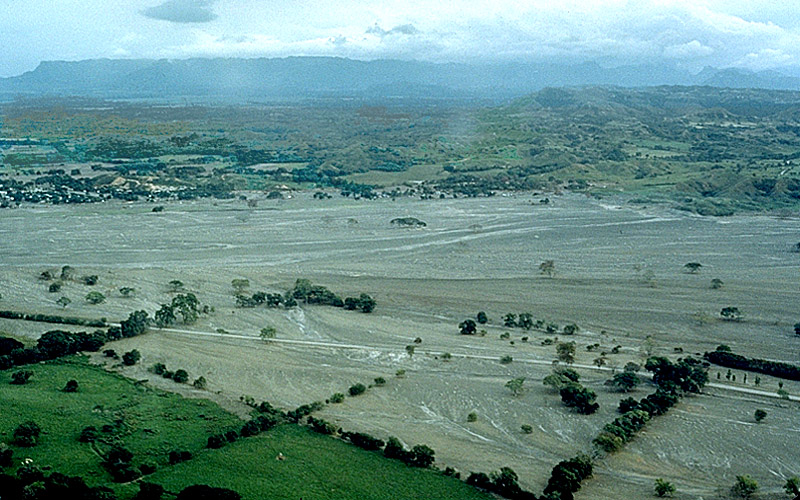 Lahars, rather than lava, are what leveled the town of Armero and caused the resulting fatalities. Lahars are large mudflows caused by summit glacier melt during an eruption. The combination of water and volcanic rock debris, known as pyroclastic material, creates a material similar to liquid concrete. The 1985 eruption of Nevado del Ruiz created four lahars, which flowed down the volcano at speeds up to 30 kilometers (18.6 miles) per hour. Armero, located 48 kilometers (30 miles) from the base of the volcano, did not have time to prepare or evacuate. In the aftermath of the disaster, the Colombian government was strongly criticized for underestimating the dangerous impacts of the relatively small eruption despite warnings from volcanologists.

The population of the region has grown over the past three decades, putting more people at risk if an eruption is triggered. Over 500,000 Colombians live within 30 kilometers (18.6 miles) of the volcano, well within the range of a lahar—significantly closer than Armero. With the disaster still fresh in the minds of the Colombian government and scientific community, the current activity at the Nevado del Ruiz is being more closely monitored.