Clues to ancient earthquakes in caves

Stalagmites on the floors of caves in southern Indiana contain evidence of past earthquakes, scientists say. 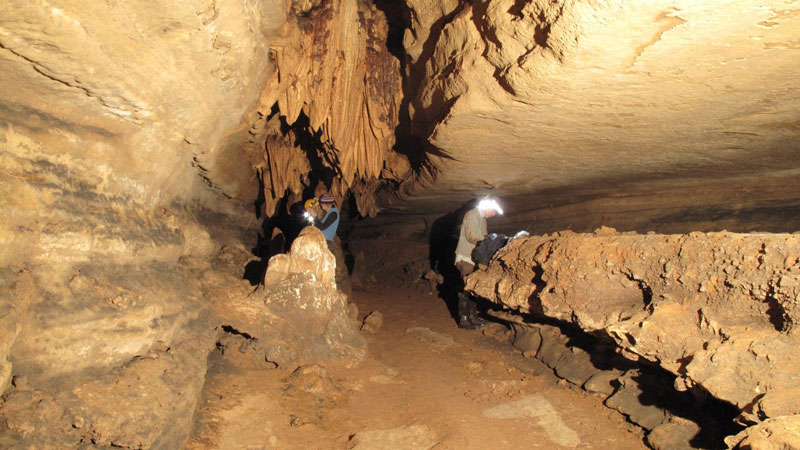 Knowledge of the timing of past earthquakes is important for understanding when a dangerous earthquake might strike again. Scientists are currently able to date ancient earthquakes — known as paleoearthquakes — fairly accurately over a period of tens of thousands of years by examining geological records of the events preserved in the soil. To obtain even older records, some scientists think that it might be possible to use stalagmites that grow on the floors of caves. Specifically, their work has shown that disruptions of mineral growth within stalagmites correlate with large earthquakes in southern Indiana. The new research was published in the Bulletin of the Seismological Society of America on September 13, 2016.

Samuel Panno, lead author of the study, is a researcher at the Illinois State Geological Survey and University of Illinois. He said:

Most of the evidence for paleoearthquakes comes from [soil] liquefaction features that are fairly easy to date. The problem is that you are doing this in sediments that are usually on the order of several hundred to up to 20,000 years old, so to go beyond that, to get older and older earthquake signatures, we decided to look into caves.

Stalagmite growth is supported by the dripping of mineral-rich water from the roof of a cave. As the minerals accumulate over time, stalagmites take on the shape of rounded mounds on the cave floor. Stalactites, which many people are familiar with, hang off the roof of a cave and typically form icicle-like shapes. Stalagmites and stalactites both form as minerals precipitate out of water. 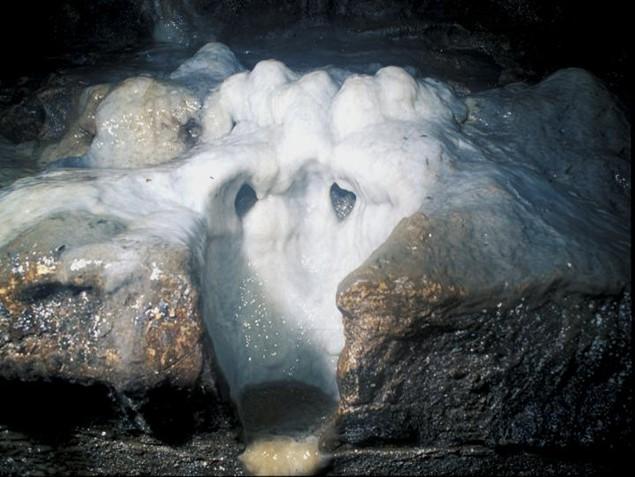 Other events such as changes in climate are also known to affect stalagmite growth. So when applying this earthquake reconstruction technique, it will be important to be able to tease out factors such as flooding and droughts that can also lead to changes in the flow of mineral-rich water within caves. The scientists are hoping to expand their work to other cave and fault systems in the future.

Bottom line: Scientists have found that disruptions of stalagmite growth in an Indiana cave correlate with large earthquakes. Thus, they believe that it may be possible to use stalagmites to reconstruct the timing of paleoearthquakes in certain regions. The new research was published in the Bulletin of the Seismological Society of America on September 13, 2016.