We’re not talking about the “urban heat island effect.” This study focused on how “waste heat” from cities affects global weather patterns.

Water vapor imagery of the North Pole showing the jet streams that influence the weather across the Northern Hemisphere. Image via College of Dupage

In a new study released on January 27, 2013 in the journal Nature Climate Change, scientists explain how heat that released by cities can affect weather patterns thousands of miles away. These scientists – from Scripps Institution of Oceanography, Florida State University and the National Center for Atmospheric Research – quantified ways in which driving your car, riding a bus, and sitting inside a temperature-controlled building all contribute to heat being released into the city. They’ve looked at how this heat affects weather patterns, globally. You’ve probably heard of the urban heat island effect, but this isn’t about that, specifically. Instead, these scientists are talking about waste heat from cities. In this post, I’ll explain what this study found and talk about the differences between the two effects. 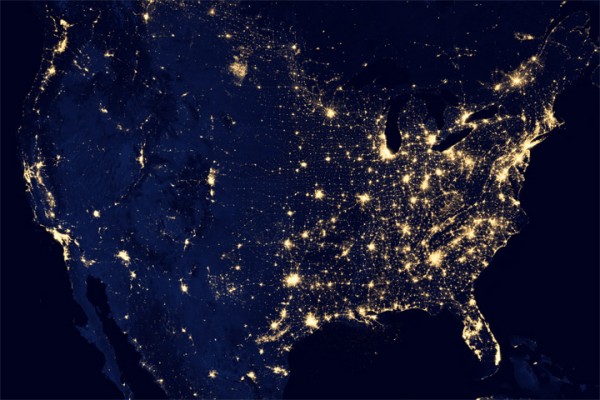 Guang J. Zhan, Ming Cai, and Aixue Hu worked together to study how waste heat formed in major Northern Hemisphere urban areas can cause and influence winter warming across the higher latitudes in North America and Asia. Waste heat is defined as heat that is released by everyday human activities in a city or metropolitan area. This heat can come from buildings, vehicles, factories, and other sources that generate heat. The study found that the waste heat from cites can affect the jet stream, which acts as a column of winds that separate cold air to the north and warm air to the south. In other words, cities’ waste heat affects atmospheric circulation. Jet streams play a significant role within our weather patterns in the winter and springtime as they push further south and can create stormy weather. These scientists found that temperatures in some remote areas increase by as much as 1 degree Celsius (1.8 degrees Fahrenheit). At the same time, changes to atmospheric circulation – caused by the waste heat – actually act to cool areas of Europe by as much as 1 degree C (1.8 degrees F), with much of the temperature decrease occurring in the fall.

Thus this study suggests that waste heat from cities is influencing atmospheric circulation, which in turn affects surface temperatures across the Northern Hemisphere.

According to Aixue Hu, researcher from the National Center for Atmospheric Research (NCAR):

The burning of fossil fuel not only emits greenhouse gases, but also directly affects temperatures because of heat that escapes from sources like buildings and cars. Although much of this waste heat is concentrated in large cities, it can change atmospheric patterns in a way that raises or lowers temperatures across considerable distances. 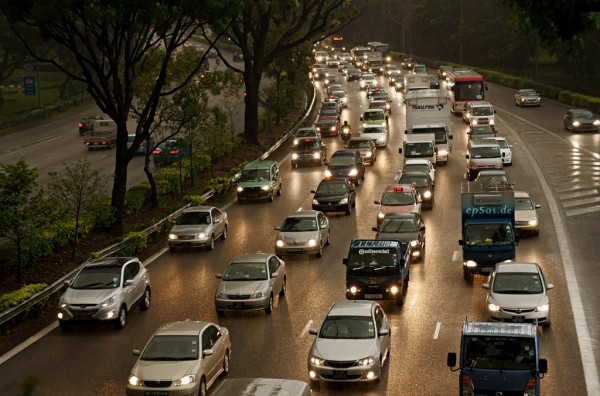 Various forms of transportation help create the waste heat that influences the jet stream and, ultimately, weather over a large area. Image via epSos.de

The waste heat released is only about 0.3 percent of the heat transported across higher latitudes by atmospheric and oceanic circulations. With such a small percentage, the net effect on global mean temperatures is nearly negligible with an average increase worldwide of just 0.01°C (about 0.02°F). Researchers used a widely used climate model created by NCAR to understand if this waste heat can contribute to global circulations. The model took into account the effects of greenhouse gases, topography, oceans, ice and global weather. When it came into understanding how waste heat affects atmospheric circulations, researchers ran the model with and without the input of human energy consumption, which could allow them to see how it can affect surface temperatures across the Northern Hemisphere in the winter. Many of the urban and metropolitan areas lie along the western and eastern coasts of North America and Eurasia, where the jet stream frequently moves over these cities. The heat waste released from these cities can create a thermal mountain of air that can disrupt the jet stream and instead of moving eastward, it can sometimes deflect the jet north or south. When this occurs, the polar jet stream can widen and strengthen and thus create changes in wind patterns that can ultimately influence surface temperatures based on the amplitude of the jet stream. 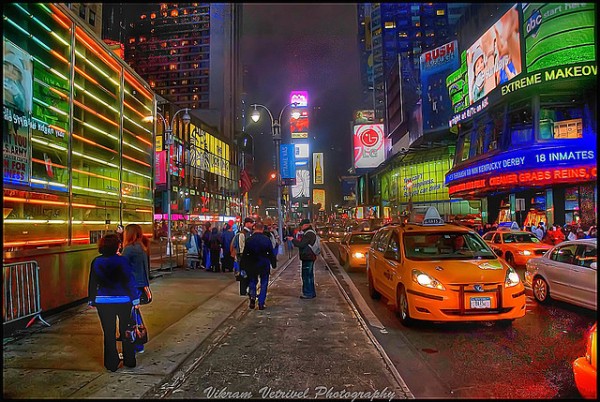 The urban heat island effect is different from the effect of waste heat. Urban heat island is more about the way a city’s pavements and buildings retain heat. Image via Vikram Vetrivel

As urban sprawl continues, temperatures are likely to continue to climb. Waste heat can influence the urban heat island effect, but in this particular research study, scientists are looking at waste heat that is released (heat produced directly through transportation, heating and cooling units, and other activities) and not the generalized idea of the urban heat island (trapped heat thanks to concrete and pavement in urban areas).

Bottom line: A study released in late January 2013 in the journal Nature Climate Change discussed how waste heat from cities in the Northern Hemisphere is changing the weather. The researchers say the release of heat from cities is changing temperatures in areas over 1,000 miles (1,609 kilometers) away. This heat is changing jet streams that influence our weather across the globe, particularly in the Northern Hemisphere. Temperatures increased by 1°C in some remote areas across North America and Asia in the winter. Meanwhile, some areas were cooled by 1°C in Europe during the winter. Jet streams influences who can see warmer and colder temperatures, so if one area experiences warm, sunny weather (ridges), others could see cool, rainy weather (troughs). This added heat can widen the jet stream, and causes winter warming across large areas in Asia and North America.