Air pollution over Asia, most of which is coming from China, is affecting the world’s weather.

The findings, published in the journal Nature Communications, are based on analysis of climate models and data collected about aerosols and meteorology over the past 30 years.

“The models clearly show that pollution originating from Asia has an impact on the upper atmosphere and it appears to make such storms or cyclones even stronger,” says Renyi Zhang, a professor of atmospheric sciences at Texas A&M University and a co-author of the study.

“This pollution affects cloud formations, precipitation, storm intensity, and other factors and eventually impacts climate. Most likely, pollution from Asia can have important consequences on the weather pattern here over North America.” 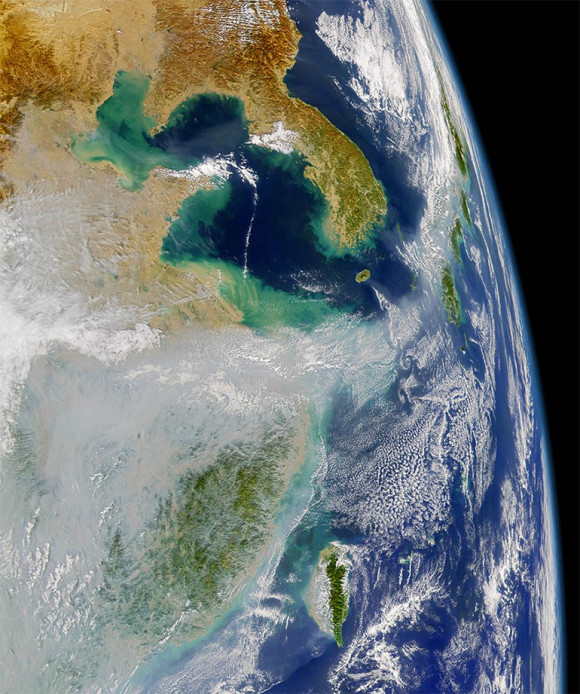 China’s booming economy during the last 30 years has led to the building of enormous manufacturing factories, industrial plants, power plants, and other facilities that produce huge amounts of air pollutants. Once emitted into the atmosphere, pollutant particles affect cloud formations and weather systems worldwide, the study shows.

Increases in coal burning and car emissions are major sources of pollution in China and other Asian countries.

Air pollution levels in some Chinese cities, such as Beijing, are often more than 100 times higher than acceptable limits set by the World Health Organization standards, Zhang says.

One study has shown that lung cancer rates have increased 400 percent in some areas due to the ever-growing pollution problem.

Conditions tend to worsen during winter months when a combination of stagnant weather patterns mixed with increased coal burning in many Asian cities can create pollution and smog that can last for weeks. The Chinese government has pledged to toughen pollution standards and to commit sufficient financial resources to attack the problem.

“The models we have used and our data are very consistent with the results we have reached,” says study co-author R. Saravanan, a professor of atmospheric sciences at Texas A&M University.

“Huge amounts of aerosols from Asia go as high as six miles up in the atmosphere and these have an unmistakable impact on cloud formations and weather.”

Zhang adds that “we need to do some future research on exactly how these aerosols are transported globally and impact climate. There are many other atmospheric observations and models we need to look at to see how this entire process works.”

Yuan Wang, who conducted the research with Zhang while at Texas A&M, currently works at NASA’s Jet Propulsion Laboratory as a Caltech Postdoctoral Scholar.

NASA, Texas A&M’s Supercomputing facilities, and the Ministry of Science and Technology of China funded the study.