Share pics and video of your favorite places on Earth to social media with hashtag #NoPlaceLikeHome.

There are (so far) 1,800 known planets beyond our solar system, but among all of them, there’s no place like Earth. To celebrate Earth Day, April 22, NASA is asking you to share pictures and video of your favorite places on Earth to all your social medi with hashtag #NoPlaceLikeHome.

Meanwhile, NASA is sharing its views of Earth – from satellites, research aircraft, and scientists at work in the field. Look for NASA’s posts on Twitter, Vine, Instagram, Facebook and elsewhere. They’ll all be tagged #NoPlaceLikeHome.

Remember last year’s cool Global Selfie? To celebrate Earth Day 2014, NASA asked us to take pictures of ourselves wherever we were on Earth, then post to social media. See the result below. 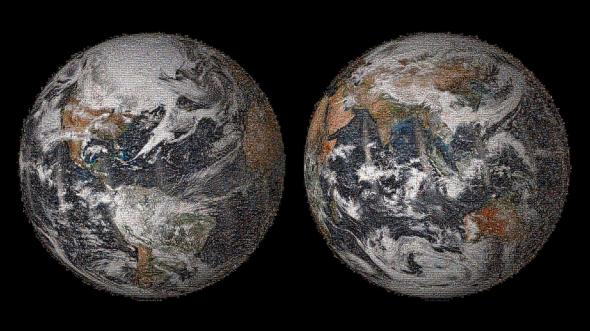 View larger. | This is a massive, 3.2 gigapixel mosaic of … us. And we look good. NASA made this image of 36,422 individual images that posted to social media sites on or around Earth Day, April 22, 2014. Image via NASA.

To see the individual selfies, click into the big, zoomable version of the global selfie here.

This year NASA’s opening up the request to include Vine and Instagram videos. Just be sure to include the hashtag #NoPlaceLikeHome – no matter what social media platform you’re posting on.

Check in on Earth Day to see what people around the world are sharing. After Earth Day, NASA plans to compile a video that includes some of the best posts.

Bottom line: To celebrate Earth Day, April 22, NASA is asking you to share pictures and video of your favorite places on Earth to social media, tagged #NoPlaceLikeHome.