Steamboat Geyser in Yellowstone National Park began a new period of heightened activity in March 2018. It’s had more than 100 major eruptions since then. Scientists want to know why. 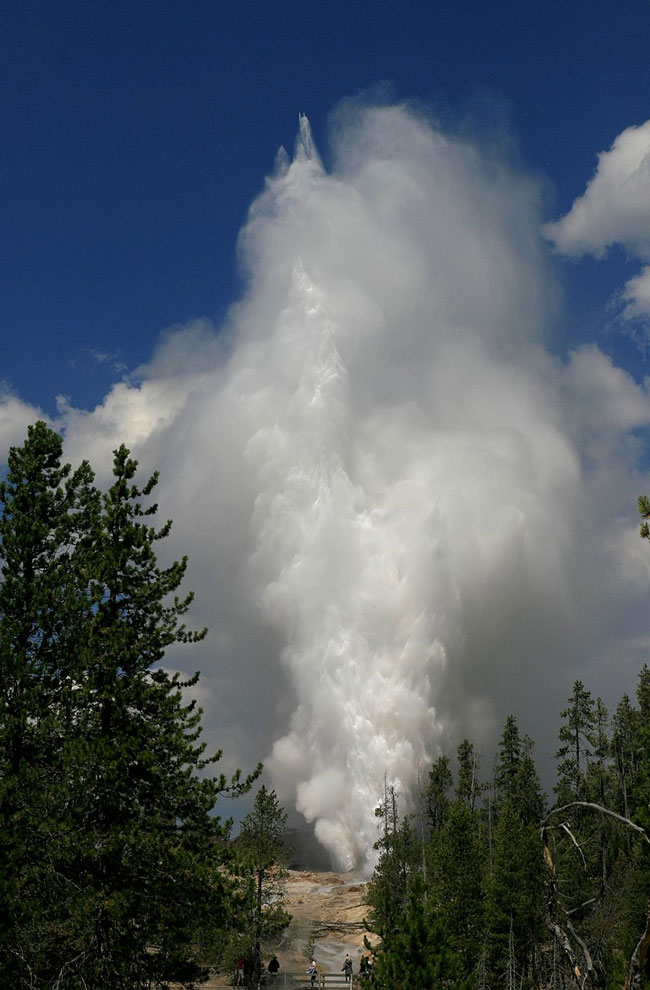 A major eruption at Steamboat Geyser on August 4, 2018. Steamboat is the world’s tallest active geyser, with eruptions that can blast more than 300 feet (91 meters) into the air. It’s been super active in recent years! Image via Bpnjensen/ Wikipedia.

Steamboat Geyser is located on an open, sloping hillside in the northwest quadrant of Yellowstone National Park in the U.S. state of Wyoming. Yellowstone is famous for producing two ancient supervolcanoes, and for its many geysers, hot springs, mudpots, and fumaroles (gas vents) today. On March 15, 2018, Steamboat Geyser erupted for the first time in more than three years. In the three years since, the geyser has had more than 100 major eruptions, blasting water high into the air. Scientists want to understand what triggered this new period of heightened activity at Steamboat. They don’t have any definitive answers yet, but they do have some new insights, and new research on Steamboat Geyser was published early this year (January 12, 2021) in the peer-reviewed journal Proceedings of the National Academy of Sciences.

Both major and minor eruptions occur at Steamboat Geyser. The plume heights of hot water during major eruptions have been recorded at more than 377 feet (115 meters), which is the tallest eruption height recorded for any active geyser around the world. Hence Steamboat’s reputation for being the world’s tallest active geyser.

Minor eruptions at Steamboat – no more than 15 meters or 50 feet high – are fairly common events. 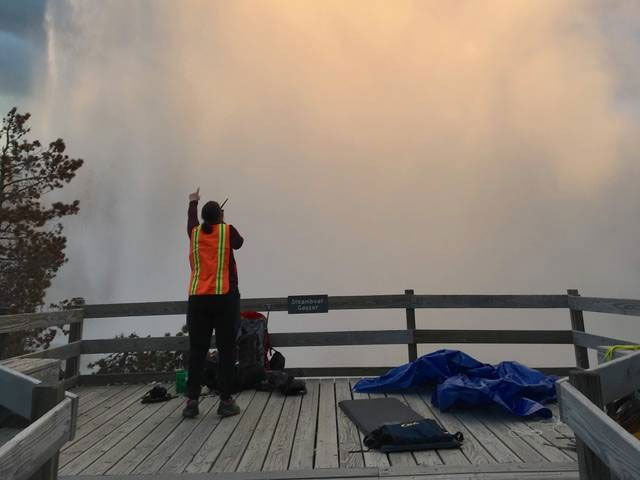 No one knows how long the current one will last.

The scientists then looked into several potential causes of the recent changes in geyser activity. Changes in precipitation, which are known to affect geysers elsewhere, did not appear to show a relationship with the Steamboat Geyser’s eruptions over the period of 1960 to 2019. While there were some earthquake swarms in the area just prior to the new activity at Steamboat, the scientists do not believe that the stresses imposed by these earthquakes were large enough to initiate changes in the geyser. Notably, large earthquake stresses have changed the activity of the Daisy and Old Faithful geysers in the past.

Lastly, the scientists examined links between the geyser activity and ground deformation as well as associated temperature changes. In particular, ground deformation can sometimes lead to the ascent of hotter fluids from deeper depths, which in turn can potentially be a trigger for enhanced geyser activity. Between 2000 and 2019, the scientists did not detect any major changes (more than 15 degrees Celsius or 27 degrees Fahrenheit) in the reservoir temperature, but when they looked at satellite imagery, they did detect a slight increase in the radiant temperature just prior to the more recent cycle of increased activity at Steamboat. However, no changes were noted in nearby geysers so something more localized appears to be at play.

Indeed, the scientists propose that the new activity at Steamboat Geyser might be related to internal hydrothermal processes and changes in its plumbing system as opposed to external factors such as more precipitation or greater stresses from earthquakes. However, they do emphasize that the evidence remains inconclusive at present.

This research was funded by the National Science Foundation. Lead author, Mara Reed, is a graduate student at the University of California, Berkeley. 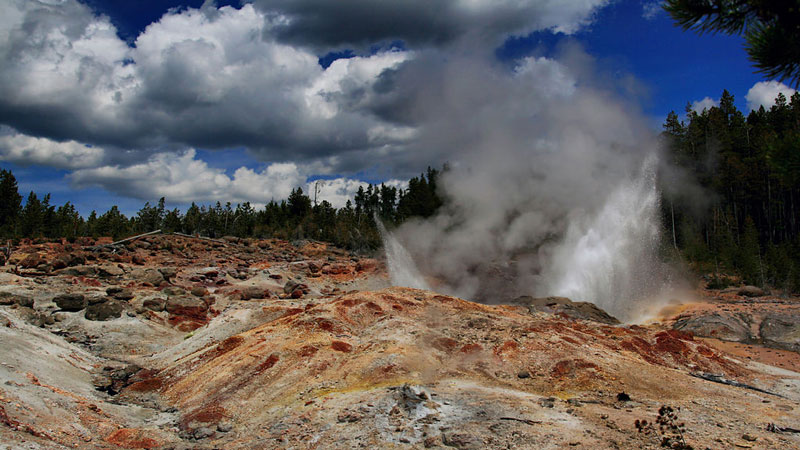 A minor eruption at Steamboat Geyser on June 22, 2008. Image via Brocken Inaglory/ Wikipedia.

Besides the scientists involved in this study, dozens of other scientists are also seeking answers to this mystery. So hopefully more answers will be coming soon.

If this topic piques your interest, please check out Michael Poland’s February 21, 2021, presentation on Steamboat’s awakening to the Geologists of Jackson Hole. He is the Scientist-in-Charge at Yellowstone’s Volcano Observatory. While the video posted here is long, you can skip to the times of 32:00 to 42:00 to hear his thoughts on the recent activity at Steamboat Geyser.

Bottom line: Scientists don’t know yet what has triggered the heightened activity at Steamboat Geyser in Yellowstone National Park, which began in March 2018. They do, however, suspect that it is related to internal hydrothermal processes underneath the geyser.

Find a list of Steamboat’s major eruptions since 2018 here