The globe’s strongest tropical cyclone recorded so far in 2016 intensified in the Southern Pacific and made landfall in Fiji Saturday, February 20, 2016. Cyclone Winston, which is the name given by the Joint Typhoon Warning Center, was a Category 5 storm with sustained winds of 300 kph (185 mph) that produced heavy rains, destructive winds, and significant storm surge as it made landfall Saturday evening.

Cyclone Winston is the strongest tropical cyclone to hit Fiji in recorded history. A death toll in the upper teens has already been reported from this storm.

Here are a couple of images of the extreme wind damage Cyclone WINSTON inflicted on Fiji.The eye of the cyclone passed… 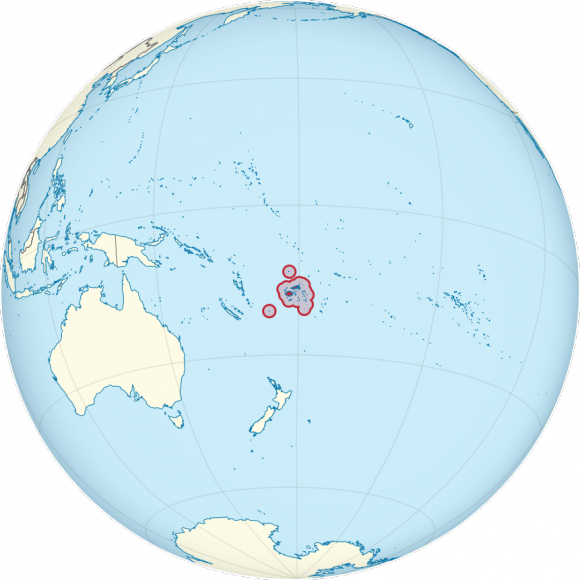 Location of Fiji in the Southern Hemisphere. Image via Wikipedia 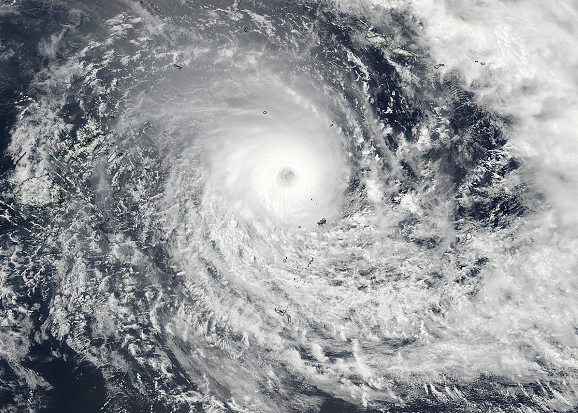 The Fiji Broadcasting Corporation has confirmed at least one death after a roof fell on a man. The Fiji Times is reporting that several houses in Rakiraki have been blown away by the cyclone. It is very likely we will continue to see reports of injuries and casualties over the next several days.

With sustained winds of around 300 kph, it is very likely power and communication with the country is limited. The country has a population approaching nearly 850,000, and the brunt of the storm made landfall around the tourist attraction of Volivoli, the Malake Island, and Rakiraki. The capital of Fiji, Suva, was not directly impacted by the core of the storm. However, they did experience heavy rain and tropical storm force winds. Not only was Winston the strongest tropical cyclone to ever hit the country, it was also the strongest cyclone recorded in the Southern Hemisphere according to meteorologist and tropical expert Philip Klotzbach.

Here is a crazy statistic: Since October 2015, we have seen the strongest tropical cyclone to ever form in the Western Hemisphere (Hurricane Patricia) and in the Southern Hemisphere (Cyclone Winston). The most likely reason we have shattered previous records in recent months is the El Niño, which was the strongest to form since the 1997-1998 El Niño. With unusually warm waters in the Pacific and favorable dynamics in the atmosphere, both storms were able to explode into monstrous tropical cyclones.

It is also likely that climate change is playing a role in further intensifying well-established tropical cyclones as ocean temperatures continue to warm. As the climate continues to warm around the globe, the chance to see stronger storms are possible. However, it does not necessarily mean we will see more storms in all active basins. There still remains some questions in how climate change affect the quantity of tropical cyclones in various basins. 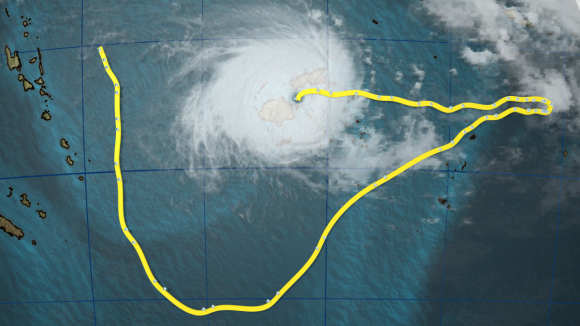 The country was setting up shelters prior to the storm. Fiji’s prime minister Frank Bainimarama stated that their government was prepared for this disaster.

As a nation we are facing an ordeal of the most grievous kind. We must stick together as a people and look after each other.

With such violent winds and destructive storm surge, it is very possible that some parts of Fiji could have seen catastrophic damage. Mudslides and flooding are a concern across the region thanks to mountainous terrain. The good news is that Cyclone Winston is expected to push south of Fiji and weaken.

First images appear of #TCWinston fury in the island nation of #Fiji; their strongest storm ever @CNNi @CNNweather pic.twitter.com/IaQ9FZJ9k5

Bottom line: Cyclone Winston slammed into Fiji Saturday night with sustained winds around 300 kph (185 mph) making it the strongest tropical cyclone ever recorded to hit the country. It will likely take several days before we truly see how much destruction occurred in Fiji.
.