California sediments pour into the sea

Drought plagued California and much of the American Southwest for nearly 5 years before this year. Now satellites see swollen rivers dumping sediments into the sea. 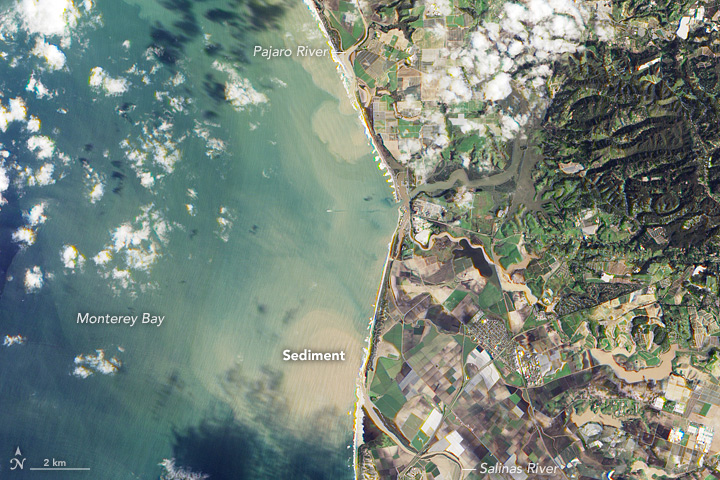 High water levels in several rivers in Monterey County prompted evacuations in late February, and high winds left thousands of people without electricity, according to local news reports. The surging rivers are the result of heavy rains across California this winter, including several atmospheric river events that caused inland flooding.