Researchers don’t know yet whether anything has been living in the water, which has been out of contact with Earth’s atmosphere for over a billion years.

Researchers working in a Canadian mine – 1.5 miles (2.4 kilometers) below Earth’s surface – have tapped a source of water that they say has been isolated for at least a billion years. This research was published the journal Nature yesterday (May 15, 2013) and has already fascinated people around the world. Geologist Chris Ballentine, a member of the research team, pointed out that the findings are “doubly interesting” because the water carries the ingredients necessary to support life. He said the isolated water provides:

… secluded biomes, ecosystems, in which life, you can speculate, might have even originated. 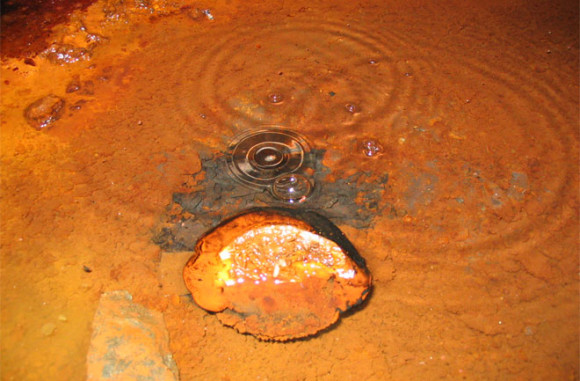 Water filtering out of the floor of a deep Ontario mine has been trapped underground for more than a billion years. It bubbles with gasses carrying nutrients that could sustain microbial life. Image via J. Telling and Nature. 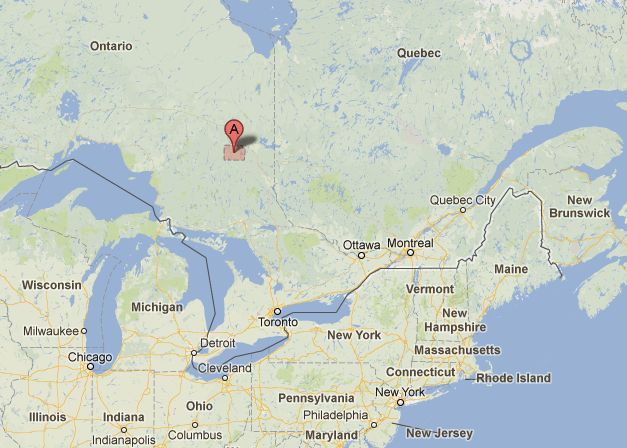 The team found the trapped water beneath a mine near Timmins, Ontario, shown in red on this map.

These researchers say they don’t know yet if anything is living in the ancient water, but they have measured high levels of methane and hydrogen in it, which are good ingredients for supporting life.

Ballentine, a geologist at the University of Manchester, UK, and his team carefully captured water flowing through fractures in 2.7-billion-year-old sulphide deposits in a copper and zinc mine near Timmins, Ontario. They used special techniques to ensure that the water didn’t come into contact with the air. They determined that the water couldn’t have contacted Earth’s atmosphere — and so hasn’t been at the planet’s surface — for at least 1 billion years, and possibly for as long as 2.64 billion years, not long after the rocks it flows through formed.

Previously, micrometer-scale pockets in minerals billions of years old have been found to hold water that was trapped during the minerals’ formation. But no source of free-flowing water passing through interconnected cracks or pores in Earth’s crust has previously been shown to have stayed isolated for more than tens of millions of years.

Other scientists examining the evidence by Ballentine and his team have already begun to confirm their results. At least one called the isotopic compositions seen in samples drawn from the mine “extremely strange.”

Ballentine and his colleagues are now working to establish whether the water does harbour life.

Bottom line: Researchers including geologist Chris Ballentine of the University of Manchester in the UK have captured and analyzed samples of water from a mine in Ontario. The samples might have been out of contact with Earth’s atmosphere for over one billion years.