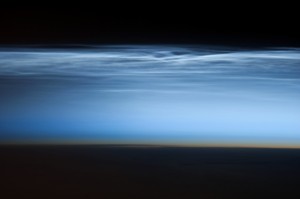 An astronaut about the International Space Station captured this image of noctilucent, or night-shining, clouds on January 5, 2013, when the ISS was over the Pacific Ocean south of French Polynesia.

Thank you! Your submission has been received!
Oops! Something went wrong while submitting the form.
END_OF_DOCUMENT_TOKEN_TO_BE_REPLACED