For the first time, NOAA’s 2019 Arctic Report Card includes an indigenous perspective of the changes taking place in Arctic ecosystems.

For the first time, indigenous communities living around the Bering Sea were invited to share their perspectives of the changing Arctic for the 2019 edition of NOAA’s annual Arctic Report Card.

Over the past 2 1/2 decades, as greenhouse gas emissions have continued to soar, the Arctic has warmed about twice as much as global temperatures, according to NOAA’s 2019 Arctic Report Card. This phenomenon, termed Arctic amplification, is having dramatic effects on the region.

In September 2019, for the first time during the preparation of the annual report, members of indigenous communities were invited to share their experiences of the changes taking place in the Arctic. The participants came from eight communities located in the Bering Sea region, and the stories they told are harrowing. 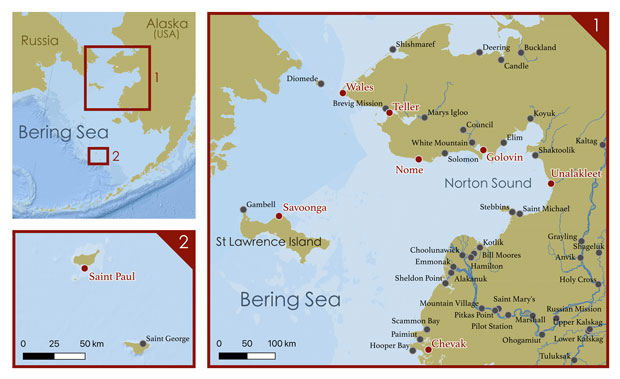 Map of the Bering Sea region. The red dots show the locations of the communities where the workshop participants live. Image via NOAA.

The loss of sea ice is perhaps one of the starkest consequences of climate change. In their contribution to the Arctic Report Card, the Bering Sea Elders noted:

In the northern Bering Sea, sea ice used to be present with us for eight months a year. Today, we may only see three or four months with ice. We are used to generally assessing our ice thickness in feet, but now we are often looking at inches, even in the middle of winter.

This loss of the reflective sea ice cover as well as snow and ice on land is a major driver of Arctic amplification. As less solar radiation from the sun is reflected from Earth’s surface and more is absorbed by the darker areas of land and ocean, warming becomes more pronounced. The annual sea ice extent in the Bering Sea during 2018-2019 was substantially lower than the median extent for 1981-2010. 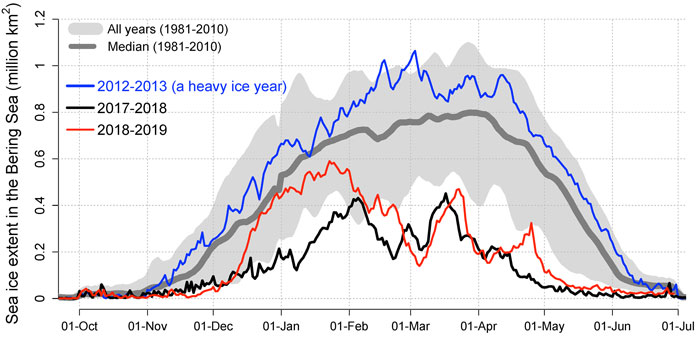 Recent reductions in the annual sea ice extent in the Bering Sea. Image via ELOKA.

The changes in sea ice pose numerous threats to the region. For example, indigenous communities are becoming increasingly isolated for longer periods of time because the freeze-ups are now delayed – these times are those in which it is unsafe to travel in a boat through cold, icy waters but the sea ice is not yet stable enough to travel over. During times of isolation, normal activities such as subsistence hunting and fishing, mail delivery, and access to healthcare are impaired. 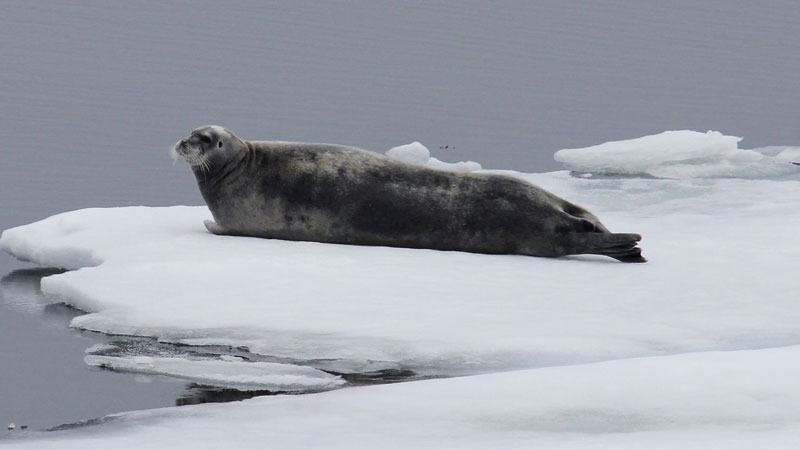 Ugruks, also known as bearded seals, are an important part of ecosystems in the Bering Sea. Image via NOAA/ Gary Bembridge.

The warmer temperatures are also having devastating effects on the Arctic’s fish, mammal and bird populations. A heat wave is thought to have contributed to a large die-off of salmon over the summer, and disruptions to food webs are likely to blame for the starvation and deaths of many marine mammals and seabirds that indigenous communities are increasingly witnessing in the wild.

The full report, which also delves into other problems such as thawing permafrost, can be viewed at ELOKA, the Exchange for Local Observations and Knowledge of the Arctic. 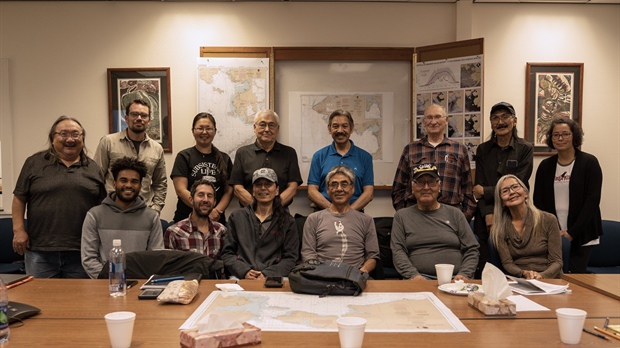 Bottom line: Indigenous communities discussed their observations of the changes taking place in the Arctic in response to climate change with NOAA during a September 2019 workshop. A report of the discussion was included in this year’s Arctic Report Card.