Before and after cyclone Pam

Views from above, before and after cyclone Pam devastated the island nation of Vanuatu earlier this month. 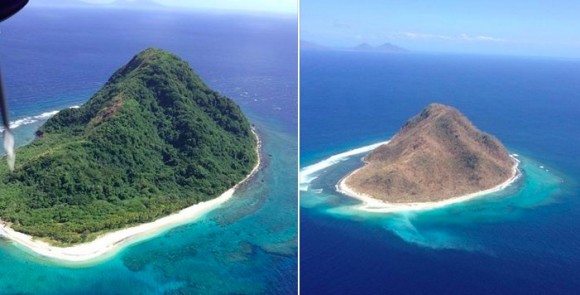 Cyclone Pam was a Category 5 storm when it struck the island nation of Vanuatu in the South Pacific on March 13 and 14, 2015. Pam tore down miles of dense foliage, stripped vegetation, and coated leaves in damaging salt spray, turning lush green landscapes brown.

Two of the hardest hit islands were Tanna and Erromango. On March 17 — three days after the storm hit — NASA’s Landsat 8 satellite acquired images, which compared with earlier images of the same islands, show the widespread effects of the storm. According to scientists from Tropical Storm Risk, the island of Erromango likely faced the most severe winds. Their analysis suggests that Erromango saw gusts up to 320 kilometers (200 miles) per hour. Before Pam, Erromango appeared dark green due its lush tropical vegetation. 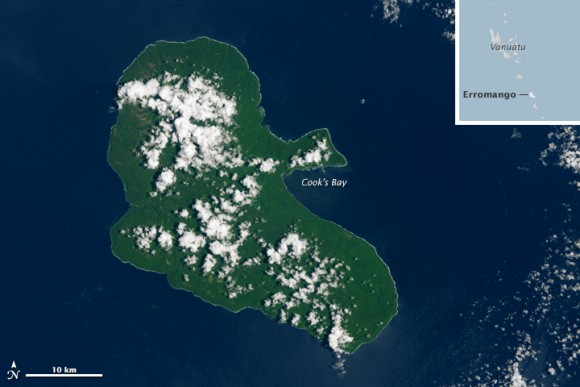 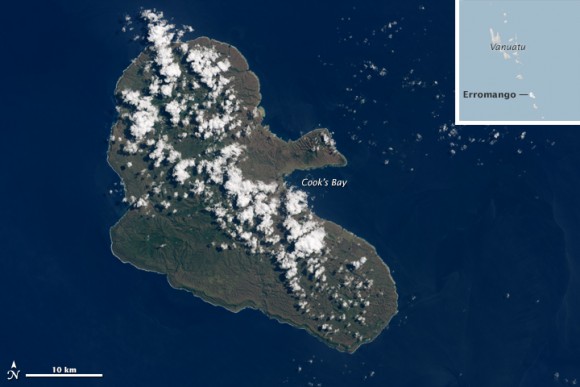 While Erromango is home to just a few thousand people, about 30,000 people live on the island of Tanna. Here is Tanna before Pam. 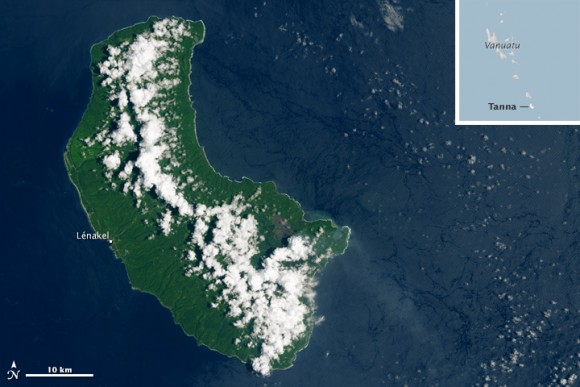 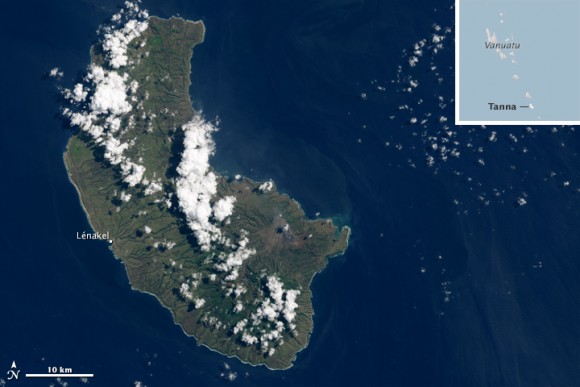 Closer to the ground, 27-year-old pilot William Dyer, who helped conduct aerial assessments of Vanuatu’s many island chains, snapped photos of the islands in the days after Pam hit, and shared them alongside photos he’d taken before the storm. 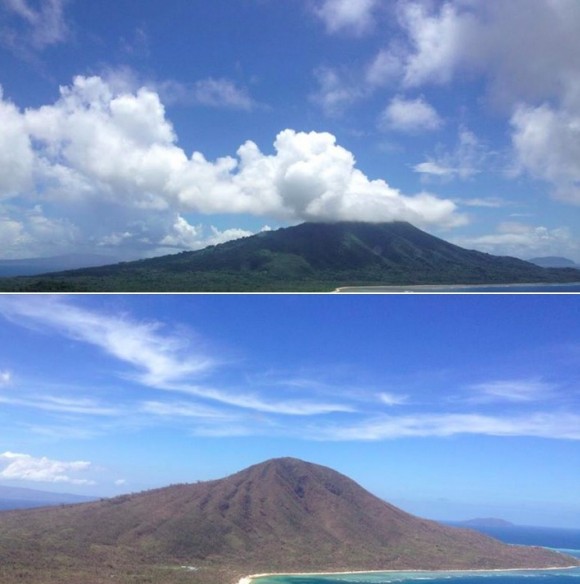 Pam took a heavy human toll. The storm killed six people and seriously injured many more, according to media reports. Thousands of people have been left homeless Meanwhile, ongoing water and food shortages mean the humanitarian situation could worsen.

How you can help: Donate to the disaster relief effort. 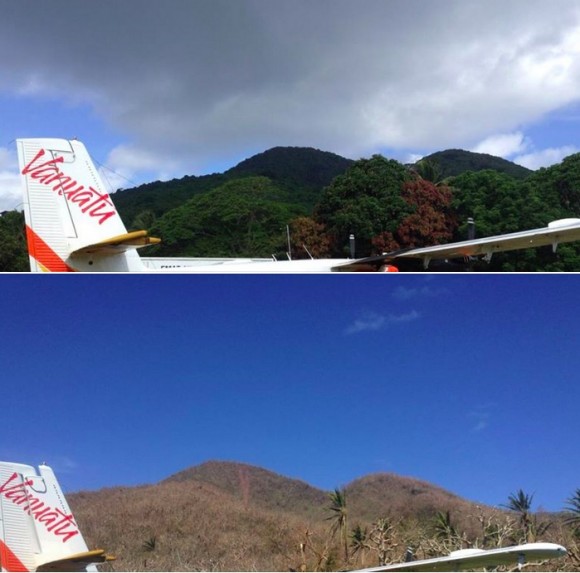 The same spot on the island of Emae before and after cyclone Pam. Photo credit: William Dyer