Photo by Hugo Løhre of amazing aurora over Lekangsund, Norway, on October 10, 2012.

On October 8, 2012, a coronal mass ejection – or CME – from the sun hit Earth’s magnetic field. This stream of charged particles caused by a solar storm sparked a dramatic display of the aurora, or northern lights, which lasted for several days. 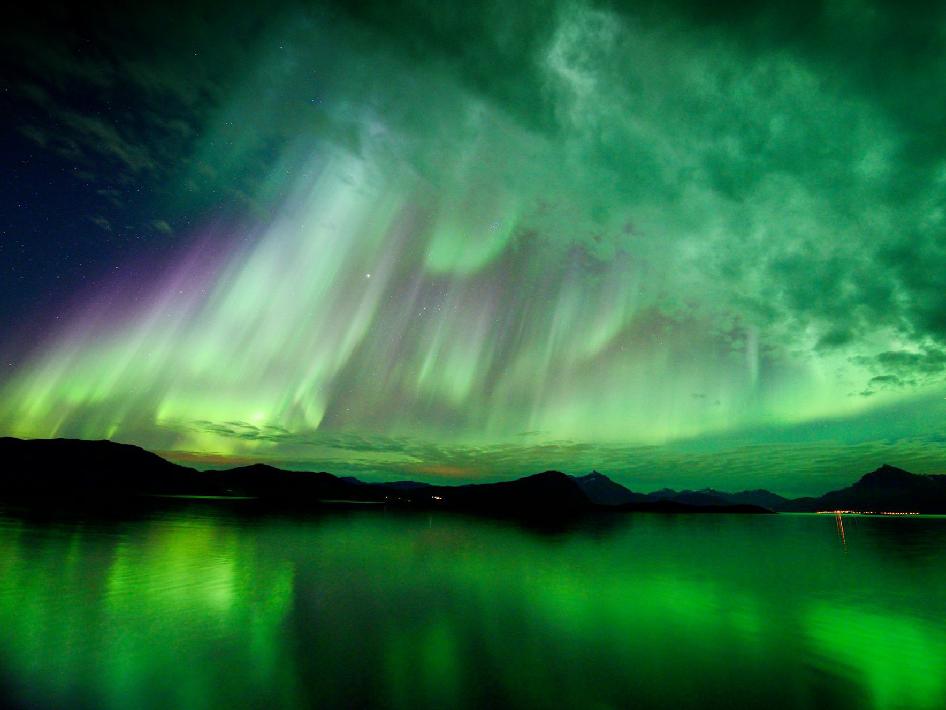 Hugo Løhre captured the image above of the aurora during this time. He shot the photo over Lekangsund, Norway, on October 10, 2012. NASA subsequently posted the photo here.