Miners, working in opal deposits in the New South Wales outback, first discovered the fossilized remains of this creature, which has been dubbed Lightning Claw. 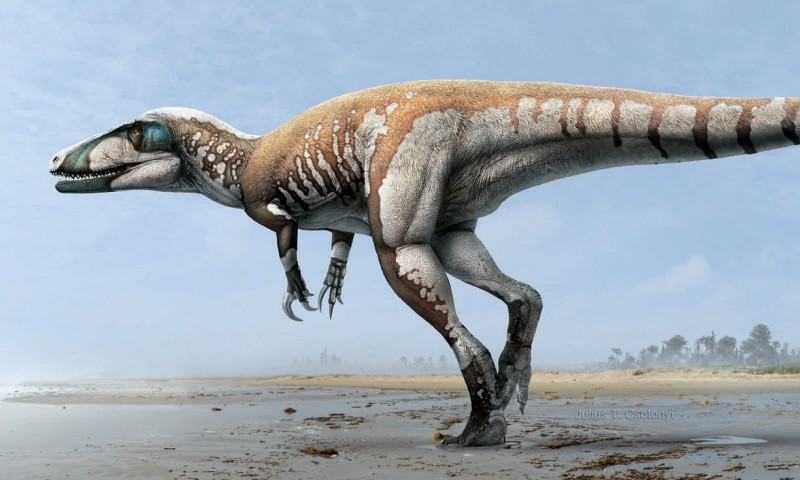 Paleontologist Dr. Phil Bell of the University of New England recently announced the remains of the largest carnivorous dinosaur known so far in Australia. Dubbed Lightning Claw due to the large talons on its forearms, the animal’s fossil remains were first discovered by miners working in opal deposits in the New South Wales outback, near the town of Lightning Ridge. Researchers date the fossils at around 110 million years old. The work is published in the Gondwana Research journal in September, 2015.

When I first saw the bones I knew they were important and unique, but it’s taken until now to do all our comparisons and find out this is a new dinosaur to science.

It was obviously a predator but the key thing about this guy is the giant claws on its hands. These claws compensate for a rather dainty skull and slender jaws, which are unlike the giant skull of a T-Rex, which had a bone crushing bite.

Paleontologists unearthed pieces of the dinosaur’s hip, ribs, arm and foot. They also found the remains of a 10-inch claw, which, they say, was used to snatch prey. The fossilized remains of this dinosaur are dated at around 110 million years old, and researchers believe Lightning Claw became extinct approximately four million later. If so, none of these creatures survived until the mass extinction of dinosaurs during the Cretaceous period 65 million years ago.

The discovery sheds light on the unique landscape of prehistoric Australia. The continent itself consists of rocks older than the era of dinosaurs, which means there a scattered areas where fossils actually formed.

However, this does not discourage paleontologists to continue their investigation of the remote areas of Australia’s badlands. Bell said:

We don’t know what else is out there, whether it faced competition or its environment changed.

It certainly would’ve been replaced by something equally fearsome and equally large, we just haven’t found it yet.

We get tantalizing glimpses into ancient ecosystems, but there’s certainly new discoveries to be found.