Auroras seen at high and mid-latitudes this weekend

As expected, the March 15 coronal mass ejection or CME from the sun caused auroras, or northern lights, at high and mid latitudes.

The sun ejected a fast-moving, Earth-directed coronal mass ejection (CME) on March 15 that was expected to create a geomagnetic storm and subsequent auroras this past weekend. And so it did, around both the northern and southern parts of Earth’s globe. The CME hit Earth’s magnetic field at 0600 UTC Sunday morning (March 17, 2013), or around 1 a.m. CDT in the central U.S. According to spaceweather.com:

The impact lifted the solar wind speed from 300 km/s to 700 km/s and sparked a moderately strong (Kp=6) geomagnetic storm. Northern Lights spilled across the Canadian border into the United States as far south as Colorado.

Meanwhile, auroras were also seen in the far Southern Hemisphere (for example, in Australia). The geomagnetic storm from the March 15 CME continued to spark auroras Sunday night, although on Sunday night we didn’t hear of any mid-latitude auroras. The reports we got were from places like Sweden, Norway and Finland. 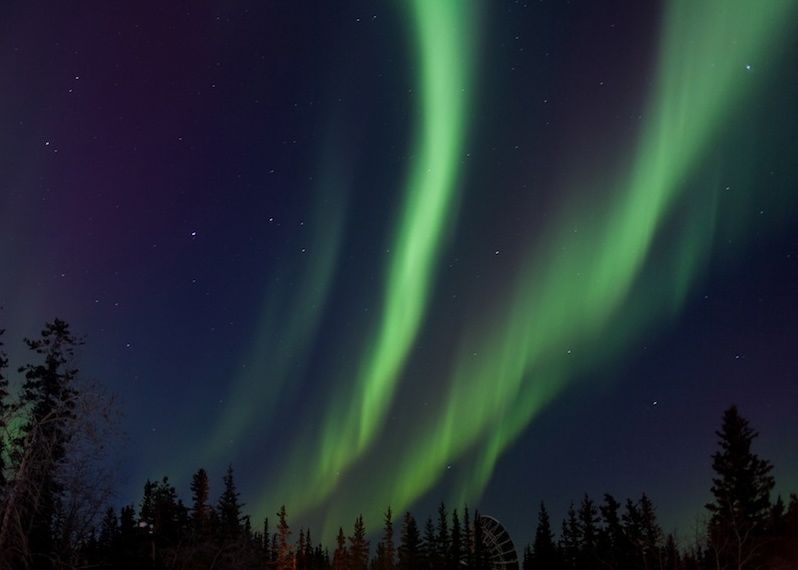 March 17, 2013 aurora photographed by Chris Schuler in Ft. Yukon, Alaska. David Schuler wrote in his awesome blog Gwichyaa Zhee, “Some call it a collision of charged particles in the atmosphere. We call it beauty. The lights were dancing a jig tonight, quick and bright. Chris made this photograph near our cabin.” View larger.

Tony Bateman – EarthSky friend on Facebook, from Korpo (formerly part of Finland) – captured the video below on March 17. He wrote:

About 6 Hours of aurora in under 1.35 minutes of video. Solar storm of 17th March 2013. Reached KP7 strength for many hours. The whole sky was filled in all directions, this video caught a small amount of the show.

Geologist and astrophotographer Colin Legg captured this amazing image of the aurora as seen from Australia on March 17. He calls this photo Fire in the Sky. 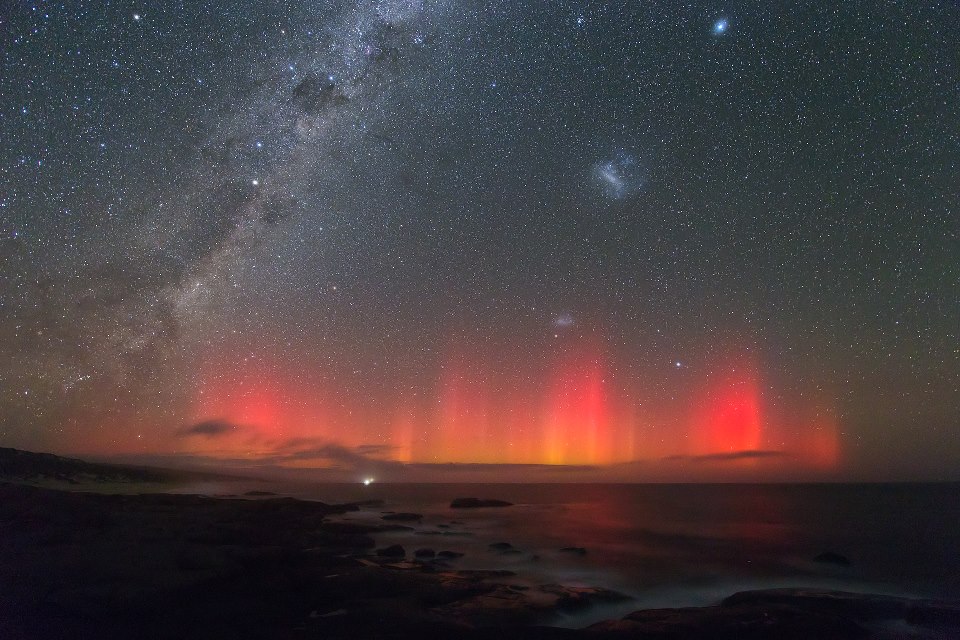 Plus we got several wonderful photos from Facebook friends at high northerly latitudes of last night’s aurora. 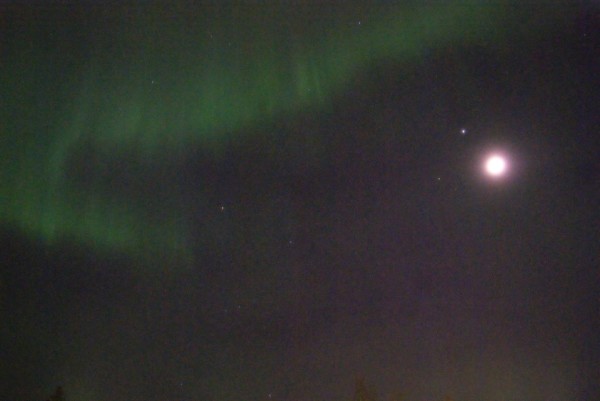 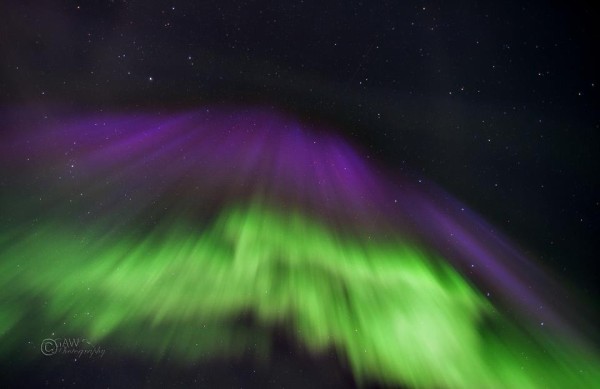 Bottom line: Auroras seen at high and mid-latitudes on March 17, 2013. Photos and links to photos here.