Early this morning – October 13, 2012 – a flurry of aurora photos appeared on the EarthSky Facebook page from friends at northerly latitudes. A geomagnetic storm had began, which is still underway. There are bright auroras appearing around the Arctic Circle, and in Scandinavia, Greenland, Canada, and several northern states in the U.S., according to the website spaceweather.com, which also said:

NOAA forecasters estimate a 40% chance of continued storms on October 14-15 in response to a high-speed stream of solar wind.

If you live at a northerly latitude, watch for auroras tonight! 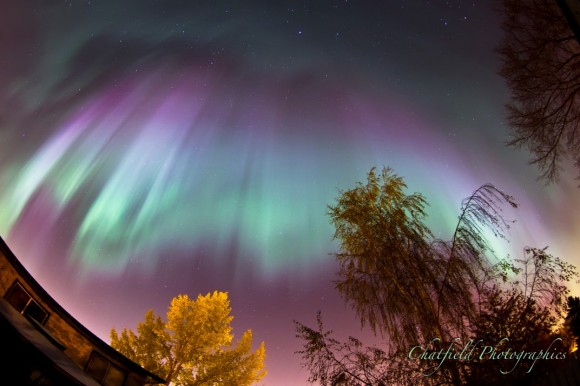 Our friend Colin Chatfield, who captured the image above of this morning’s aurora, said: 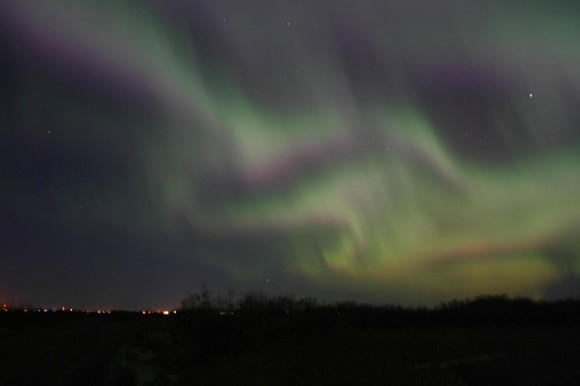 Aurora of October 13, 2012 from our friend Joe Joe Prince in Bethal, Alaska.

Aurora of October 13, 2012 from our friend Ed Nephler in Bliss, Michigan. 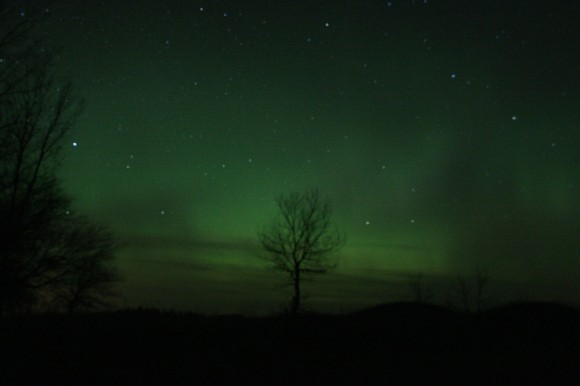 Aurora of October 13, 2012 from our friend Steven Benbo in northern Minnesota.

Bottom line: The geomagnetic storm that produced dazzling auroras at northerly latitudes on the morning of October 13, 2012 is still going on. Expect auroras tonight as well, seen from northern parts of the globe.