Arsenic is a deadly poison for most living things, but new research shows that microorganisms are breathing arsenic in a large area of the Pacific Ocean. 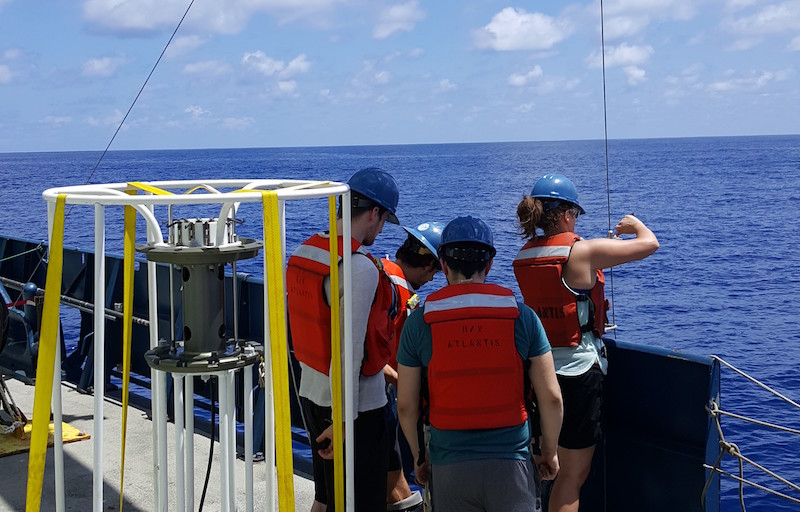 Researchers fix the line on an instrument that pumps large volumes of seawater in order to extract DNA. The instrument on the left measures properties such as temperature, salinity and depth and collects smaller samples of seawater. Image via Noelle Held/Woods Hole Oceanographic Institution.

Arsenic is a deadly poison for most living things, but new research has found microorganisms in a low-oxygen area of the Pacific Ocean that breathe arsenic.

University of Washington professor of oceanography Gabrielle Rocap is a co-author of the study, published April 29, 2019, in the peer-reviewed journal Proceedings of the National Academy of Sciences. Rocap said in a statement:

We’ve known for a long time that there are very low levels of arsenic in the ocean. But the idea that organisms could be using arsenic to make a living – it’s a whole new metabolism for the open ocean.

The team analyzed samples collected during a 2012 research cruise to the tropical Pacific, off the coast of Mexico. The seawater samples came from a region below the surface, where oxygen is almost absent. Rocap said:

In some parts of the ocean there’s a sandwich of water where there’s no measurable oxygen. The microbes in these regions have to use other elements that act as an electron acceptor to extract energy from food. 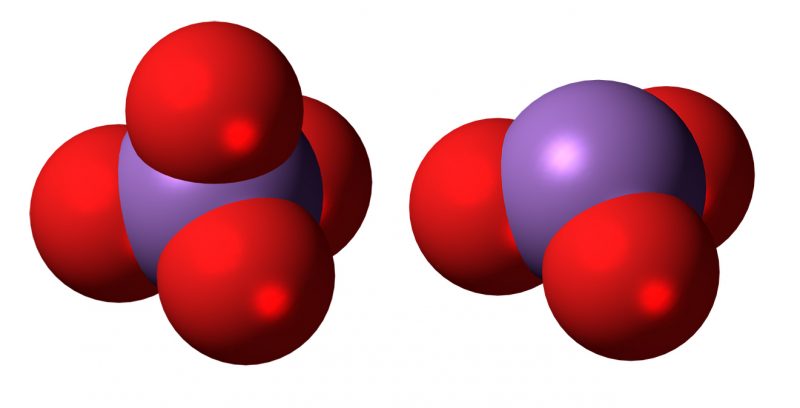 Genetic analyses on DNA extracted from the seawater found two genetic pathways that are known to convert arsenic-based molecules as a way to gain energy.

According to the researchers, the microbes discovered in the water are probably distantly related to the arsenic-breathing microbes found in hot springs or contaminated sites on land. 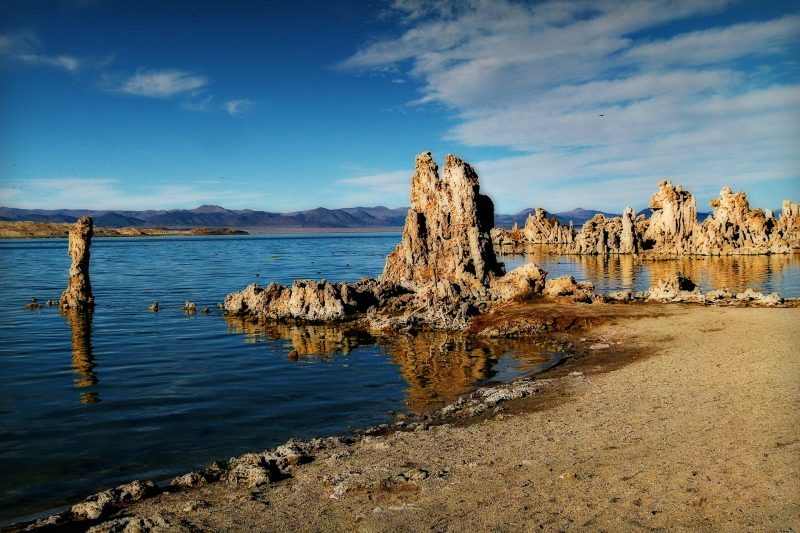 California’s Mono Lake is naturally high in arsenic and is known to host microbes that survive by breathing arsenic. The organisms that live in the marine environment are likely related to the ones on land. Image via Pixabay.

Biologists believe the strategy of using arsenic for respiration is a holdover from Earth’s early history. During the period when life arose on Earth, oxygen was scarce in both the air and in the ocean. Oxygen became abundant in Earth’s atmosphere only after photosynthesis became widespread and converted carbon dioxide gas into oxygen. Early lifeforms had to gain energy using other elements, such as arsenic, which was likely more common in the oceans at that time.

Jaclyn Saunders, a postdoctoral fellow at the Woods Hole Oceanographic Institution, is the study first author. She said:

We found the genetic signatures of pathways that are still there, remnants of the past ocean that have been maintained until today.

Arsenic-breathing populations may grow again under climate change. Low-oxygen regions are projected to expand, and dissolved oxygen is predicted to drop throughout the marine environment. Rocap said:

For me, it just shows how much is still out there in the ocean that we don’t know.