Are tornado outbreaks on the rise?

A new study has found that dangerous tornado outbreaks in the U.S. are on the rise.

A new study has found that dangerous tornado outbreaks — days with multiple strong tornadoes—are on the rise in the U.S. The research was published in the journal Climate Dynamics on August 6, 2014.

Scientists from Florida State University analyzed records of tornadoes with EF ratings greater than 1 (i.e., wind speeds greater than 85 miles per hour) for the years 1954 to 2013. While their results show that there has been a decrease in the number of days when tornadoes form, they found an appreciable increase in the number of days with multiple tornadoes. You can view a graph of their findings for tornado outbreaks over at Climate Progress (see Figure 4). 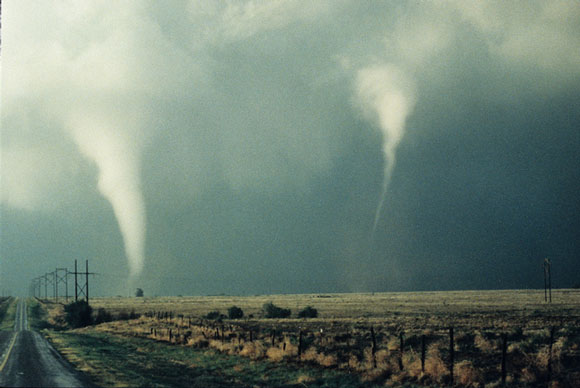 Tornado outbreaks can be very destructive so the new research is troubling. A super tornado outbreak on April 27, 2011 in the U.S. caused 316 fatalities and over 4.2 billion dollars in damage. During this outbreak, 199 tornadoes developed (pdf), 31 of which were rated as an EF 3 or stronger.

The scientists think that the increasing trend in tornado outbreaks is being driven in part by increases in convective energy in the atmosphere due to climate change.

Links between climate change and other extreme weather events such as heat waves and downpours are much stronger than those for tornadoes. This is partially because the historical data on tornadoes are also affected by our improved ability to detect them; other weather-related data tend to be more robust. But because the scientists excluded tornadoes smaller than EF 1’s from their analyses, which are the ones most likely to have been underreported in the past, their data are likely depicting real trends. 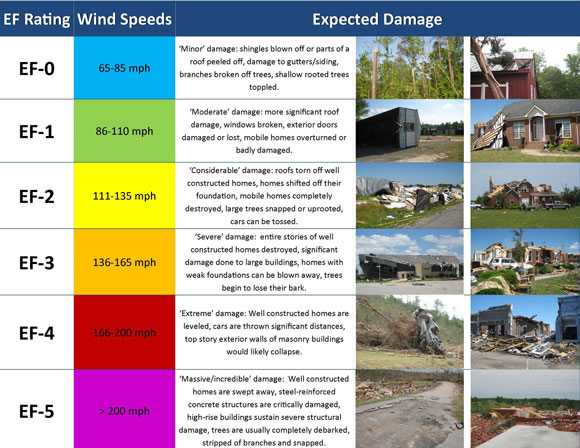 James Elsner, lead author of the study and professor of geography at Florida State University, commented on the findings of the study in a press release. He said:

We may be less threatened by tornadoes on a day-to-day basis, but when they do come, they come like there’s no tomorrow. I think it’s important for forecasters and the public to know this. It’s a matter of making sure the public is aware that if there is a higher risk of a storm, there may actually be multiple storms in a day.

Coauthors of the study included Svetoslava Elsner and Thomas Jagger.

Bottom line: New data published in the journal Climate Dynamics suggest that the risk of big tornado days in the U.S. is on the rise. The increase in tornado outbreaks is thought to be partially driven by increases in convective energy in the atmosphere due to climate change.

Everything you need to know: Tornado safety