Are goats our new best friend?

Have you noticed how your dog will gaze at you when it wants something from you? Researchers have learned that goats do the same thing. 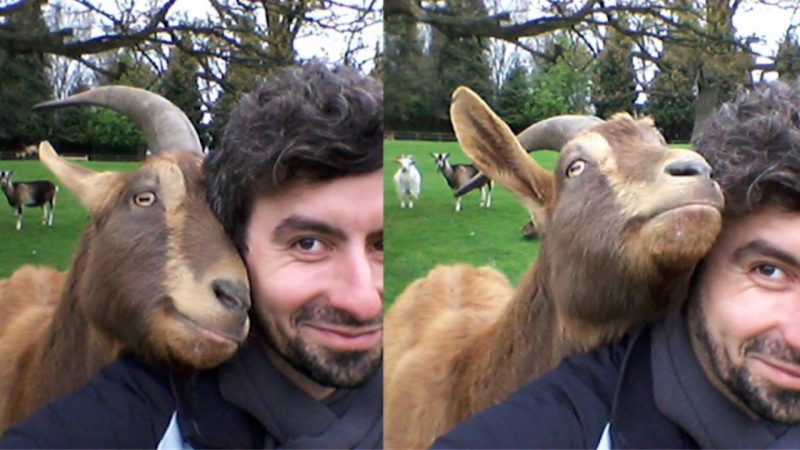 If you watch your dog carefully, you know that dogs use the direction of their gazes to communicate. The same is true of goats, say researchers at Queen Mary University of London. They found that – when facing a problem they can’t solve alone – goats respond to people by gazing at them, just as dogs do. Plus, they learned that goats’ responses change depending on the person’s behavior. The scientists’ conclusion, in statement released July 5, 2016 was that:

Goats have the capacity to communicate with people like other domesticated animals, such as dogs and horses.

They published these results in the journal Biology Letters.

These researchers trained goats to remove a lid from a box in order to receive a reward. In the final test, they made the reward inaccessible and recorded their reaction towards the experimenters, who were either facing the goats or had their backs to them, as shown in the video below.

The researchers found that goats redirected their gazes frequently between the inaccessible reward and human experimenters. Sound like your dog? Goats also gazed towards a forward-facing person earlier, more often and for longer compared to when the person was facing away.

Goats gaze at humans in the same way as dogs do when asking for a treat that is out of reach, for example.

Our results provide strong evidence for complex communication directed at humans in a species that was domesticated primarily for agricultural production, and show similarities with animals bred to become pets or working animals, such as dogs and horses.

These researchers said their work indicates that:

… the domestication of animals has a much broader impact on human-animal communication than previously believed. For example, it’s thought that the capacity of dogs to perceive information from humans is the result of changes to the brain from becoming a companion animal through domestication.

Goats were the first livestock species to be domesticated, about 10,000 years ago.

The researchers said they hope their study will lead to a better understanding of how skilled livestock are in their aptitude to solve problems and interact with humans based on their cognitive abilities – and to an improvement in animal welfare in general. 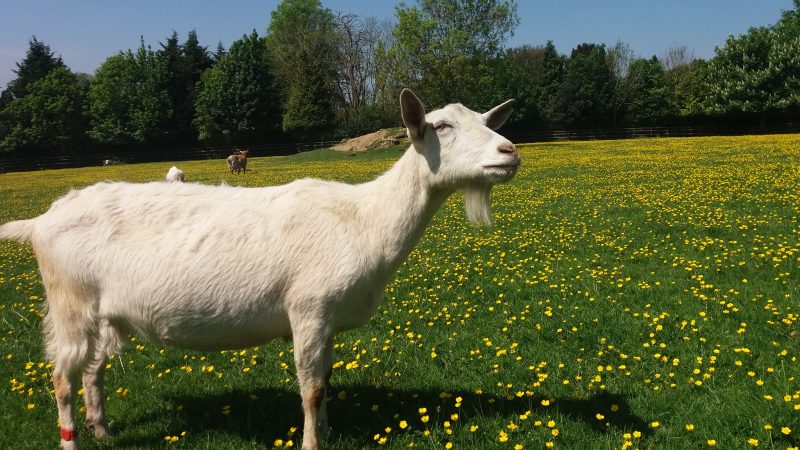 At Buttercups Sanctuary for Goats in Kent, UK, where Nawroth conducted his research, via AlphaGalileo.

Bottom line: Scientists at Queen Mary University of London found that goats use their gazes to communicate with humans, much as horses and dogs do.