Scientists have linked melting Arctic sea ice to the emergence of a deadly virus among sea lions, ice seals, sea otters and other marine mammals. 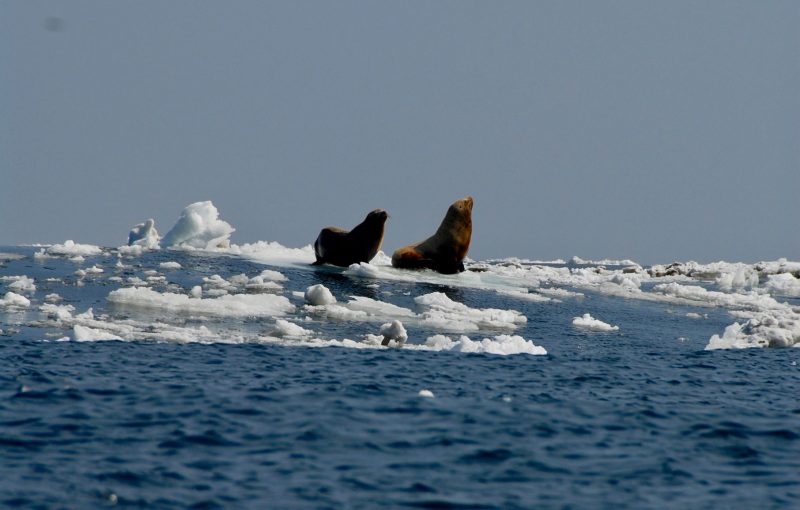 A new study has linked the decline in Arctic sea ice to the emergence of a deadly virus that could threaten marine mammals in the North Pacific. The researchers say melting sea ice is connecting marine mammals that were formerly separated by ice, opening pathways of disease transmission.

The virus, phocine distemper virus (PDV, also called phocine morbillivirus), which killed thousands of European harbor seals in the North Atlantic in 2002, was identified in northern sea otters in Alaska in 2004, raising questions about when and how the virus reached them.

In recent decades, sea ice in the Arctic Ocean has been melting faster than it re-freezes in winter. As the ice melts, the virus is on the move, said the researchers. Their 15-year study, published November 7, 2019, in the peer-reviewed journal Scientific Reports, suggests that the radical reshaping of sea ice has opened pathways for contact between Arctic and sub-Arctic seals that was previously impossible. This allowed for the virus’ introduction into the Northern Pacific Ocean.

Tracey Goldstein, of University of California Davis School of Veterinary Medicine, is a study co-author She said in a statement:

The loss of sea ice is leading marine wildlife to seek and forage in new habitats and removing that physical barrier, allowing for new pathways for them to move. As animals move and come in contact with other species, they carry opportunities to introduce and transmit new infectious disease, with potentially devastating impacts.

For the study, tresearchers sampled marine mammals – including northern fur seals, Steller sea lions and northern sea otters – for PDV exposure and infection from 2001 to 2016, from Southeast Alaska to Russia along the Aleutian Islands and the Bering, Chukchi and Beaufort seas.

The scientists identified widespread infection and exposure to the virus across the North Pacific Ocean beginning in 2003, with a second peak of exposure and infection in 2009. These peaks coincided with reductions in Arctic sea ice extent, they said.

University of Nebraska’s Elizabeth VanWormer is the study lead author. She said:

As sea ice continues its melting trend, the opportunities for this virus and other pathogens to cross between North Atlantic and North Pacific marine mammals may become more common.

Bottom line: A new study suggests declining Arctic sea is contributing to the spread of a deadly virus among marine mammals.