NOAA’s 2014 Arctic Report Card shows that amplified warming in the Arctic is leading to changes across the land and sea.

Warming in the Arctic during 2014 continued to outpace the warming at lower latitudes, according to the Arctic Report Card that was released by the National Oceanic and Atmospheric Administration (NOAA) in late December 2014. Higher levels of warming in the Arctic have been commonplace over much of the past decade.

During those months – as eastern North America experienced unusual cold – monthly temperatures in the Arctic were often +5° Celsius (9° Fahrenheit) above the average winter monthly values for 1981–2010.

Sixty-three authors from 13 different countries contributed to this year’s Arctic Report Card. The first report card was produced in 2006 by NOAA, and new reports are issued on an annual basis. All data in the 2014 Arctic Report Card can be viewed at the link here. 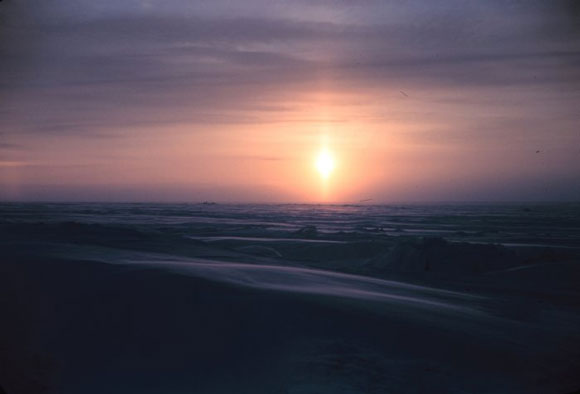 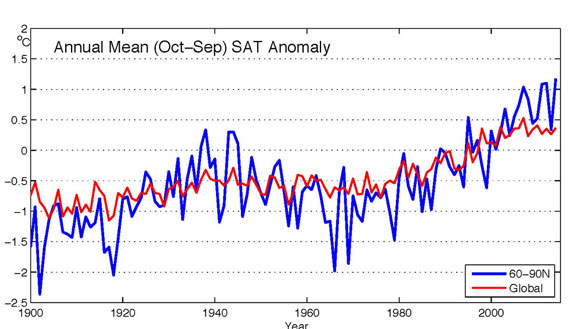 Surface air temperature (SAT) anomalies for the Arctic and worldwide relative to 1981 to 2010.

Amplified warming in the Arctic has been going on for years. It’s due to a variety of factors and feedback processes. For example, warm temperatures lead to a loss of light-colored sea ice and snow, which reflects sunlight. The darkened landscape, in turn, absorbs more sunlight, which leads to higher amounts of warming.

In 2014, the extent of sea ice and snow cover was much lower than that during the later parts of the 20th century. In some locations, the spring snow melt occurred 3 to 4 weeks earlier than normal. 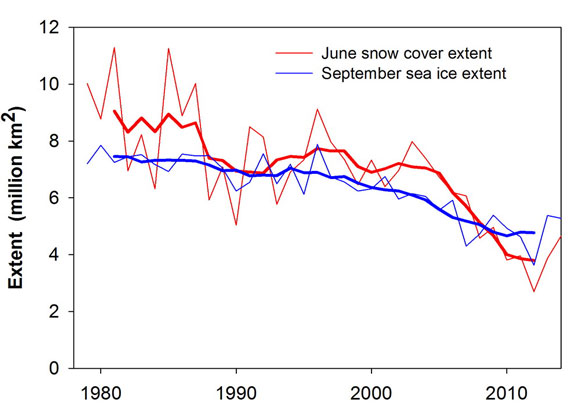 Changes in Arctic ecosystems were also noted during 2014. Some of these changes included an increase in the greenness of tundra vegetation, more extensive blooms of phytoplankton along a few coastlines, and declines in some polar bear populations because of the loss of sea ice.

Both the magnitude of the current warming and the widespread, long-term warming trends across the Arctic strongly suggest that such changes are being driven by global warming.

Martin Jeffries, chief editor of the 2014 Arctic Report Card and adviser for the Arctic and Global Prediction program at the Office of Naval Research, commented on the findings in a press release. He said:

Bottom line: NOAA’s 2014 Arctic Report Card notes that amplified warming is continuing to occur in the region and that this warming is leading to changes across the land and sea.