Our Age of Humans in a galactic context

A proposed new classification system – somewhat like the well-known Kardashev scale for classifying extraterrestrial civilizations – and a new way of thinking about human sustainability on Earth. 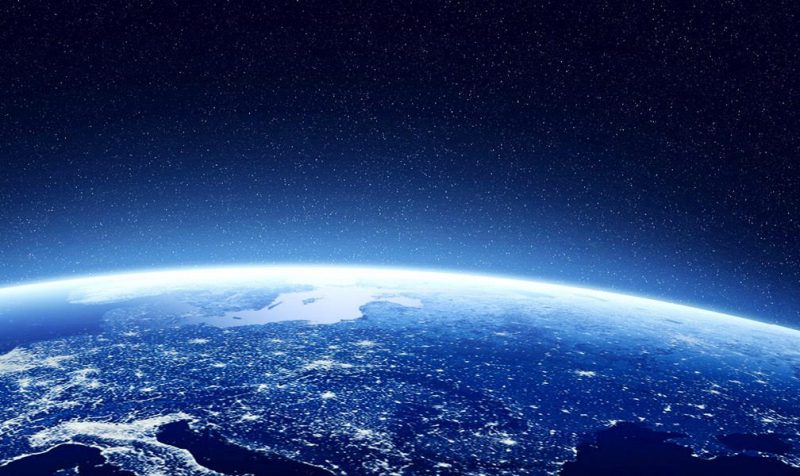 For some years now, many scientists have recognized that humanity has become so prevalent and powerful on Earth that we’re now globally affecting the geologic record, the actual rock record used by geologists to divide the past into named blocks. A year ago, a group of experts recommended that we should officially consider re-naming our geologic epoch the Anthropocene, meaning the Age of Humans. At the same time, scientists who look beyond Earth long spoken of a classification scheme for hypothetical extraterrestrial civilizations, named the Kardashev scale in 1964 for Soviet astronomer Nikolai Kardashev. And now a team of researchers has devised a new classification scheme. It’s reminiscent of the Kardashev scale because it could relate to other worlds in our Milky Way galaxy. And it’s reminiscent of the idea of an Anthropocene because it focuses in part on a civilization’s unintentional planetary impacts, much like those happening on Earth today.

The new paper is called Earth as a Hybrid Planet: The Anthropocene in an Evolutionary Astrobiological Context, and it’s published in the September 6, 2017 issue of the peer-reviewed journal Anthropocene (request text here). Lead author is Adam Frank, a professor of physics and astronomy at the University of Rochester.

The new system proposed by Frank and others is less about super advanced civilizations and more about life’s impact on its world, over time. 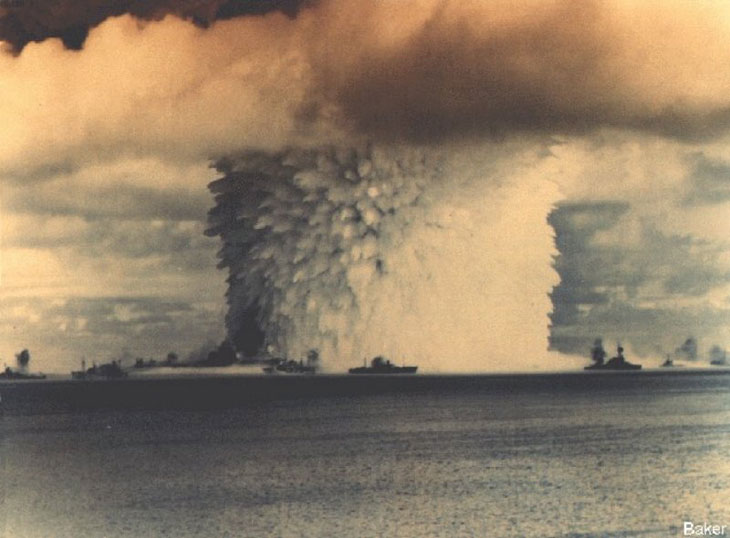 An early nuclear test at Bikini Atoll, 1946. When experts met in 2016 – and recommended officially considering re-naming our geologic epoch the Anthropocene – some felt the start of the Anthropocene should coincide with the beginning of nuclear bomb testing, which caused radioactive elements to be dispersed across Earth and thus laid down in the geologic record. Other experts pointed to other ongoing signs of the Age of Humans, which will also ultimately find their way into the rock record, including plastic pollution, soot from power stations, aluminium and concrete particles and high levels of nitrogen and phosphate in soils, derived from artificial fertilizers. Image via U.S. Dept. of Energy.

Here are the categories in the proposed new system:

Class I represents worlds with no atmosphere at all, such as the planet Mercury and the Earth’s moon.

Class II planets have a thin atmosphere containing greenhouse gases, but no current life, such as the current states of planets Mars and Venus.

Class III planets have perhaps a thin biosphere and some biotic activity, but much too little to “affect planetary drivers and alter the evolutionary state of the planet as a whole.” No current examples exist in the solar system, but early Earth might have represented such a world — and possibly early Mars, if life ever flickered there in the distant past.

Class IV planets have a thick biosphere sustained by photosynthetic activity and life has begun strongly affecting the planetary energy flow. In this system, Earth is a Class IV planet, the only one we currently know for certain exists. What do the scientists mean by energy flow? They’re talking about a state of non-equilibrium thermodynamics — a planet’s energy flow being out of synch – in a way that the presence of a technological civilization can cause.

Class V planets are the final stage in this system, with the planets profoundly affected by the activity of an advanced, energy-intensive species.

The new classification system, the researchers said, is a way of thinking about human sustainability on a planetary scale in the newly recognized Anthropocene epoch. They said:

Our premise is that Earth’s entry into the Anthropocene represents what might, from an astrobiological perspective, be a predictable planetary transition. We explore this problem from the perspective of our own solar system and exoplanet studies.

In our perspective, the beginning of the Anthropocene can be seen as the onset of the hybridization of the planet, a transitional stage from one class of planetary systems to another.

… Any world hosting a long-lived energy-intensive civilization must share at least some similarities in terms of the thermodynamic properties of the planetary system. Understanding these properties, even in the broadest outlines, can help us understand which direction we must aim our efforts in developing a sustainable human civilization.

In other words, they added:

If one does not know where one is going, it’s hard to get there.

Read more via University of Washington 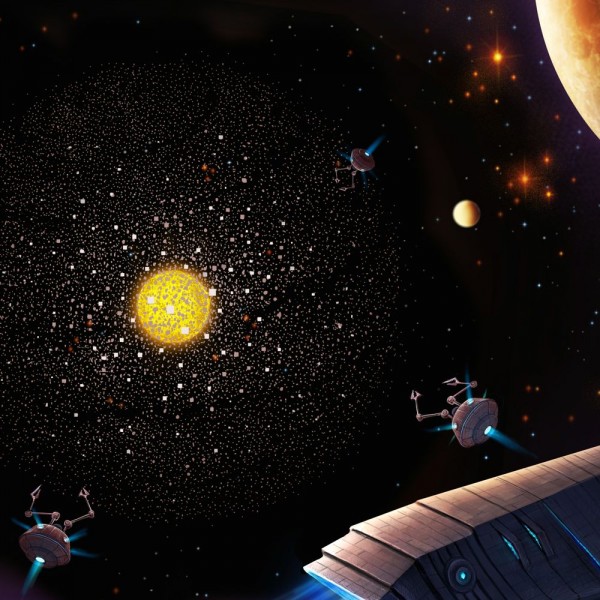 View larger. | Is our current phase of civilization a step along a road to a Karashev-type world? Here’s an artist’s concept of the activities of a Kardashev Type III civilization. Such a civilization would encapsulate the energy of stars by so-called Dyson spheres or swarms. Image via Danielle Futselaar / ASTRON.

Bottom line: The Kardashev scale meets the Anthropocene in a newly proposed classification system. The system offers a new way of thinking about human sustainability on Earth.