Genetic evidence from an Antarctic octopus suggests a massive ice sheet collapse and sea level rise as recently as 200,000 years ago.

Scientists have long been concerned that the massive West Antarctic Ice Sheet could collapse if global temperatures keep climbing. If it did, sea levels are predicted to rise by as much as five metres.

Now, genetic evidence from an Antarctic octopus reveals that this may have happened at some point in the not-too-distant past – possibly as recently as 200,000 years ago.

This suggests that scientists’ concerns about the state of today’s ice sheet could well be justified.

An international team of researchers analysed the genes of the Turquet’s octopus, which lives in the Southern Ocean surrounding Antarctica. During the Census of Antarctic Marine Life, which ran from 2005 to 2010, and International Polar Year, teams of scientists collected Turquet’s octopuses from all around the continent.

We were able to take advantage of much larger sample sizes than had been collected from Antarctica before. This presented us with a unique opportunity.

Adult Turquet’s octopuses only move to escape from predators. This means they tend to stay put and don’t travel very much at all. So the researchers expected octopuses from different regions of Antarctica to be genetically quite dissimilar.

But to their surprise, they found that the genes from octopuses taken from the Weddell and Ross Seas, on the opposite sides of Antarctica, were startlingly similar. Strugnell said:

The Ross and Weddell Seas are completely separate: they’re about 10,000 kilometres apart. So we expected the genetics of these octopuses to be quite different.

When the climate was much warmer, sea levels would have been substantially higher, because less water would’ve been locked up as ice. In this situation, the Ross and Weddell Seas could have been connected. Strugnell said:

Ocean currents would have both facilitated and hindered the flow of genes. But the Antarctic Circumpolar Current almost certainly wouldn’t have facilitated so much dispersal by octopuses that two populations have almost identical genetics.

So, we think this would only have happened if the West Antarctic Ice Sheet had collapsed.

In contrast, Turquet’s octopuses from other parts of Antarctica showed the level of genetic differences that Strugnell and her colleagues were expecting. 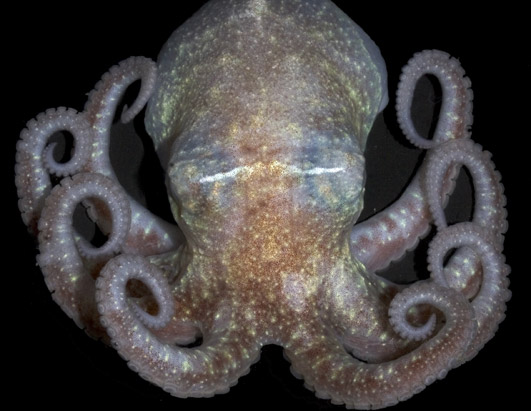 Indeed, the researchers found that the depth of the ocean and ocean currents have had a huge effect on limiting the movement of individuals. Dr Phill Watts from the University of Liverpool is a member of the study team. He explained:

The octopus do not go any deeper than 1000 metres, so populations on areas of continental shelf that are separated by deep water are very effectively isolated.

While a previous study in 2010 provided the first evidence of a trans-Antarctic seaway connecting the Ross and Weddell Seas, this is the first genetic evidence of such a connection.

Of the world’s three major ice sheets, scientists think the WAIS is most vulnerable to changes in the climate. Many say the ice sheet is inherently unstable and could collapse fairly quickly, making a substantial contribution to sea-level rise.