Why are some icebergs green?

A new idea might solve a decades-long scientific mystery about why some Antarctic icebergs are tinged emerald green rather than the normal blue.

Glaciologists have proposed a new theory to explain why some Antarctic icebergs are tinged emerald green rather than the normal blue. They suspect iron oxides in rock dust from Antarctica’s mainland are what’s turning some icebergs green.

The new study, published in the Journal of Geophysical Research: Oceans on January 10, 2019, suggest that the green icebergs ferry a key nutrient for marine life from Antarctica’s mainland to the open sea. 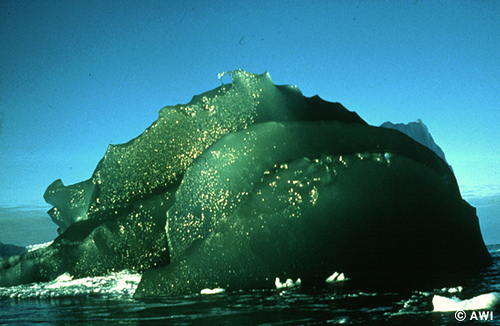 Pure ice is blue because ice absorbs more red light than blue light. Most icebergs appear white or blue when floating in seawater, but since the early 1900s explorers and sailors have reported seeing peculiar green icebergs around certain parts of Antarctica.

The green icebergs have been a curiosity to scientists for decades. They had suspected that dissolved organic microscopic particles of long-dead marine plants and animals were getting trapped in the ice as the water froze to the underside of the ice shelf, turning the ice green.

But the new study suggested a different culprit. The research team formulated their theory after they discovered large amounts of iron in East Antarctica’s Amery Ice Shelf – an ice core sample showed ice near the core’s bottom had nearly 500 times more iron than the glacial ice above. Iron oxides found in soil, rocks, and common rust tend to have warm, earthy hues – yellows, oranges, reds and browns. 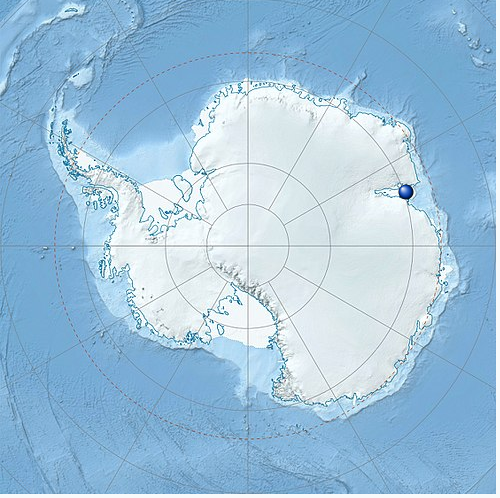 Location of Amery Ice Shelf in Antarctica. Image via Wikipedia.

Iron is a key nutrient for phytoplankton, microscopic plants that form the base of the marine food web. But iron is scarce in many areas of the ocean. If experiments prove the new theory right, say the researchers, it would mean green icebergs are ferrying precious iron from Antarctica’s mainland to the open sea when they break off, providing this key nutrient to the organisms that support nearly all marine life. Stephen Warren, a glaciologist at the University of Washington, is the study lead author. He said in a statement:

It’s like taking a package to the post office. The iceberg can deliver this iron out into the ocean far away, and then melt and deliver it to the phytoplankton that can use it as a nutrient. We always thought green icebergs were just an exotic curiosity, but now we think they may actually be important. 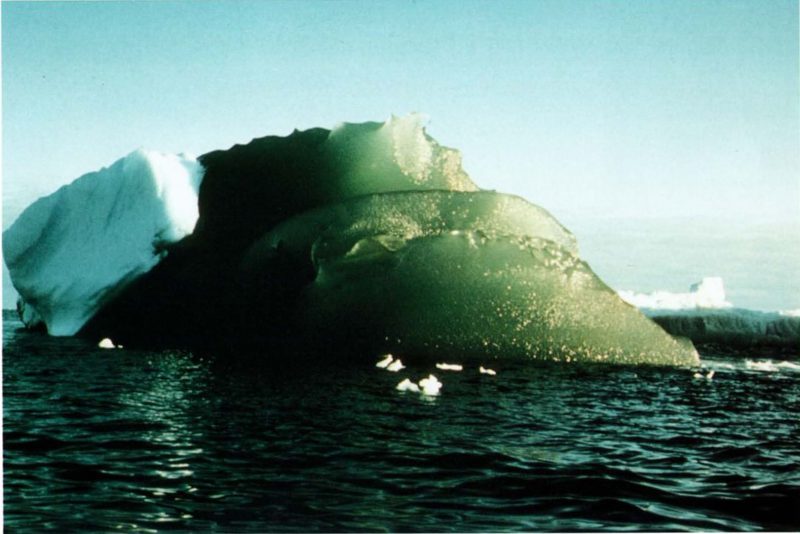