This is a rare look at tropical DNA, courtesy of an ancient giant tortoise that tumbled into a sinkhole 1,000 years ago. 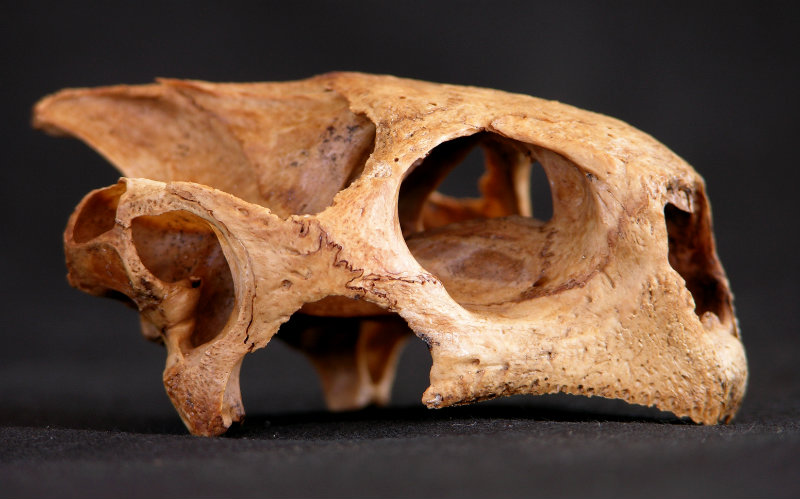 The fossil skull of the Bahamian tortoise, which yielded the first ancient tropical DNA. Photo courtesy of Nancy Albury via UF News.

A now-extinct Bahamian giant tortoise that tumbled into a limestone sinkhole 1,000 years ago has provided the first sample of ancient DNA retrieved from an extinct tropical species. Using the creature’s humerus, or bone of the upper forelimb, scientists were able to reconstruct a near-complete mitochondrial genome of the tortoise, Chelonoidis alburyorum. Co-author David Steadman, an ornithologist at the University of Florida, said in a February 7, 2017 statement:

This is the first time anyone has been able to put a tropical species into an evolutionary context with molecular data.

And being able to fit together the tortoise’s evolutionary history together will help us better understand today’s tropical species, many of which are endangered.

The work allows the team to contextualize the history of the Caribbean tropics, giving them a new view of how life evolved there. The study was published in the peer-reviewed Proceedings of the Royal Society B. 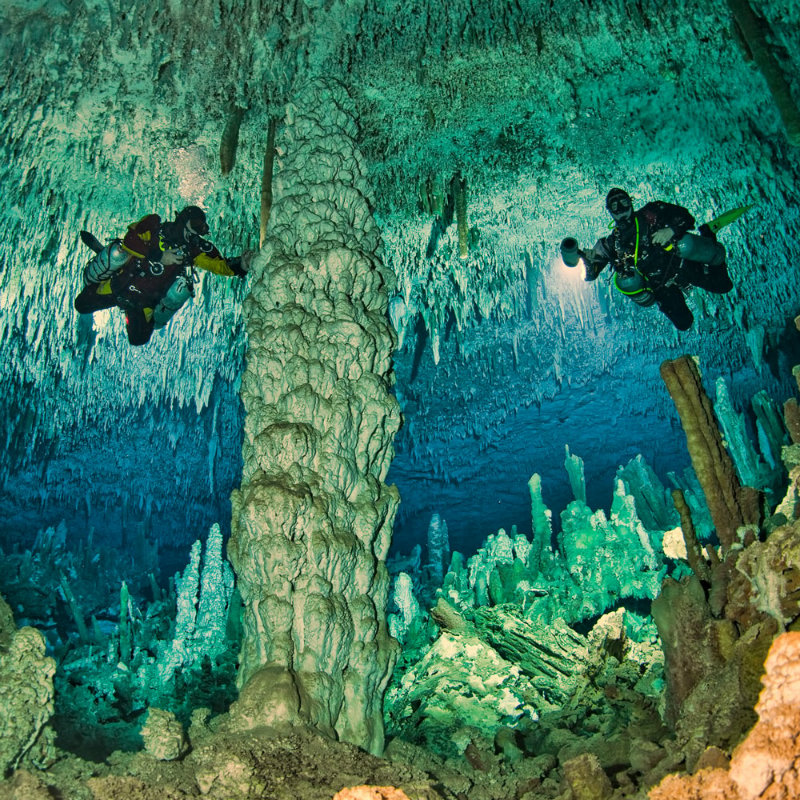 The tortoise was retrieved from Sawmill Sink, a deep blue hole in the Bahamas. Photo by Brian Kakuk via UF News.

The rare skeletal discovery was made possible by the unique chemical composition of the water-filled sinkhole where the skull, shell, and other fragments were found. The Sawmill Sink on Abaco Island is stratified and lacks oxygen. The lack of oxygen deters decomposition and preserves fossils. Other giant tortoises have been found within the sinkhole, although DNA testing on those others has not been conducted yet. Steadman said:

The two things that are really good for the long-term preservation of DNA are coldness and dryness. And the tropics typically provide neither one.

After retrieving the tortoise from Sawmill Sink, a deep blue hole in the Bahamas with steep vertical walls, scuba divers found not only the shell intact, but the entire skeleton. The Bahamian tortoise contained bone collagen, a protein that, when radiocarbon dated, made it possible for scientists to estimate that the species went extinct only 780 years ago—soon after the arrival of human settlers in the area.

In the fossil record, so many species are described just from a few fragments that exist, and while it’s a lot better than nothing, you don’t get to characterize the entire critter.

Whereas, with this tortoise, well, here it is. 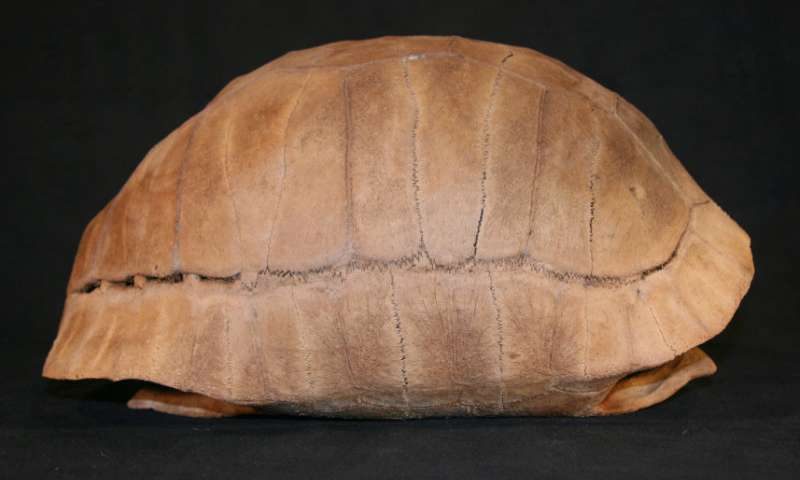 A plastic 3-D model created from the ancient tortoise’s shell rests easily in two hands, about the size of a football. Bite marks from crocodiles and other predators are visible on the surface. Image via UF News.

Bottom line: An ancient giant tortoise that tumbled into a sinkhole 1,000 years ago has given researchers a rare look at tropical DNA.