Ancient skull offers clues to humans’ migration out of Africa

A partial skull from a cave in northern Israel sheds light on the first modern humans to walk out of Africa and their interbreeding with Neanderthals. 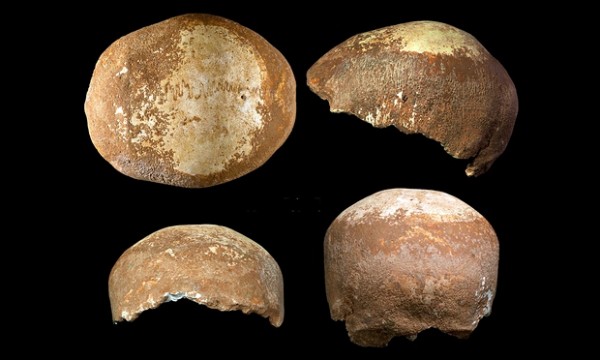 Views of a human skull, with a missing jaw, found in northern Isreal and estimated at 55,000 years old. Photograph via Tel Aviv University and University of Vienna 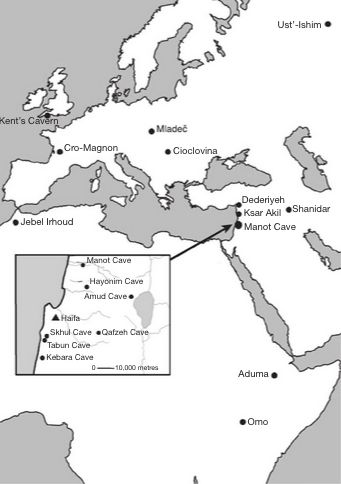 Location of Manot Cave in northern Israel. Map via Nature.

In 2008, a bulldozer clearing land for a development near the Sea of Galilee in northern Israel revealed the opening to a limestone cave. The cave entrance had apparently been blocked for 15,000 years. Later, amateur speleologists found a partial skull in the cave, which researchers recognized as an important find. An international team of researchers now says the partial skull is some 55,000 years old. They say it sheds light on the interbreeding of our ancestors with Neanderthals and provides new insights into the migration of modern humans out of Africa. The Israeli, North American and European researchers reported the rare find and their analysis of it in the journal Nature on January 28, 2015.

Anthropologists believe that modern humans (Homo sapiens) walked out of Africa at least 60,000 years ago. At that time, the climate in parts of Europe was cold and harsh, and so modern humans spread only slowly across the continent until about 45,000 years ago.

Spread they did, however, eventually replacing all other forms of hominin (humans and their predecessors). And yet, because human fossils from this important period in human history are scarce, the details of our ancestors’ initial migration from Africa and subsequent spread across Europe has remained largely mysterious.

Prof. Israel Hershkovitz of Tel Aviv University led the anthropological study of the skull, and led the excavation together with archaeologists Dr. Ofer Marder of Ben-Gurion University, and Dr. Omry Barzilai of the Israel Antiquities Authority. Hershkovitz was quoted in an article in Nature as saying:

… the Manot people are probably the forefathers of the early Palaeolithic populations of Europe.

A distinctive bun-shaped occipital region at the back of the partial skull suggests its connection with modern humans.

The shape of the skull is what suggests this connection. The researchers say it has a distinctive bun-shaped occipital region at the back. In this way, its shape resembles modern African and European skulls.

The Manot people are also a leading candidate for the humans that bred with Neanderthals — exploits that have given all of today’s non-African humans a sliver of Neanderthal heritage. The Manot Cave is not far from two other sites that held Neanderthal remains of a similar age.

The researchers suggest that the population from which this skull is derived had recently migrated out of Africa and established itself in the Levantine corridor – the relatively narrow strip between the Mediterranean Sea to the northwest and deserts to the southeast which connects Africa to Eurasia – during a time span that was favorable for human migration, due to a warmer and wetter climate over the Northern Sahara and the Mediterranean. 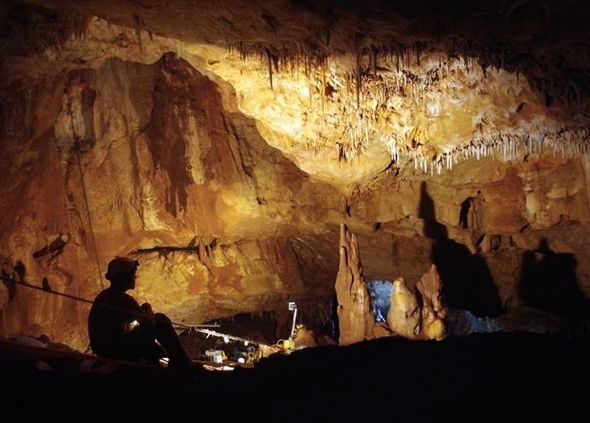 Bottom line: A partial skull found in a cave in northern Israel sheds light on the interbreeding of our ancestors with Neanderthals and provides new insights into the migration of modern humans out of Africa.

Via Alpha Galileo and Nature