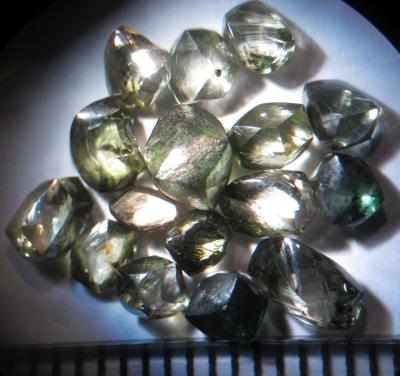 A collection of the Witwatersrand diamonds. These diamonds recently helped reveal how long Earth’s land crust has undergone the motion of plate tectonics. Image via Wits University

Plate tectonics, the theory that describes large-scale motions between enormous segments of Earth’s crust, is the process that shapes mountains and mid-ocean trenches, and causes earthquakes and volcanic eruptions. But when did plate tectonics first begin on our planet? A recent analysis of nitrogen atoms trapped inside ancient diamonds reveal that plate tectonics was well underway as early as 3.5 billion years ago. These findings, by scientists from South Africa and Canada, were published in the January 2016 issue of Nature Geoscience.

The large slow-moving plates of the Earth’s crust lie atop the mantle, a rock layer that extends from about 4 to 1,750 miles (7 to 2,800 km) below the surface. Plate movements are driven by interactions between the crust and convection cells in the mantle where heated material rises from below and cooler material sinks downward.

Earth is thought to have formed about 4.5 billion years ago, but there’s some uncertainty about when plate tectonics first got started. Geochemical analysis of the oldest known rocks hold few clues, suggesting a range for earliest known tectonic plate activity between 3.8 to 3 billion years ago.

However, traces of the deep past are hidden within ancient diamonds. Dr Katie Smart of Wits University in Johannesburg, lead researcher for the new study, said in a statement:

Because diamonds are some of the the hardest, most robust material on Earth, they are perfect little time capsules and have the capacity to tell us what processes were occurring extremely early in Earth’s history. 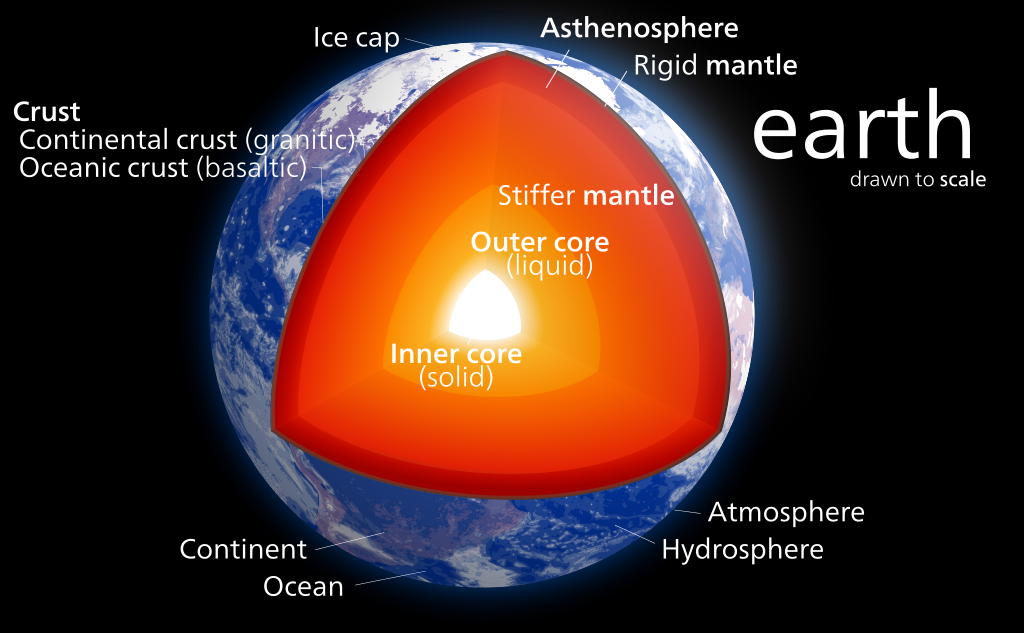 An illustration of Earth’s internal structure. Image via Kelvinsong at Wikipedia Commons.

Diamonds are formed in the Earth’s mantle. They’re brought to the surface by volcanic activity. Most diamonds are younger than three billion years. But the three diamonds analyzed by Dr. Smart and her colleagues came from the Witwatersrand Supergroup, a three billion year old sedimentary rock formation in Johannesburg, South Africa.

The Witwatersrand diamonds are much older than three billion years; they had originally surfaced elsewhere, had eroded out of their original volcanic rock and were transported into sediment that eventually turned into the Witwatersrand rock formation.

While the diamonds themselves cannot be directly dated, inclusions that were trapped in the diamonds while they formed can provide valuable information about its age and origins.

We can use the carbon and nitrogen isotope compositions of the diamonds to tell us where the source material involved in the formation of the Witwatersrand diamonds over 3 billion years ago came from.

The nitrogen isotope composition of the Witwatersrand diamonds indicated a sedimentary source (nitrogen derived from the Earth’s surface) and this tells us that the nitrogen incorporated in the Witwatersrand diamonds did not come from the Earth’s mantle, but that it was rather transported from Earth’s surface into the upper mantle through plate tectonics.

This is important because the nitrogen trapped in the Witwatersrand diamonds indicates that plate tectonics, as we recognize it today, was operating on ancient Archaean Earth, and actively transported material at Earth’s surface deep into the mantle. 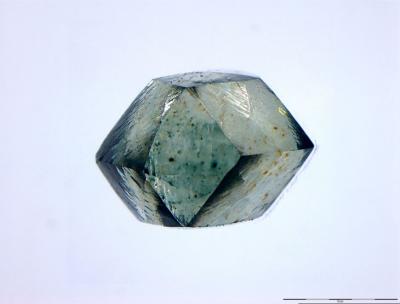 One of the Witwatersrand diamonds. Image via Wits University.

Bottom line: Nitrogen in the Witwatersrand diamonds has characteristics that suggest that it originated from sediment on the Earth’s surface. It was pulled down into the Earth’s mantle at a subduction zone along a tectonic plate where it became embedded in diamonds that were formed in the mantle. Volcanic activity brought those diamonds to the Earth’s surface where it likely took a 500-million-year journey: eroding from its original volcanic rock, and transported to another location where it was deposited in sediment that would eventually become the 3 billion year old Witwatersrand rock formation. This diamond’s story indicates that tectonic plate activity was present on Earth at least 3.5 billion years ago.