Researchers suggest 110-120 million year old fossil footprints were made by ancient crocodiles that walked on 2 hind legs about the same length as adult human legs. 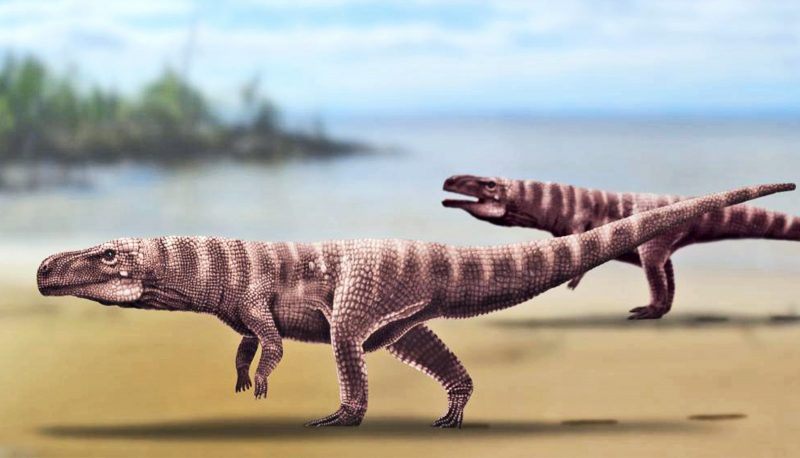 A reconstruction of an ancient landscape of South Korea, showing crocodiles that walked on 2 legs and left tracks studied by scientists today. Image via Anthony Romilio/ University of Queensland.

An international team of researchers has announced that a trackway of ancient footprints – first thought to belong to a pterosaur – might have been made by ancestors of today’s crocodiles that walked on two hind legs, like dinosaurs. The fossil footprints, which the researchers estimate are 110 to 120 million years old, were discovered in the Jinju rock formation, near Sacheon City in South Korea. University of Queensland paleontologist Anthony Romilio is a co-author of the new study, which was published June 11, 2020, in the peer-reviewed journal Scientific Reports. He said in a statement:

The footprints measure around 24 centimeters (9 inches), suggesting the track-makers had legs about the same height as human adult legs. These were long animals that we estimate were over 3 meters (10 feet) in length. 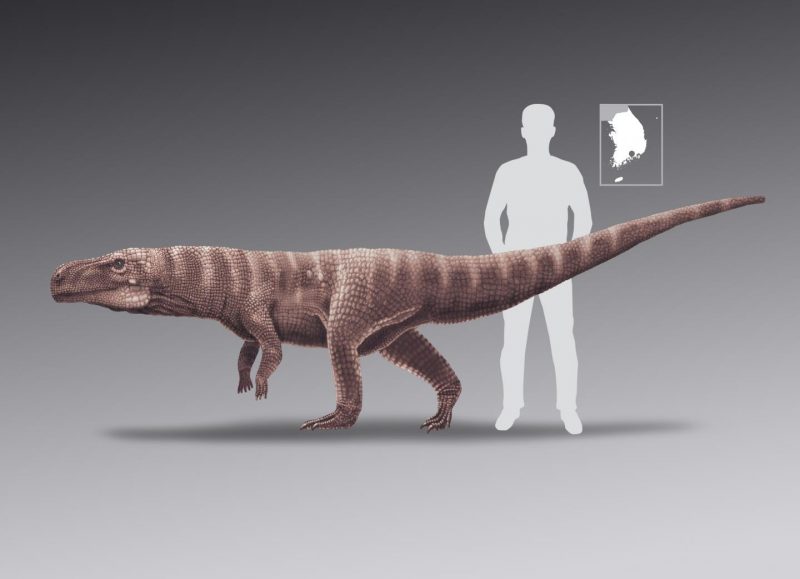 While footprints were everywhere on the site, the researchers noticed that there were no handprints. Study leader Kyung Soo Kim, from Chinju National University of Education, said:

Typical crocodiles walk in a squat stance and create trackways that are wide. Oddly, our trackways are very narrow looking – more like a crocodile balancing on a tight-rope.

When combined with the lack of any tail-drag marks, it became clear that these creatures were moving bipedally.

They were moving in the same way as many dinosaurs, but the footprints were not made by dinosaurs. Dinosaurs and their bird descendants walk on their toes. Crocodiles walk on the flat of their feet leaving clear heel impressions, like humans do.

Researchers initially questioned the absence of hand impressions from the trackways, given that today’s typical crocodiles are “four-legged” or quadrupedal. Romilio said:

Fossil crocodile tracks are quite rare in Asia, so finding an abundance of nearly one hundred footprints was extraordinary.

As an animal walks, the hind feet have the potential of stepping into the impression made by the hand and ‘over-printing’ it, but we find no evidence of this at these Korean sites.

It isn’t due to poor preservation either, because these fossils are spectacular, they even have the fine details of the toe-pads and scales on their soles preserved. 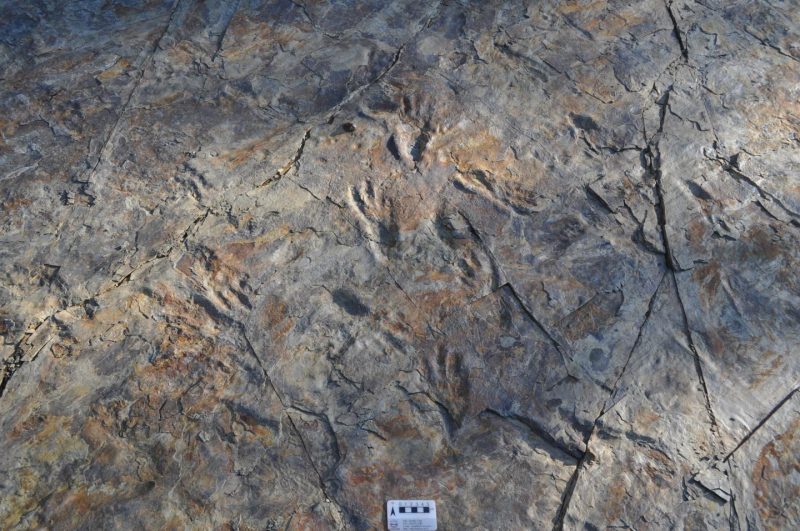 Biologist Michela Johnson studies crocodylomorphs – extinct ancestors of modern crocodiles – at the University of Edinburgh. She told New Scientist that the fossilized tracks appear to have very distinct, chunky-looking toes, in addition to impressions from crocodile-like scales. She added:

But modern crocodiles have at least some webbing between toes in their back feet, whereas these tracks don’t appear to have any.

Bottom line: Researchers say that a trackway of 110-120 million year old fossil footprints may have been made by ancient crocodiles that walked on two hind legs about the same length as adult human legs.

Source: Trackway evidence for large bipedal crocodylomorphs from the Cretaceous of Korea