Typhoon Jelawat pushed into Japan this past weekend and produced strong winds, flooding, and power outages. Check out these amazing videos!

Typhoon Jelawat pushed over parts of Japan this past weekend, with the hardest hit area in Okinawa on September 29, 2012, where winds supported a Category 2 storm. Winds in Okinawa were estimated around 100-110 miles per hour. Parts of Japan experienced heavy rain and gusty winds as Jelawat pushed to the northeast and slowly weakened as it encountered land and more wind shear. By Sunday evening (September 30), Jelawat had weakened into a tropical storm as it pushed over Tokyo, Japan. Check out these videos of Jelawat as it approached Okinawa, Japan.

In the second video, keep an eye on the white car located at the top center of the frame. Winds were strong enough to blow vehicles away! According to the Associated Press, Typhoon Jelawat left approximately 145 people with minor injuries with the hardest hit area around Okinawa. Tens of thousands of people are without power, and as of now, there has been one casualty. 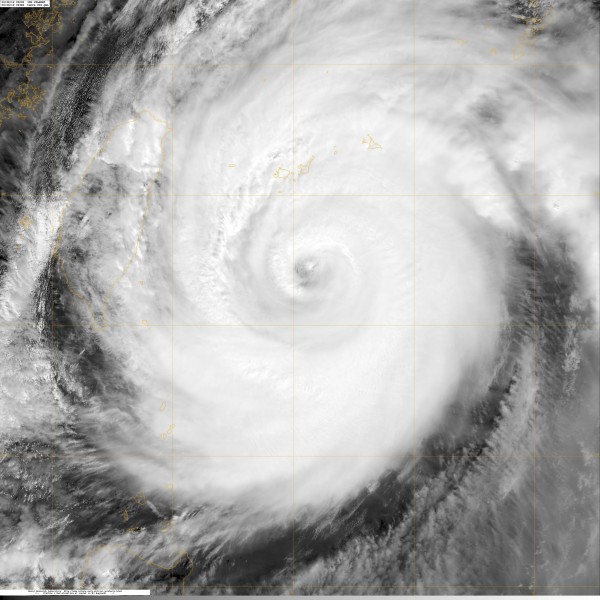 Bottom line: Videos showing strong winds, damage to buildings and even a car being swept away by wind as Super Typhoon Jelawat hit Okinawa Japan on September 29, 2012, then pushed on to Tokyo. Okinawa seems to have been the hardest hit area, with one reported casualty, and 145 people left with minor injuries. Tens of thousands of people are still without power.