Here is a collection of video caught on film by TyphoonHunter as Typhoon Utor struck Southeast China on August 14, 2013.

Typhoon Utor struck in southeast China yesterday as a Category 1 storm packing sustained winds around 90 miles per hour. Tens of thousands of people evacuated in advance of Utor, which made landfall 150 miles southwest of Hong Kong. Strong winds knocked down trees and signs. Here are some impressive videos posted by TyphoonHunter via Youtube.

The following video was shot in the back end of Typhoon Utor as it hit Zhapo, China.

Here is a shot of the storm as the eye made landfall. This is where the strongest part of the storm occurs, and is the location of the maximum sustained winds.

Bottom line: Typhoon Utor made landfall in Southeast China on August 14, 2013 with maximum sustained winds of 90 mph. It produced strong winds and heavy surf along the coast, as seen in the videos posted above via TyphoonHunter and James Reynolds. 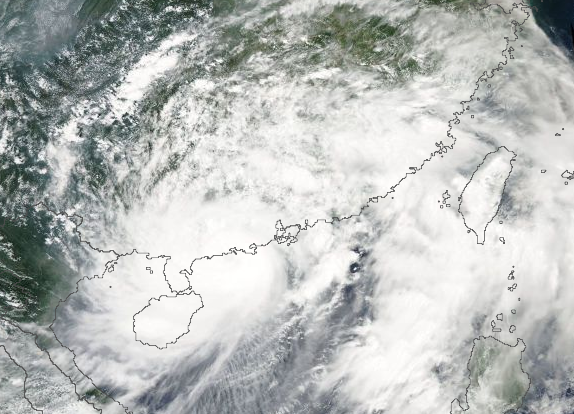 For more information regarding Typhoon Utor, check out our previously written posts.

NASA satellites capture Super-typhoon Utor before and after landfall