A photogenic tornado developed near the Denver Airport yesterday. As of now, very little damage has been reported from this storm.

A weak tornado formed right outside the Denver International Airport yesterday (June 18, 2013) in the afternoon hours. As of now, no one was directly impacted by this tornado, and very little damage was reported. It formed near the airport, but never directly hit the airport. The tornado produced roughly 97 mile per hour winds right around 2:30 p.m. local time in Denver. All flights were canceled or rerouted due to the storms in the area, and everyone was able to take shelter inside. Check out the amazing footage and photos of this tornado! 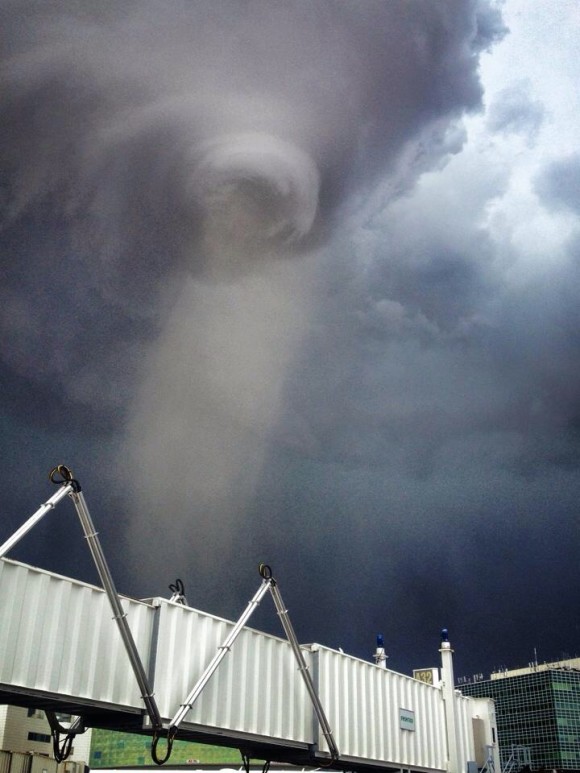 Picture of the tornado near the Denver airport. Image Credit: Mike Sellers 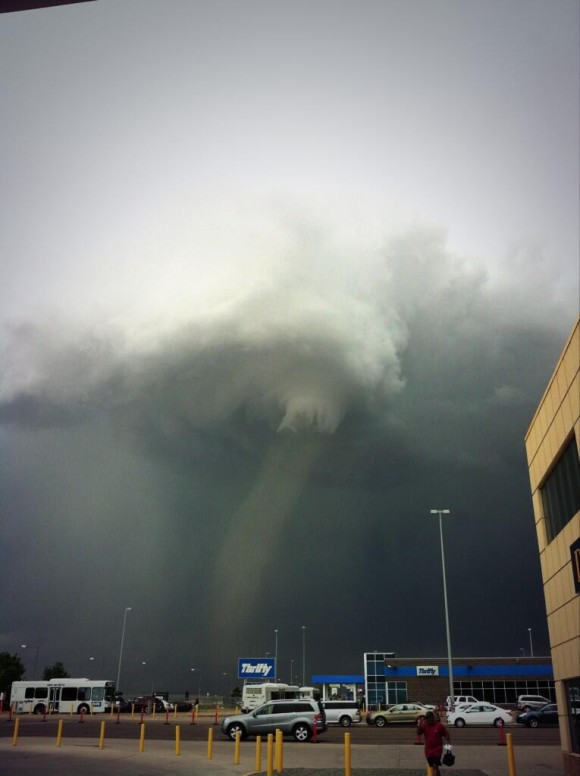 Bottom line: A tornado formed right near the Denver airport producing winds of nearly 100 mph. The airport had safety procedures in place, and everyone was able to take shelter, as all flights were canceled or delayed until the storm pushed through. In my opinion, it was one of the more “photogenic” tornado pictures and video I have seen in a long time. Plus, everyone was safe!