As hurricane season 2011 reaches its peak, it’s a wild weekend for storms in the tropical Atlantic ocean basin. Peer down from above!

We couldn’t resist this GOES satellite image of the tropical Atlantic ocean basin, where four tropical cyclones or remnants were still active as of yesterday. NOAA’s GOES-13 satellite captured Katia, Lee, Maria and Nate on September 9, 2011, at 10:45 a.m. EDT (14:45 UTC).

As you can see, we’re entering the peak of the 2011 Atlantic hurricane season. 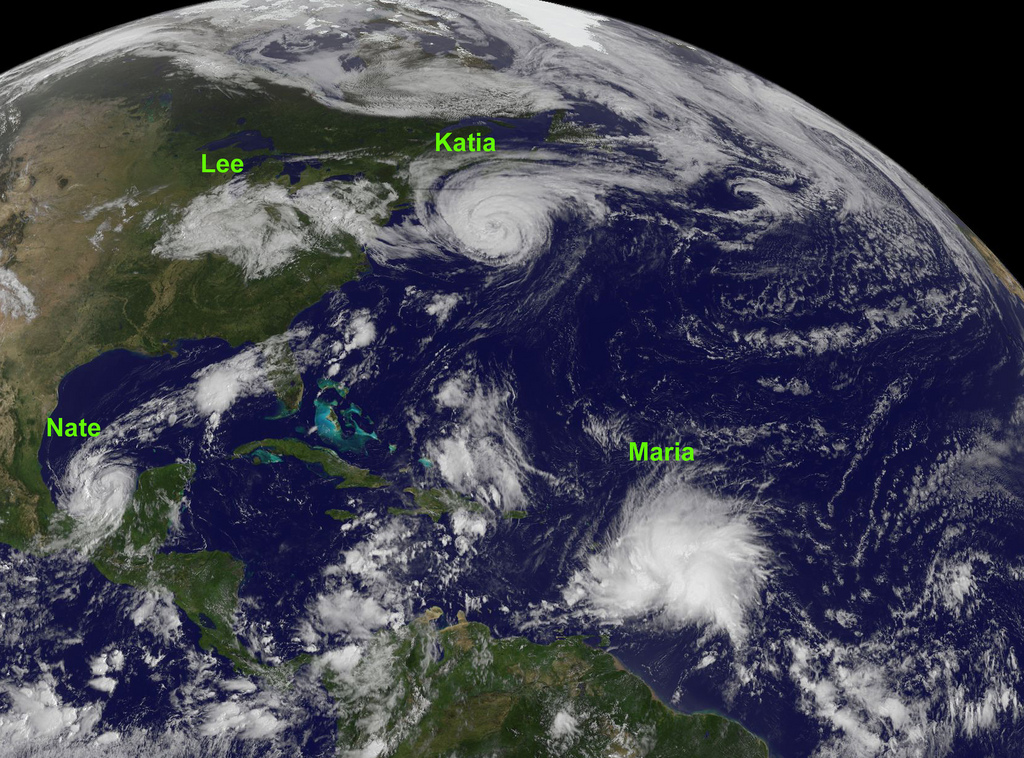