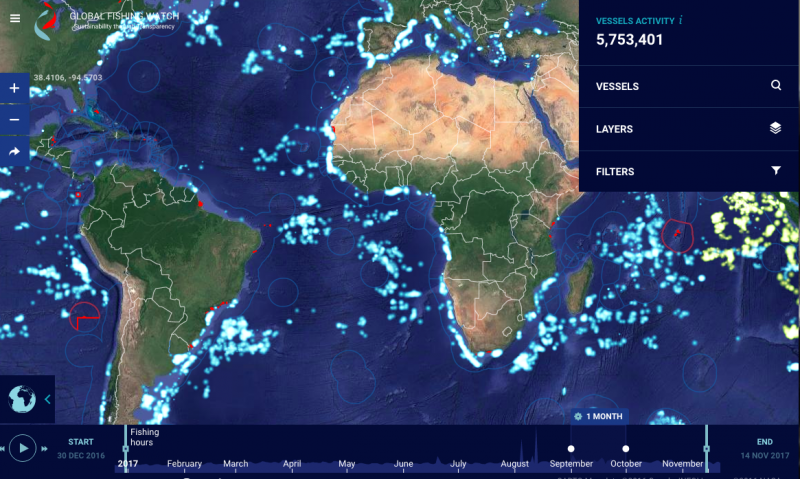 You can visit the global interactive map here.

Their research, published February 23, 2018, in the journal Science, reveals that fishing activity now covers at least 55 percent of the world’s oceans — four times the land area covered by agriculture. In 2016, according to the study, 70,000 vessels of the global fishing fleet traveled 286 million miles (460 million km) – equivalent to traveling to the moon and back 600 times.

The researchers created an interactive map — which is freely available to the public — that shows a near real-time global view of the fishing patterns of individual vessels and fleets.

Christopher Costello, a professor at the University of California, Santa Barbara, is a study co-author. Costello said in a statement:

I think most people will be surprised that until now we didn’t really know where people were fishing in vast swaths of the ocean. This new real-time dataset will be instrumental in designing improved management of the world’s oceans that is good for the fish, ecosystems, and fishermen. 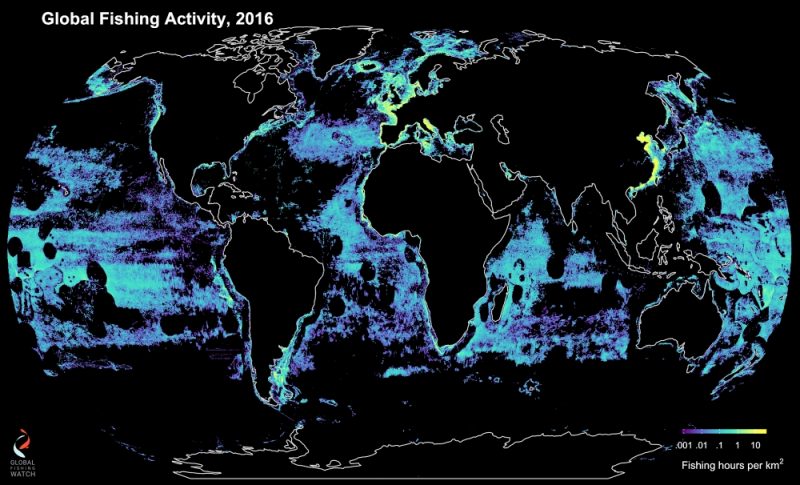 While the dataset is hundreds of times higher in resolution than previous global surveys, the researchers say that the total area of the ocean fished is likely higher than the 55 percent estimated. That’s because some fishing efforts in regions of poor satellite coverage or in exclusive economic zones with a low percentage of vessels using the automatic identification system (AIS) were not included.

The investigative team found that when and where fishing occurs are tied more to politics and culture than to natural cycles such as fish migrations and marine food production. Costello said:

Our analysis demonstrated that policies, cultures, and economics play a huge role in driving fishing behavior. In addition, we examined whether fishing diminished when fuel prices were high and found a weak response. These are the kinds of things about which we’ve always speculated but haven’t ever been able to test – until now.

Read more about the study from University of California Santa Barbara