As you check your local weather forecast today, give a nod to Albert J. Myer, born on this date in 1828, who helped to establish the US National Weather Service. 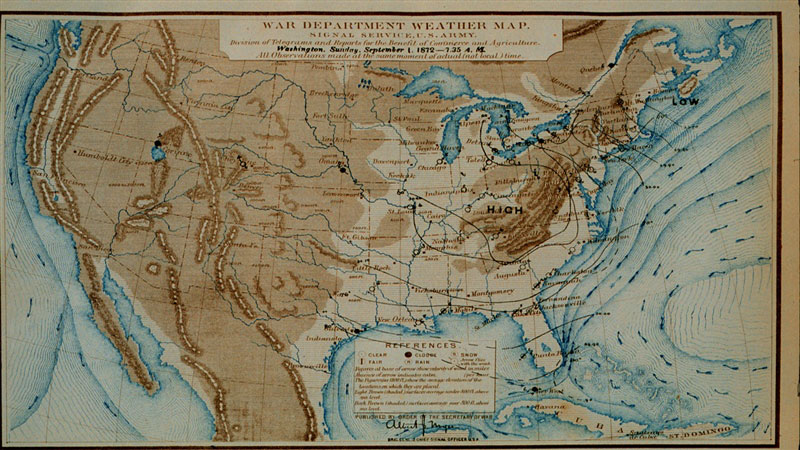 A historical weather map for September 1, 1872, produced by the US Signal Service. Image via NOAA Photo Library.

Today, September 20, marks the birthday of General Albert J. Myer (1828–1880), who helped to establish the United States National Weather Service. The National Weather Service is the U.S. federal government agency responsible for issuing weather forecasts and dangerous weather alerts such as hurricane warnings. These efforts have saved countless lives over the years. 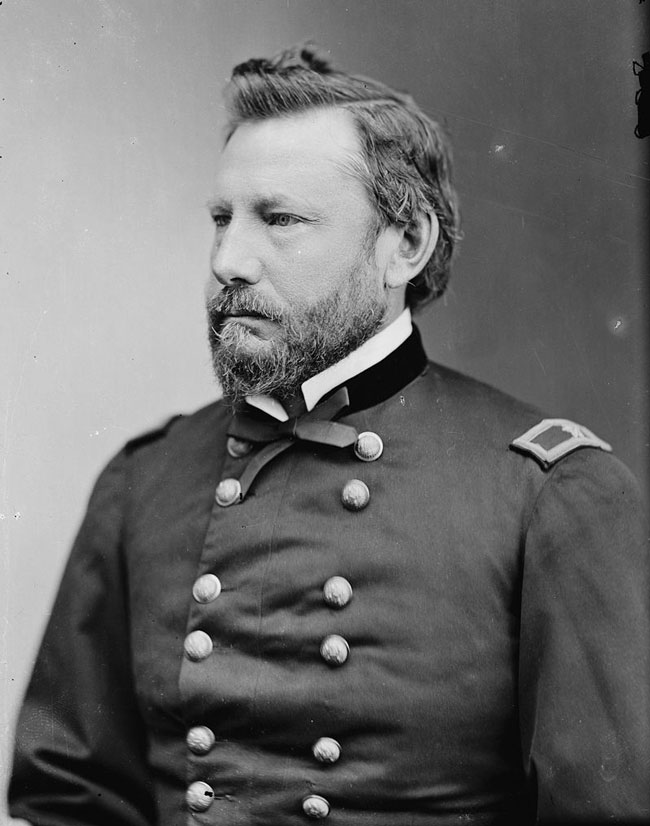 General Myer was born in Newburgh, New York, on September 20, 1828. He and his family moved to western New York in 1834. In 1851, Myer received a Doctor of Medicine degree from Buffalo Medical College, where he wrote a thesis about sign language. After joining the U.S. Army in 1854, he helped to devise a system for communicating across long distances known as wig-wag signaling. In such signaling, a person moves a flag around in a coded manner. This method was used widely on both sides in the Civil War. Thereafter, the U.S. Army established the Signal Corps and appointed Myer as the Chief Signal Officer. In 1867, President Andrew Johnson nominated Myer to the rank of brigadier general, and his appointment was approved by the U.S. Senate in 1868.

The U.S. Weather Bureau was established by an act of Congress in 1870 to formalize the process of using signaling technology to warn ships on the Great Lakes and at sea of the approach of dangerous storms, among other activities. The bureau was first assigned to the Signal Corps under the command of General Myer. In 1890, the bureau was made into a civilian organization, and the name was changed to the National Weather Service in 1970.

General Myer’s work in meteorology was also instrumental in the establishment of many weather stations throughout the world, which were critical to the later formation of the World Meteorological Organization. 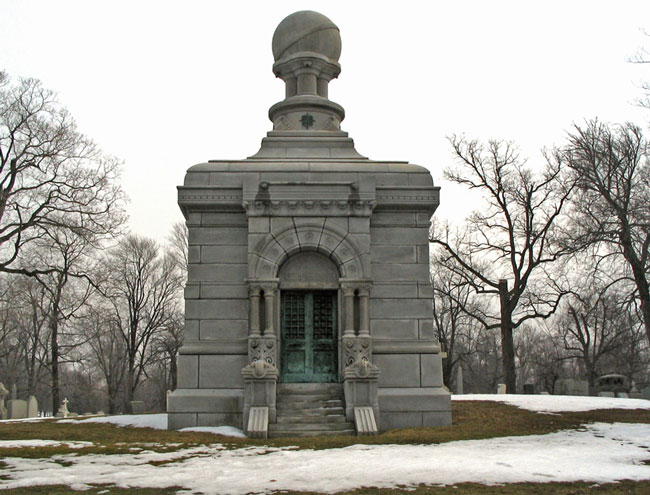 General Myer died on August 24, 1880, at the age of 51 in Buffalo, New York. An obituary for General Myer was published in Nature, one of the world’s oldest and highly regarded science journals. He is buried in a beautiful mausoleum in Forest Lawn Cemetery, Buffalo, New York, along with his wife Catherine Walden and other family members. Catherine was the daughter of Buffalo Mayor Ebenezer Walden. She and Albert had six children. The cemetery is open to visitors seven days a week and is a favorite spot for local birdwatchers.

Thanks to the folks at the WNY Chapter of the American Meteorological Society, who introduced me to this fascinating figure.